During the World Long Drive Championship in Oklahoma recently,  Wes Patterson, who had already recorded a monster hit measuring 423 yards, swung so hard his shaft snapped and flew off into the crowd. The club head was recorded146mph and ball speed of 216mph during the shot. He later signed the club for the unsuspecting fan who was hit by the flying club.

POTUS Does a Golf Thing

Sometimes It's Okay For Kids to Golf in the House 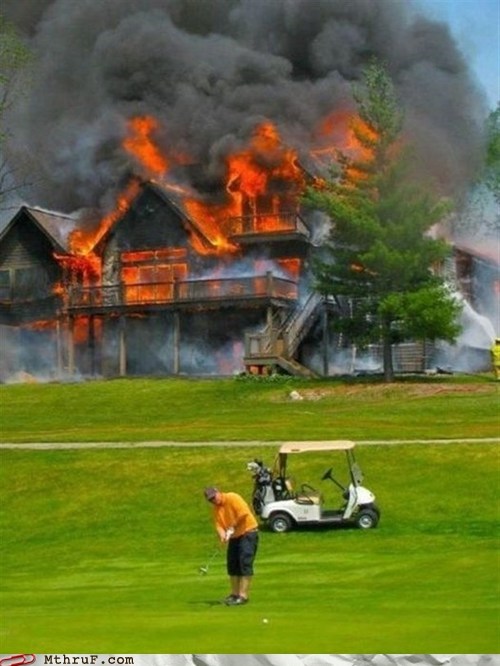 "Damnit... HEY COULD YOU QUIT BARBECUING BACK THERE???"