Ahhh the drive-thru. Parent's salvation from not knowing how to cook, and kids salvation how to get themselves absolutely filthy while eating and enjoy every second. If you've ever had a classic drive-thru story, chances are you might find something to relate to.

Can we take a moment of silent puzzlement for the dude who wanted sugar in his Coke? Whoa, there, champ.

The title says it all. These guys have an airboat style fan that they've strapped to a tasteful sofa and thrown that on some wheels. And they're off to get some food. What a marvel of engineering.

Drive thru workers are exposed to that strange gray area between customer and employee, when the customer feels like they're kind of "at home" in their car; but they're also interacting with customer service. It's this gray area that makes for some truly bizarre moments. We're talking old ladies ordering ice cream cones for their monkeys, a lizard chilling on the dashboard, a guy kicking it with his falcon right there. A whole lot of exotic pets actually. 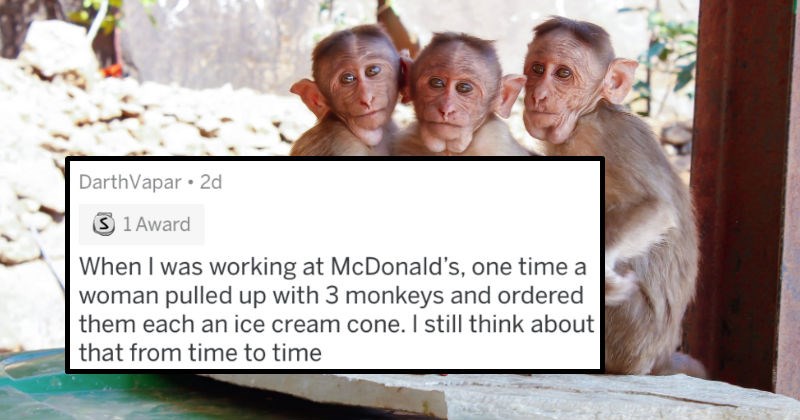 Guy With Delicate Ego Can't Pronounce Entree To Save His Life

Dude can't pronounce entree and he gets ridiculously defensive. This video is all kinds of cringe. Props to the employee for keeping his cool. Even when he continues getting bombarded with, "you sell chicken bro..."

Sherlock Holmes is on the case! This girlfriend's suspicions abound while investigating why a drive-thru employee welcomed them.

These guys weren't having any of this dude's sh*t when he refused to take their order.

This Alligator Just Wants Some Fast Food; Why is Everybody Screaming?

Florida Man Threw an Alligator Into a Wendy's Drive Through

In October, Josh James of Jupiter, FL threw a three and a half foot alligator into the drive through window of a local Wendy's restaurant. The authorities finally caught up with him and he has been arrested because apparently you're not allowed to go around town slinging large, dangerous reptiles at people.

Why would someone throw a three and a half foot alligator into a fast food restaurant? His mother told WPTV, "He's a prankster.  He does stuff like this because he thinks it's funny".

At This Drive Through You Can Order Your PSL in ASL 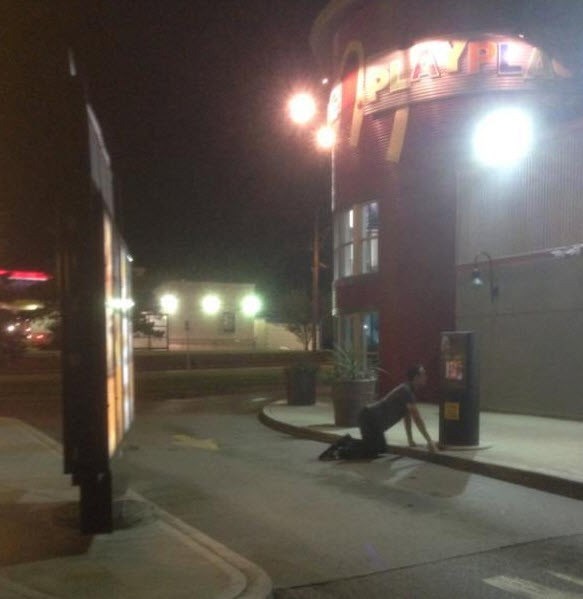 Dad Never Understood the Point of a "Drive-Thru" 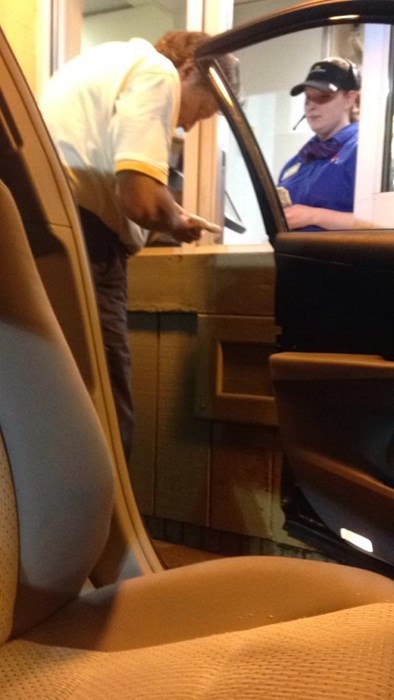 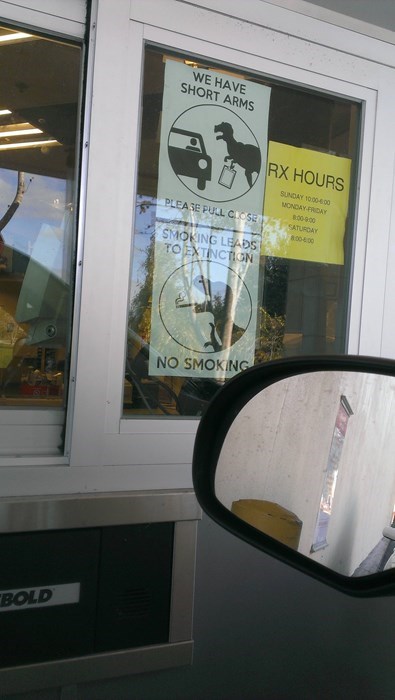 There Was Only a 50% Chance of Getting it Right... 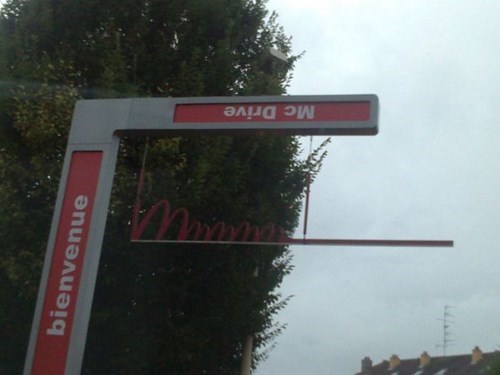