It doesn't seem like letting a student have an incredibly necessary tablet would be such a big deal, but ol' professor decided to get real cocky about it. On the opposite side of things, some educators are actually pretty cool, like these teachers who pulled total bro moves. 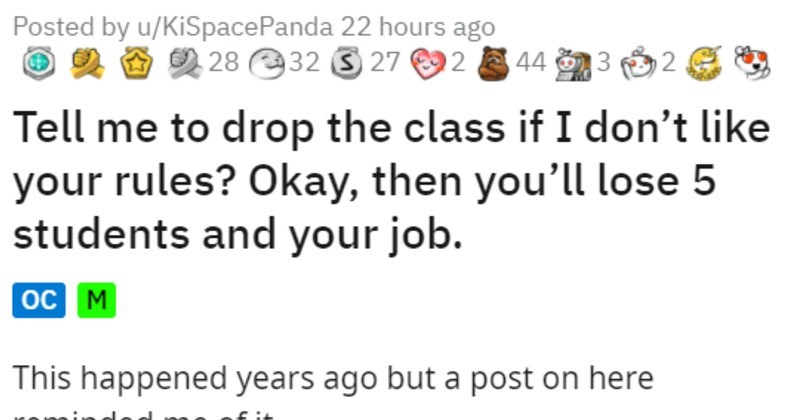 This expensive private school apparently could not handle the fact that this guy installed upgrades to their own charity before they got them. The man obviously has a code he's sticking to and he has absolutely run out of f*cks to give. Seems like he gave his last f*cks to charity. For more, here's a time he got in a row with a treasurer who couldn't comprehend a payment plan. 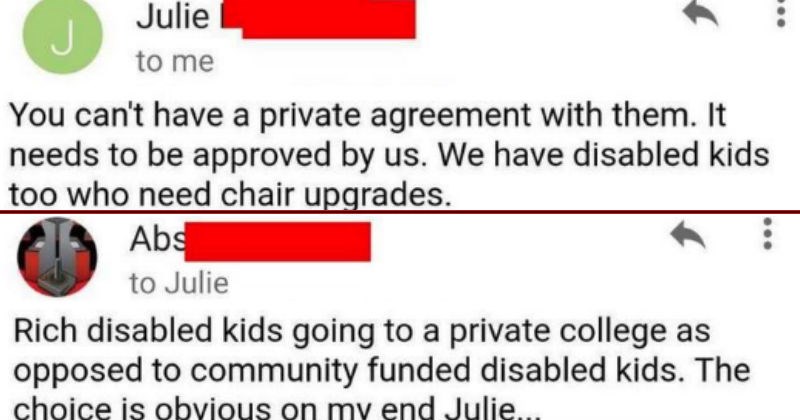 These are a mixture of funny, sad, wtf and mindblowingly frustrating. These folks shared moments when they found that the world wasn't very mindful or accommodating, or when it was overly sensitive and condescending. And sometimes it's just effin crazy. 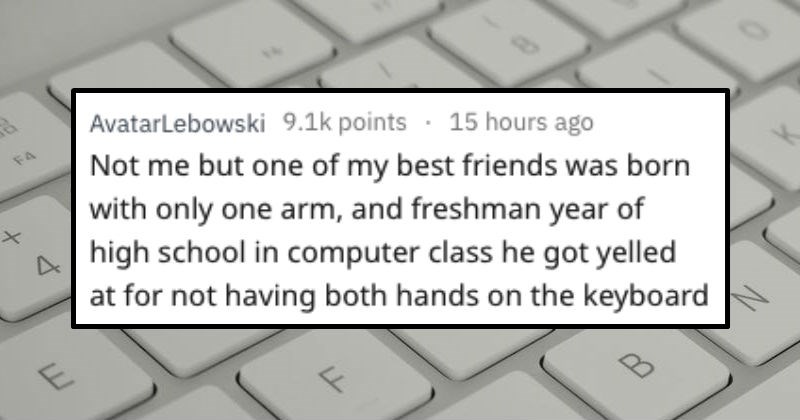 Face it, This Amazing Limbless Dancer Has Better Rhythm Than You

Via WCPO.com | 9 On Your Side
Repost
Recaption

An hateful Ohio woman with terrible grammar has incurred the wrath of the Internet with her rude response to a disabled woman.

Ashley Brady lost her leg in 2014 in an accident, and she now uses a prosthetic one to help her walk.

She was given a designated handicapped parking spot at her apartment complex this month so it would be easier for her to get to her car, but another woman who was not handicapped started parking there instead.

Brady left a letter on the woman’s car complaining that she was in her spot and that she would be towed if she did it again. The woman replied with another note which has since gone viral, because she is the absolutely the worst.

The Amputee Coalition of America posted her note to their Facebook page which you can view below.

Hey handicap! First, never place your hands on my car again! Second, honey you ain’t the only one with “struggles.” You want pity go to a one leg support group! You messed with the wrong one! I don’t care what your note said shove it, but you touch my car again I will file a report, I am not playing! I let the office know the cry baby one leg touches my property I will cause trouble so go cry your struggles to someone who cares cause I’m walking away with both mine!

“I read it probably like five times, over and over, because my brain just couldn’t even process the level of mean that it was,” Brady said.

Since posting the letter, she’s received lots of support from strangers on Facebook.

Hacking for the Public Good 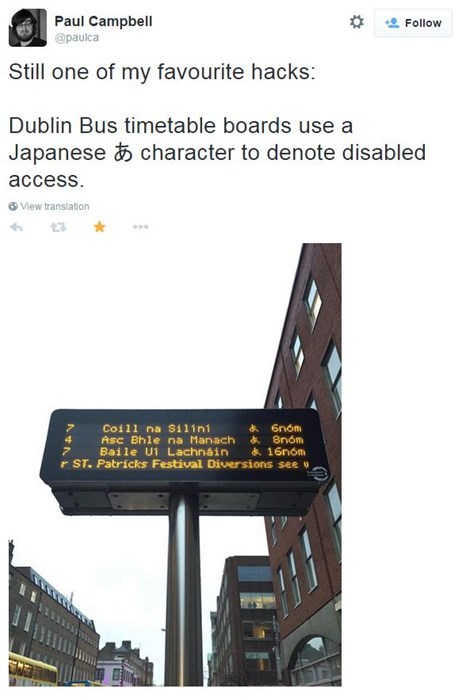 Heartwarming Footage of a Cochlear Implant Activated for the First Time

Via Be My Eyes
Repost
Recaption
Comments
Advertisement
WIN!
Favorite

This Breakdancer Doesn't Care One Bit About His Disability, Kicks it Anyway

The Children Are Not Amused by Your Ruse! 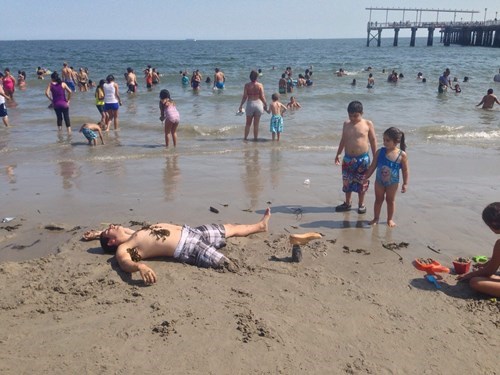 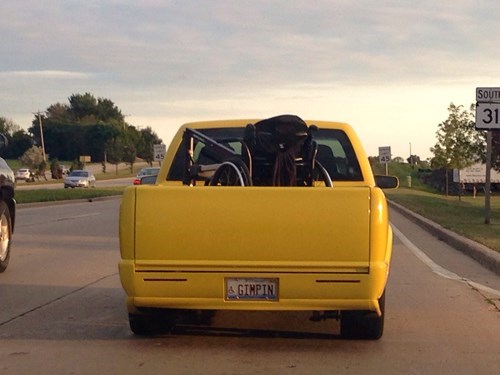 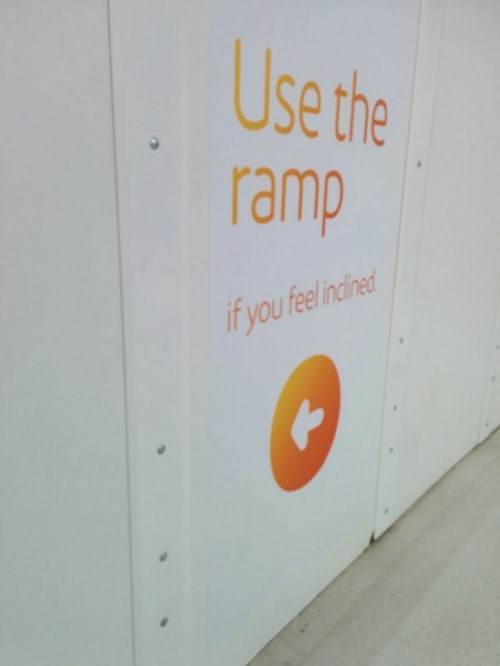 This is What it Means to be Charitable 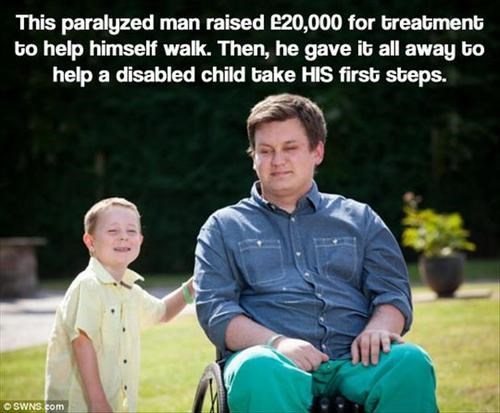 In Case of Emergency, Your Wheelchair Can Be Used as a Parachute 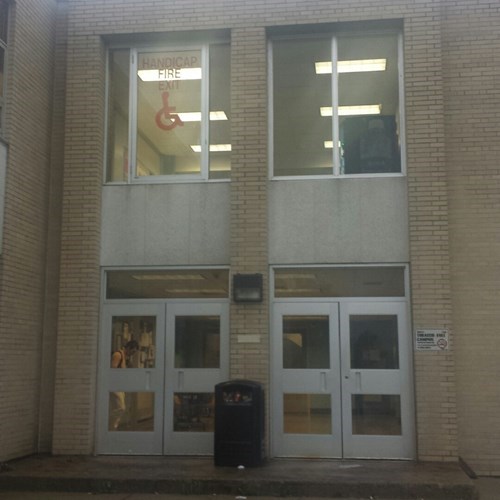 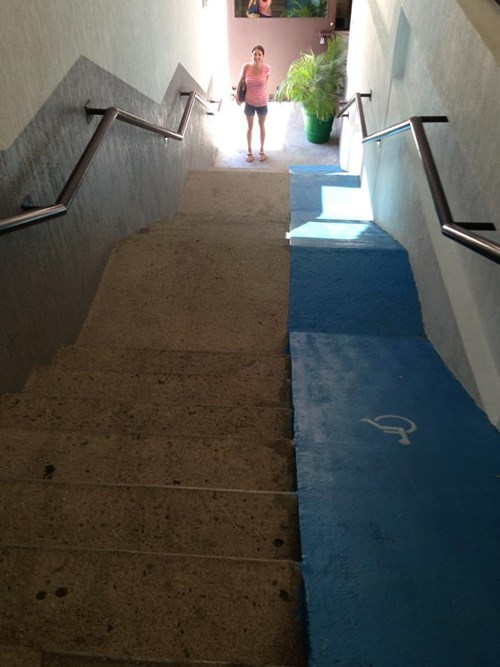 How a Piece of Guerrilla Art Changed Handicapped Accessible Signs 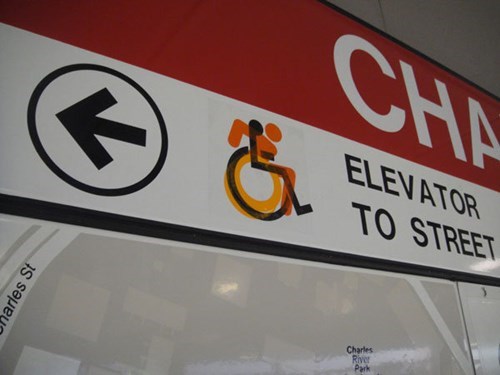 Brian Glenney and Sara Hendren started to "modify" existing symbols of accessibility to change public perception about disability several years ago. After the project gained the attention of New York officials the revised symbol is becoming officially recognized within the city.