You've got to be careful with those YouTube diet recipe videos. Regardless of whether or not the "diet soup" is actually a thing in this strange universe, the comments section delivered nothing but an onslaught of comedy gold. Many of us have had our unfortunate experiences muddling through gnarly phases of indigestion and flatulence upon trying funky foods that are reportedly healthy. Sometimes the body just acts up in unexpected ways. And whatever you do, pray for that poor dude at the end. Pray for him, ya'll. Check out some more gold from the world of Tumblr with this thread about becoming an Ant God. It's as fun as it sounds. 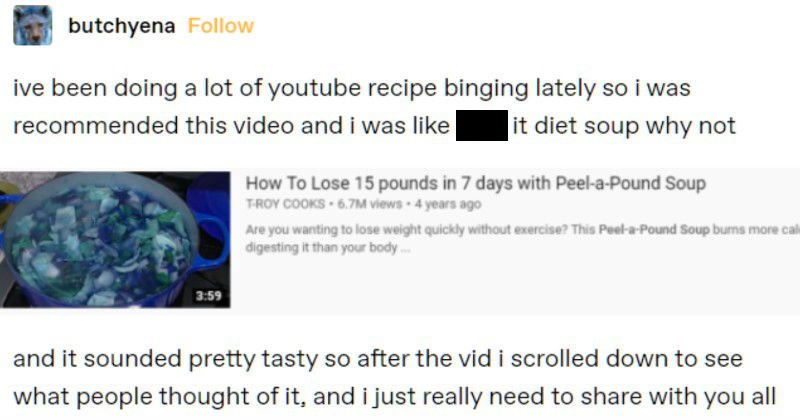 This educational Tumblr thread effectively debunks some misconceptions that folks have surrounding local and ethical farms. We have a Tumblr user come in hot with some "facts" that they clearly didn't bother researching themselves, before sharing. Fortunately another Tumblr user comes in to clear up the mess, and lay out the reasons why it's a worthwhile endeavor to support those local and ethical farms.

Check out another entertaining read from Tumblr with this story about the dad that defeated an evil snowplow with a steel enforced mailbox. A legendary story of revenge if we've ever seen one. 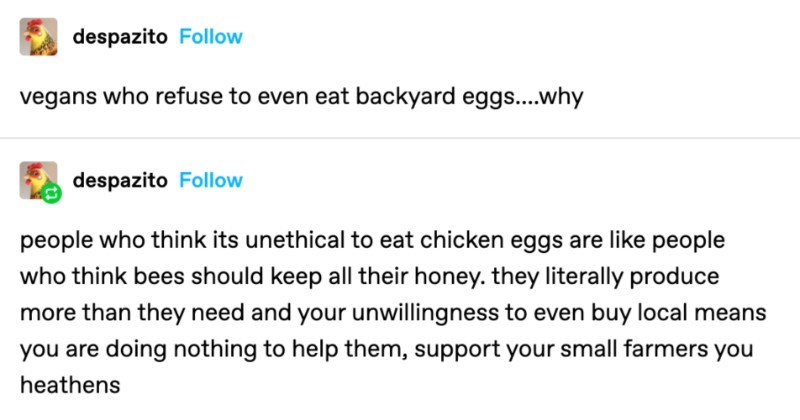 This guy asked folks on Reddit whether or not he was in the wrong for stranding his roommate with full rent, because he simply couldn't take any more of his roommate's strange rules. The gist of it is that his roommate's girlfriend moved in with them. Said girlfriend seems to have suffered some kind of trauma in the past, and can't stand being caught alone with the guy when her boyfriend isn't around. Considering the uniquely tough time that we're all living through, and how many folks are forced to be at home most of the time, this created quite the conundrum. So, most folks agreed the guy really didn't do anything wrong. 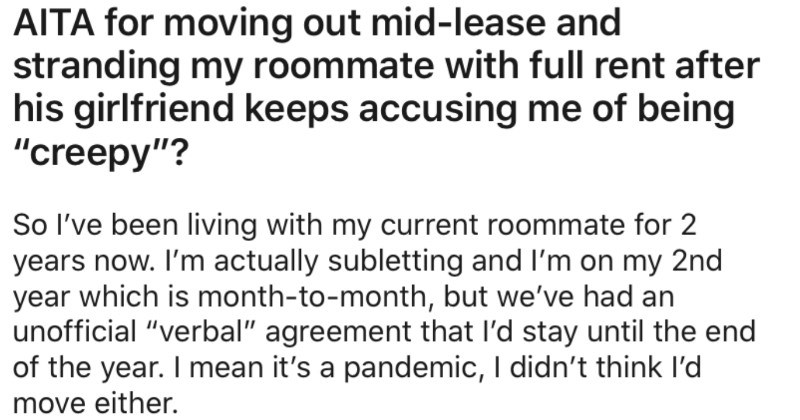 Modern life gives us a huge amount of liberty over our diets, and some diets are definitely more healthy than others. Often parents are trying to keep their kids safe and healthy as best they can, but it seems like lying to your kid about a life-threatening allergy isn't the right way to go about it. It's kinda reminiscent of these vegans who were called fake because they feed their cat meat. Sometimes the exact opposite of this happens, like when this Tumblr user realized they actually had allergies. 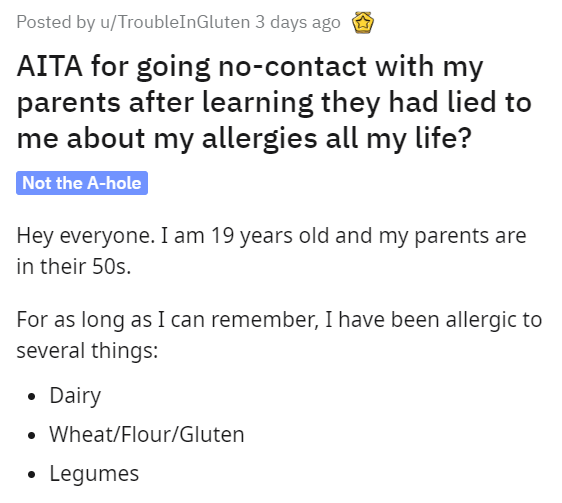 Vegans Called Fake Because They Feed Their Cat Meat

This one seems pretty cut and dried. Their friends seem a bit extreme and have a hard time understanding what cats eat. The decision to eat meat is one that causes bacon drama between fathers and daughters, and poor dietary information can lead to some really awkward situations like this woman who learned mayonnaise wasn't vegan. 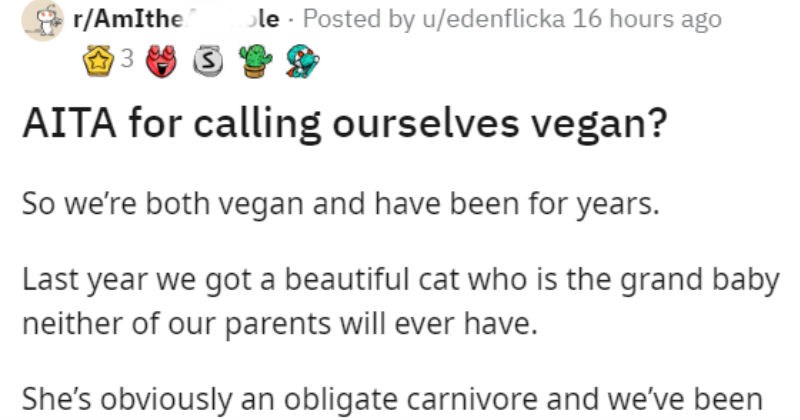 Good stuff here. Nice to see a meat eater and a vegan talking things through in a respectful, calm, and collected manner.

Strict Vegan Kicks Out Boyfriend's Daughter for Tampering with Their Food

This is a mess. It's messed up to tamper with someone's food, but it started with everybody making some pretty bad decisions that led to this point. Gotta say, the jury's verdict that everyone sucks here is pretty compelling. For more vegan drama, here's a reversal of the situation, where a dad who doesn't want to stop cooking bacon because his daughter's diet. For more on the subject, here's a chill vegan's explanation of the Burger King lawsuit. 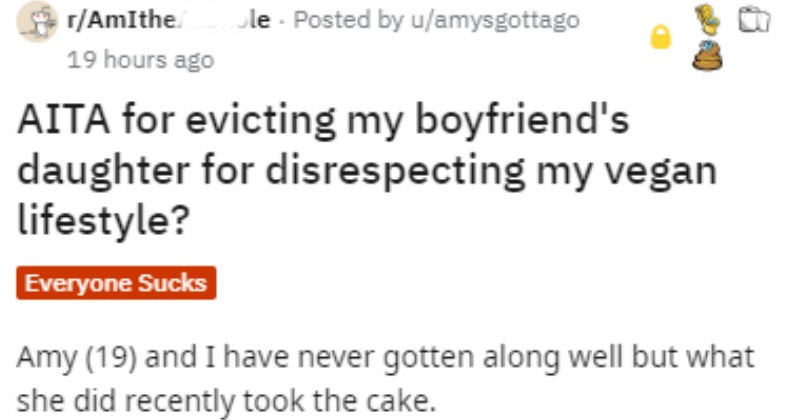 It seems like there's some more drama going on here than just some milk and cookies. That said, this uncle gave his reasoning for his decision to let his niece have something that her mom didn't approve of. And the internet weighed in. For another story of family drama with uncertain moral implications, check this one out. 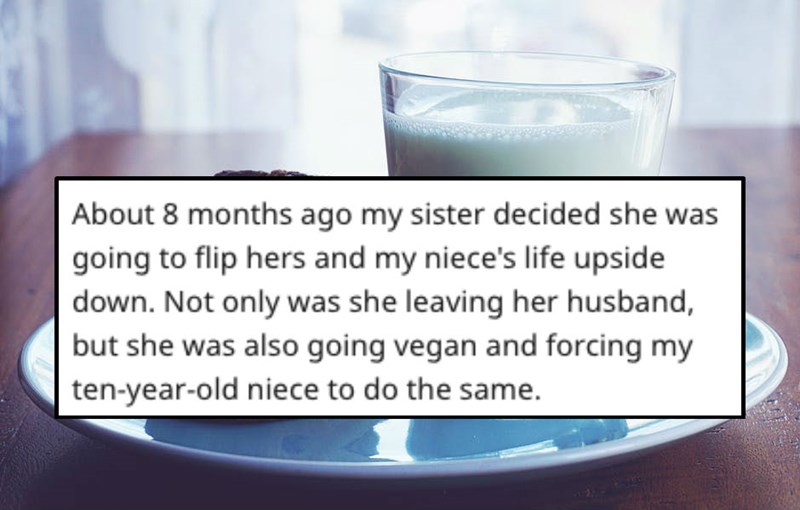 Pretty soon Daniel Day-Lewis will be drinking your milkshake. 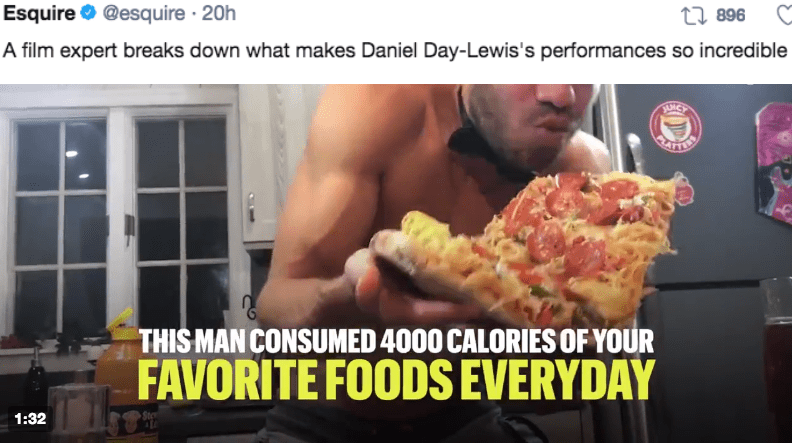 His girlfriend asked for some help with her diet and now she's got an entire YouTube channel (CotDammitElizabeth) dedicated to shaming her bad habits. 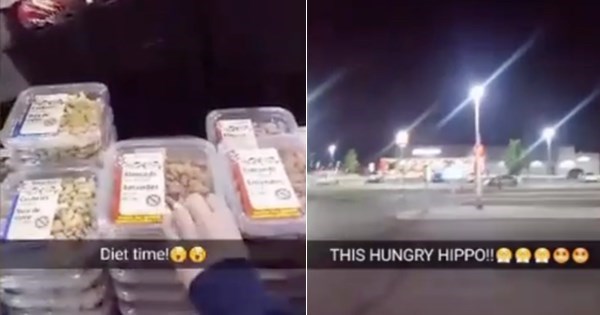 Look at Me! I'm Doing a Thing! 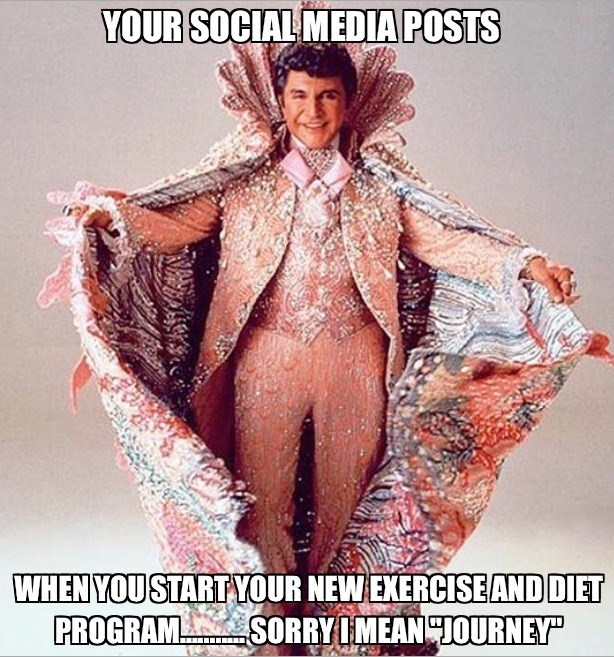 If You're Full of All the #EatClean Posts on Instagram, This is the Break Your Feed Needs 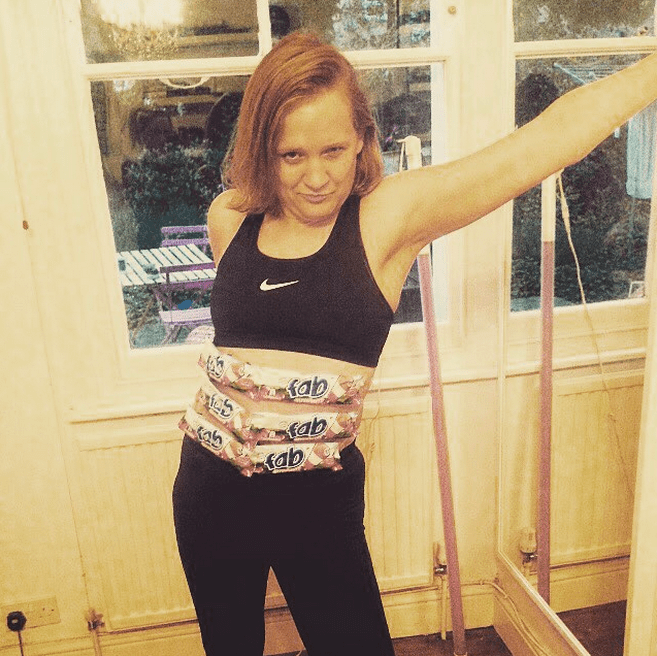 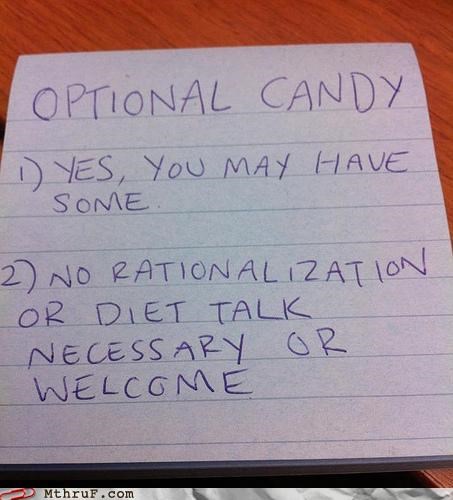 Watch a Normal Guy Try to Eat Like The Rock

And fail. He fails a lot. He tries to act like he doesn't fail. But it's a fail of a fail.