I don't know how this atrocity came into existence, but one of the world's most notoriously handsome soccer players, Cristiano Ronaldo was bestowed one profoundly unsettling sculpture that's supposed to be him. Dude based off the following hilarious comparisons alone, I think it's fair to say the mark was missed, overshot, etc. 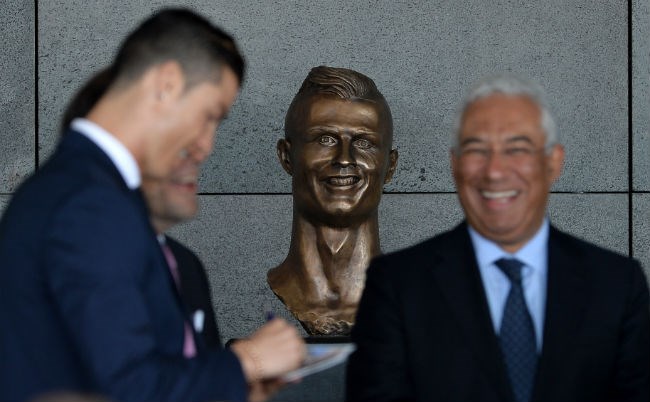 When Cristiano Ronaldo is Kicking a Penalty Kick, You Pay Attention

Cristiano Ronaldo Dons a Disguise to Do Soccer Tricks for Change

If a world famous futbol player puts on a fat suit and wig, will people still recognize his talent?

Surprise of the Day: Cristiano Ronaldo Plays Soccer with Kid in Disguise

He wore a shaggy wig with fake mustache/beard, sunglasses and a baggy sweatsuit, and he carried a blue backpack. Look… he’s just like us!

The two played juggled the ball around a bit without drawing any attention.

He eventually removed his disguise, revealing his true identity to the boy and everyone else in the street who immediately pull out their phones to take pictures.

Before walking away, he gave the boy a hug and signed a ball for him.

Behold, The Most Glorious "Eff You" in Soccer History

Cristiano Ronaldo wants the ball boy to hurry up and give him the ball. Ball boy doesn't appreciate Ronaldo's tone.

Okay, Cristiano Ronaldo's Tweet Was Weird Enough, But Then the Commenter Had to Go and Out-Weird Him 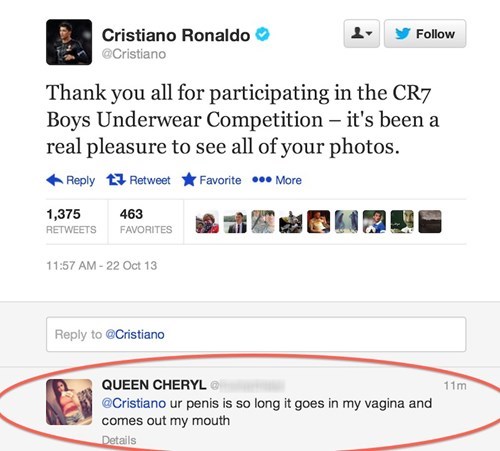