The level of entitlement in this scenario is truly beyond comprehension. We just don't understand how people end up losing touch with reality like this. There's no possible way to reason with anyone approaching a negotiation like this. 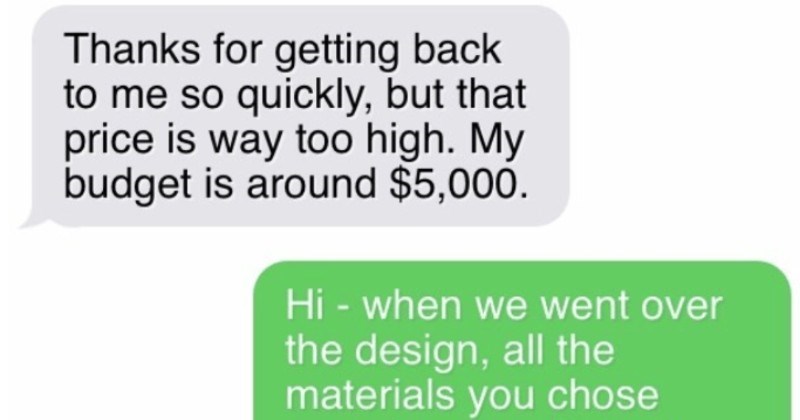 Man Takes Revenge On Boss, Steals All Of His Employees

Some bosses turn mean and petty when they realize that their employees are about to hit the road and head for greener pastures, with greener paychecks. In this case, the guy's boss decided to turn into a petty piece of work upon learning that he was going to lose him as an employee. The guy decided to one up his boss on the petty antics, and ended up stealing all of his boss' employees. All it took was offering them a bit better pay. The fact that the boss didn't have any of their phone numbers definitely speaks volumes to the kind of "business" that he was "running."

For some more revenge drama, check out this lazy truck driver who tried (and failed hard) to fake an injury to get out of work. 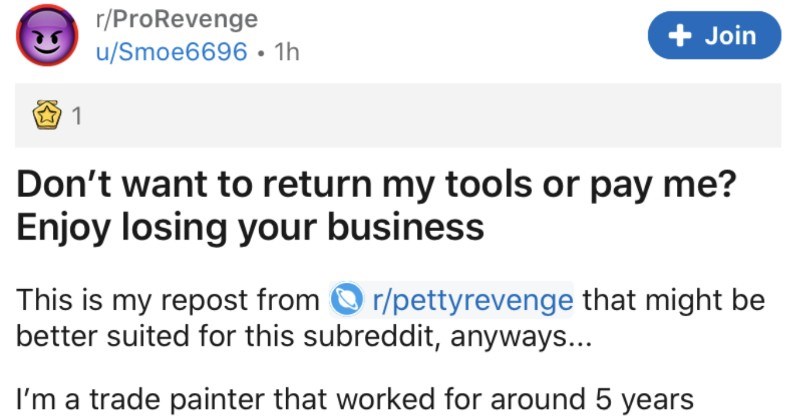 How dare this contractor go and break their arm before checking with the testy client to see how they felt about it. So inconsiderate! 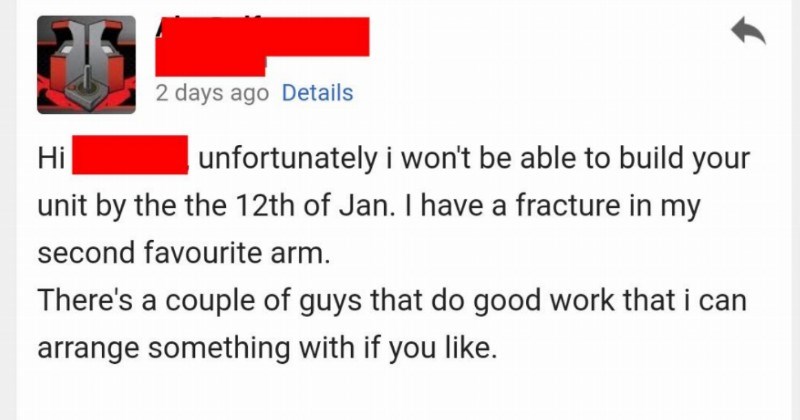 Seeing a stupid boss make an idiotic mistake, underestimate the value of a person they hired, and then not only have to walk it back, but also have to pay for it, is music to our ears. For another awesome story like this, here's an incompetent boss who demanded a contractor be on call 24/7 and ended up having to pay a $10,000 invoice. 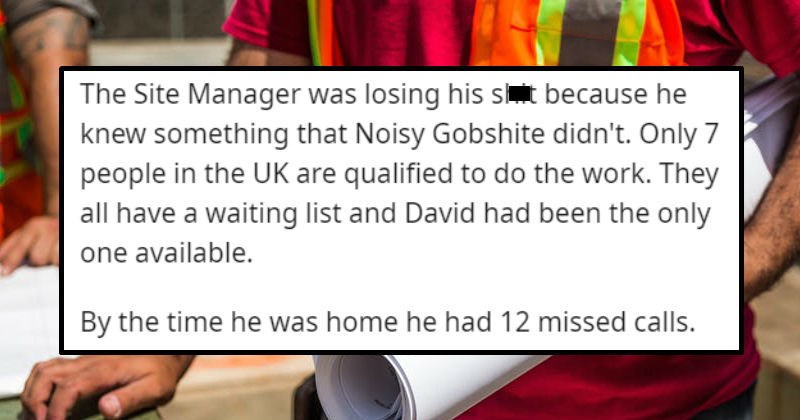 Incompetent Boss Insists Special Contractor Be On Call 24/7, Ends Up With $10,000 Invoice

Those phone calls are almost as expensive as talking to local singles in your area. Usually having a stupid and demanding boss doesn't leave you with getting paid thousands of dollars for doing almost no work, but seeing it happen here is encouraging. Dumb bosses usually just make people frustrated or cause everyone to quit at once. Honestly, this story just makes us want to be programming contractors now. 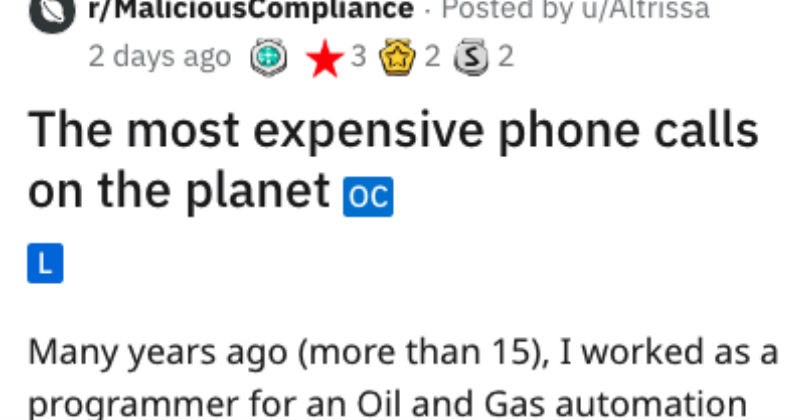 Larry is out here living his BEST life!

Shocked Contractor Tweets About An Absolutely Ridiculous Day On The Job

What a MESS of a day on the job. This contractor showed up and was in for a scene he was not ready for. You know, a bunch of crazy kids passed out in a temporarily vacant rich people's home.... 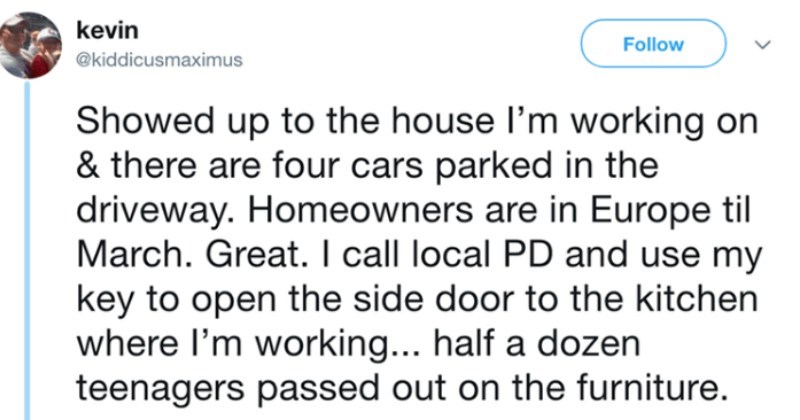 For the uninitiated, this is an updated version of this exchange where one guy absolutely could not handle having to wait 2 weeks for a desk to be built. So here's part 2. Note: Mark is not the rude dude. Our man comes in later for an attempt at an apology. It goes about how you'd expect. 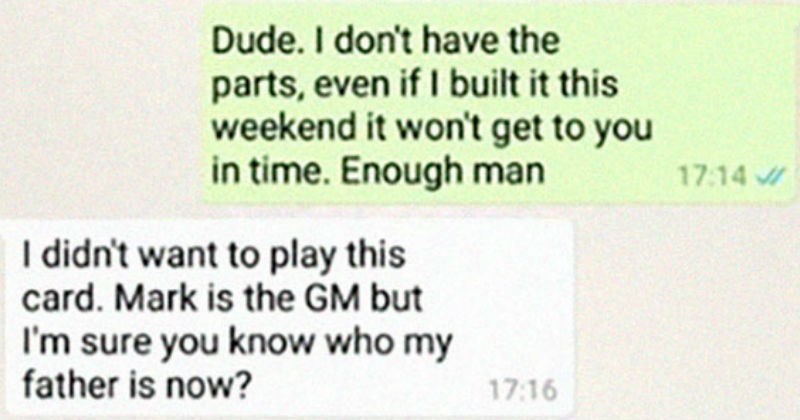 Oh Yeah, Sure, It's Fine to Cut Up. It's Only the SUPPORT STRUCTURE. 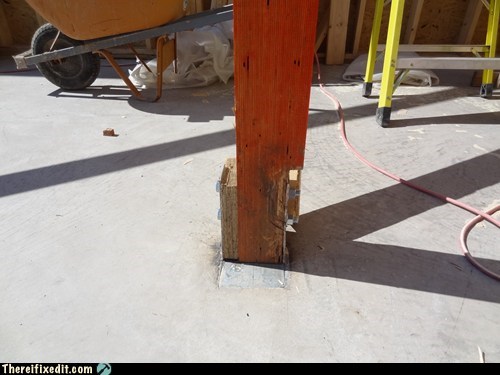 This was a local contractor's solution to a structural column foundation located a few inches off. I can't support this kind of fix, though (and neither can it, apparently).

Something's Not Quite Right... 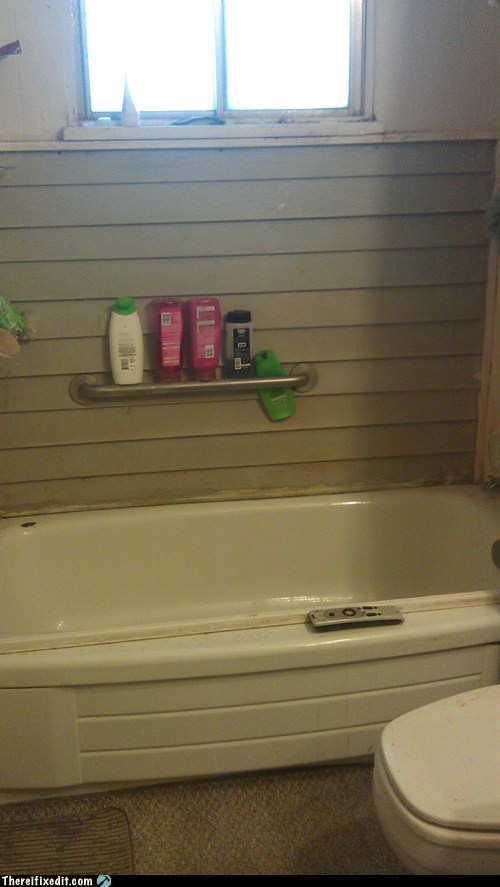 What Is This, a Shower For Ants?? 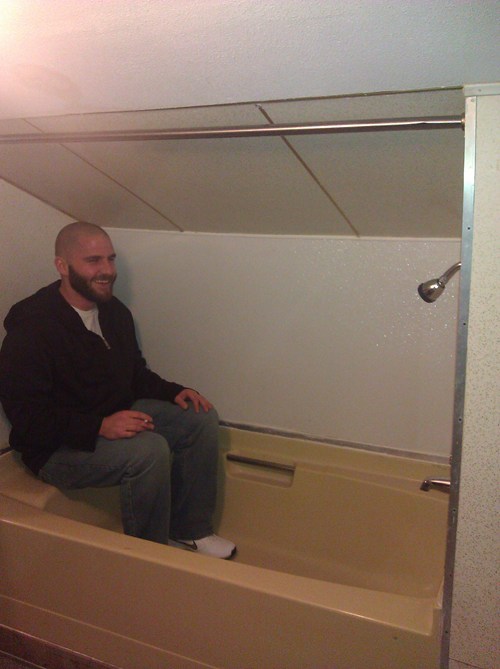 By Justin
Repost
Recaption
Comments
Advertisement
There, I Fixed It
Favorite

This is Why You Shouldn't Hire Me 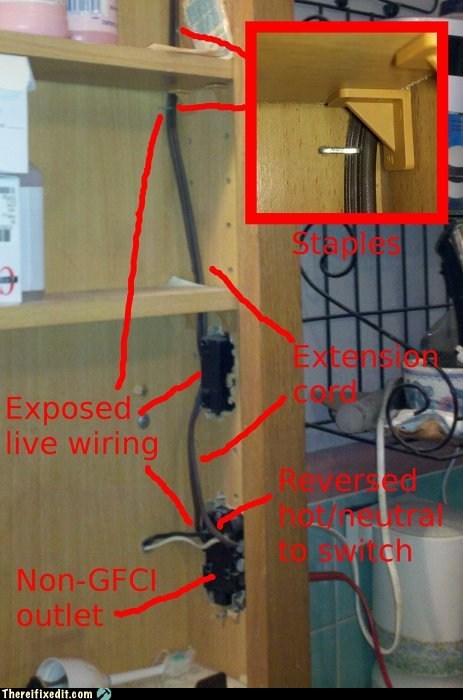 So far I only have a 50% litigation rate. Could be worse.

A Banister Never Pays His Debts 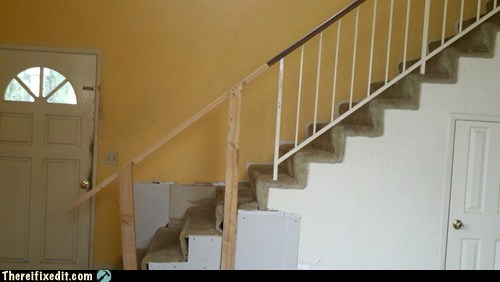 I decided to just stop paying my contractor halfway through. At least I got a great conversation starter out of it! 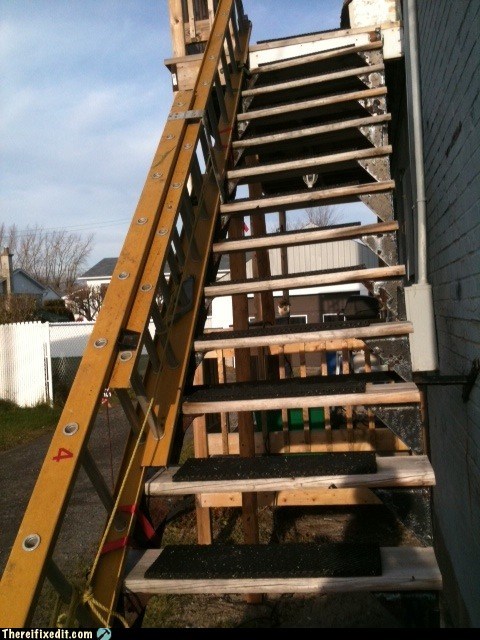 By happylewie
Repost
Recaption
Comments
There, I Fixed It
Favorite 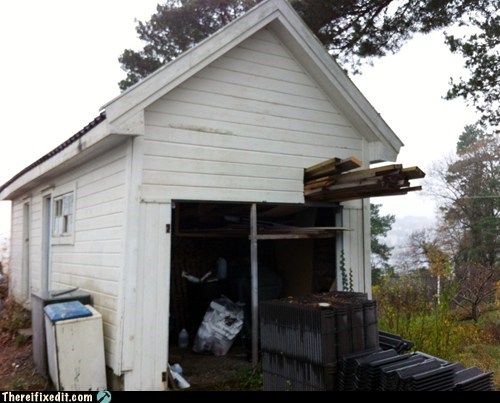 Just be thankful he got caught before finishing his plan.