Ever thought to dilute holy water? Well apparently you can. Some folks have a few jugs of pope-certified holy water just kinda hanging around in the back of their linen closet. For something lighter, here's a wholesome Tumblr story about summoning a demon while making a sandwich. 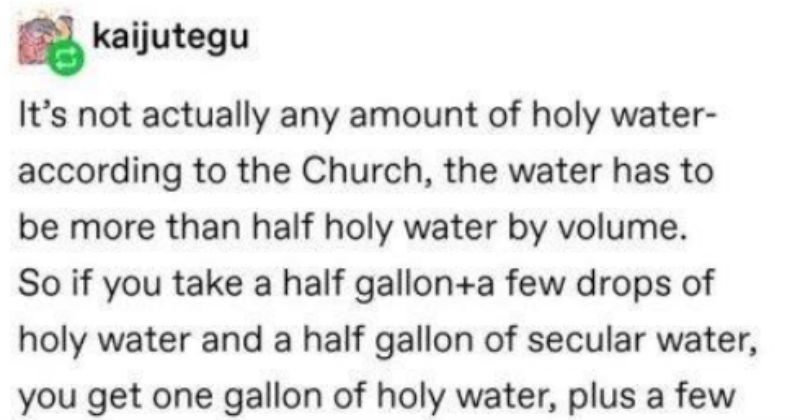 Blackfriars Priory School out in Adelaide, Australia was required to cover up this statue, and anyone with the smallest sliver of dirty in their mind won't be hard-pressed to figure out why. There's no way the sculptor didn't know what he was doing on this one....SHAME. 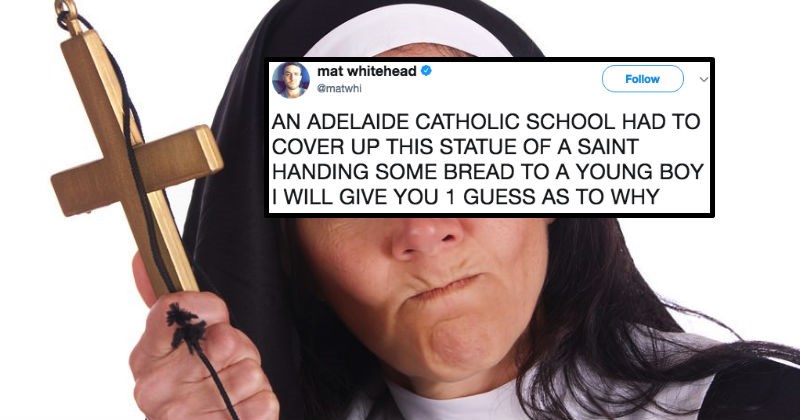 Catholics Have The Best Sense of Humor

Detention at a Catholic School Was Tedious 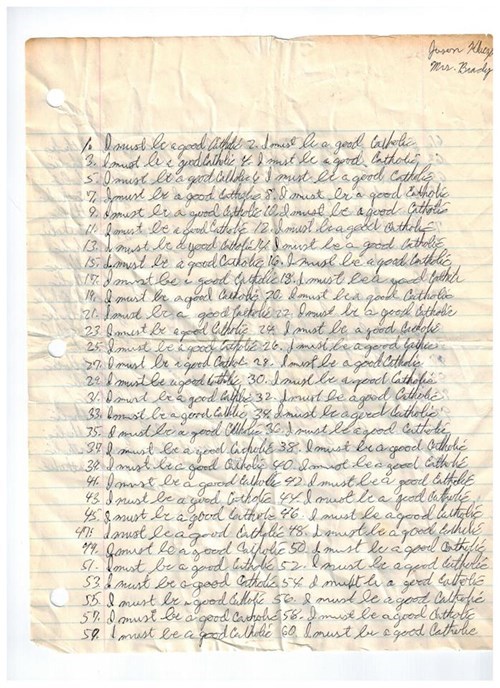 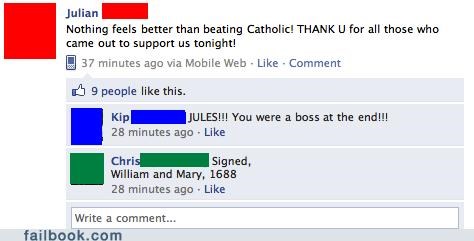 Oh Yeah, and Jesus is Our Lord and Savior 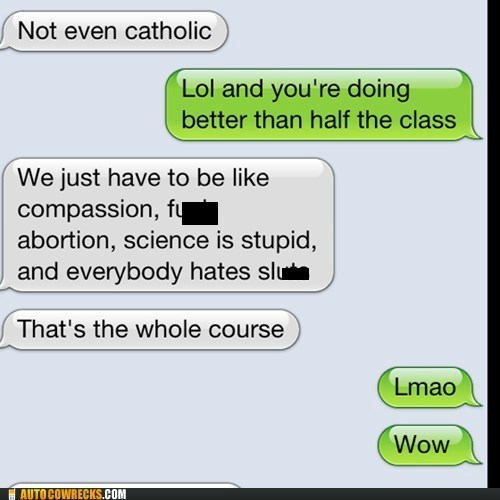 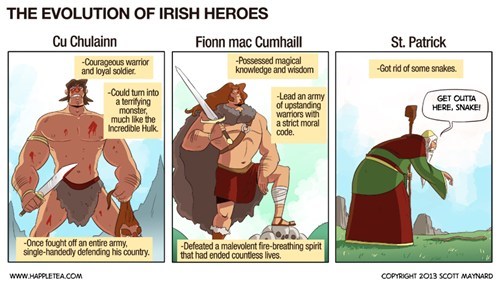 Who are You to Judge? 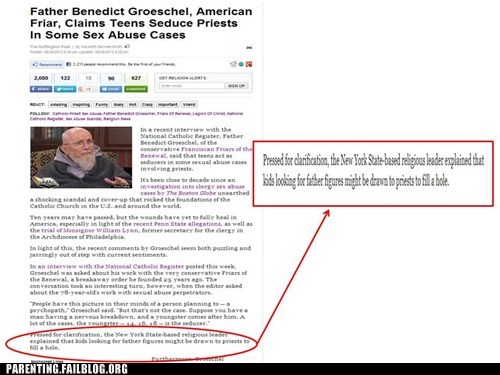 I Believe the Word You're Looking For is "Praying" 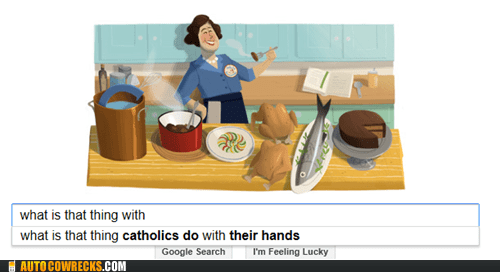 By AnimeCritic16
Repost
Recaption
Comments
There, I Fixed It
Favorite

There I Fixed It: 21st Century Catholics 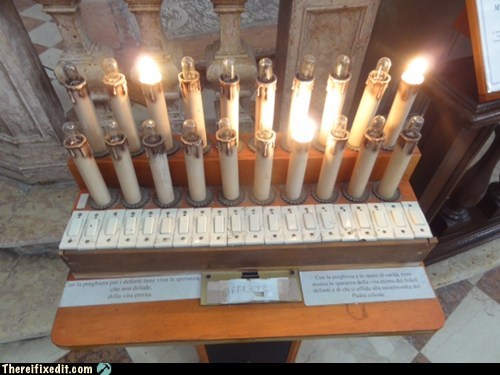 Real candles are too much work!