We're not sure who's more shocked here; The retail worker who learned the power symbol isn't a camera, or the tech support dude who had to tell them? 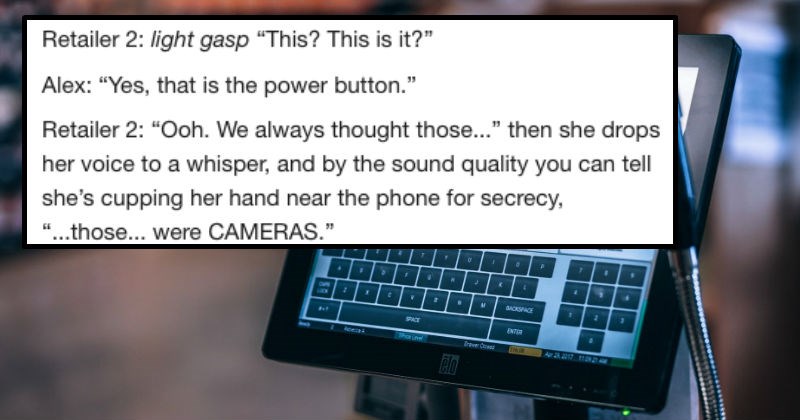 Amazon Dash Isn't an April Fools' Prank, So the Internet Made It One

Amazon announced a new little button March 31 that orders a specific product from the retail giant when pressed. It's called the Amazon Dash.

You stick it around the house and hopefully push it within two days of actually needing something. 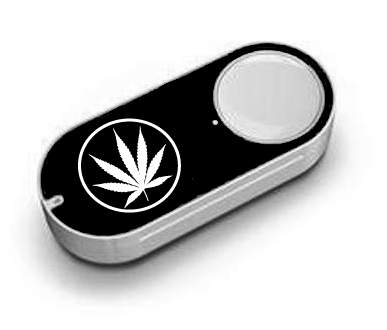 Ever Had Your Hands Full in the Elevator? 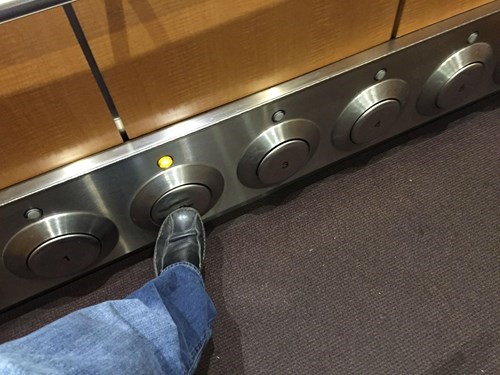 In the Event of an Emergency, Push Button

If It's a Real Emergency, Adrenaline Will Power You Through 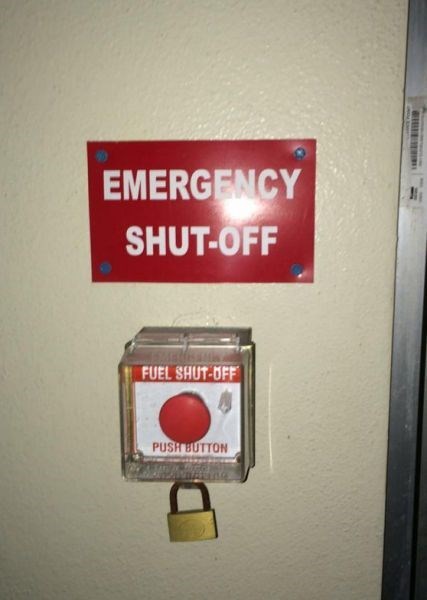 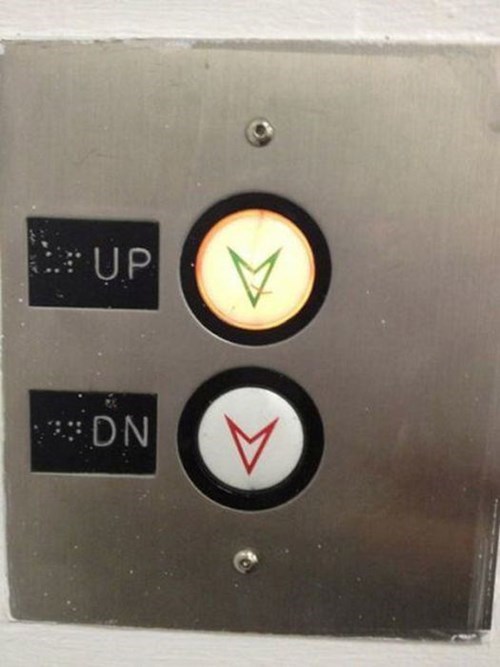 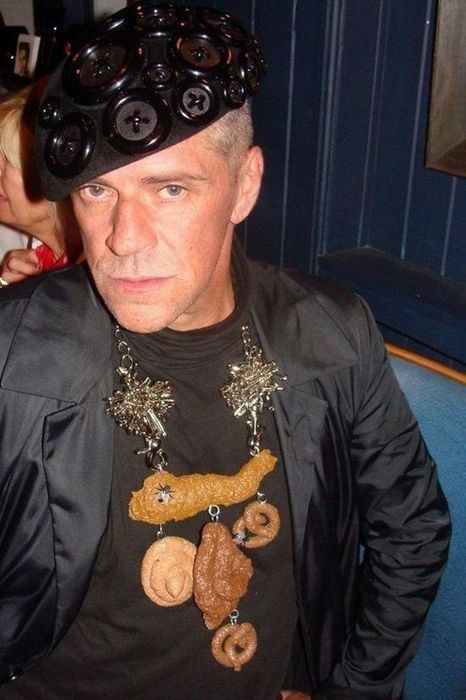 Welp, time to finish off the bottle of wine seeing as I don't have a cork for it anymore! 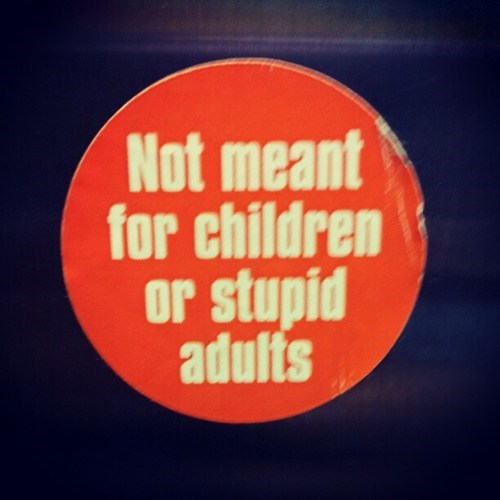 Lost the Button, Why Not a Pin?

"The rubber button fell off my bike's rear light, and the actual switch was far in the case so I needed something thin to reach it. Turns out a pin fixed with scotch-tape is almost perfect. Paper is for improved length adjustment and better stability of position."

A button that holds on to your headphone cable, how convenient! 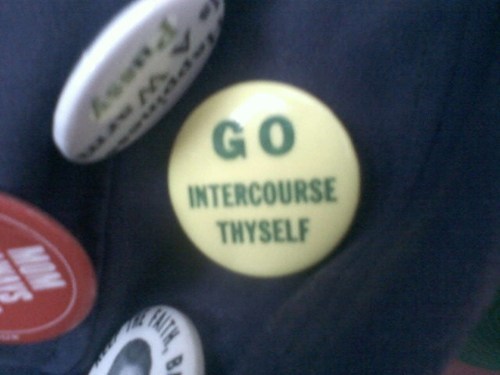 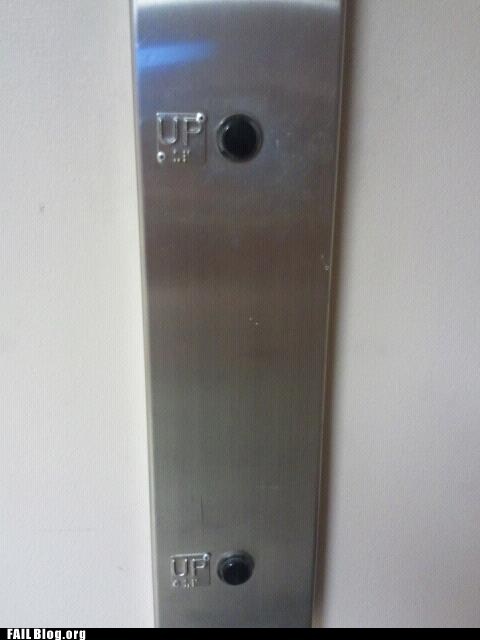 Most Unnerving Sights That Sailors Witnessed At Sea