Drummer Plays Exactly In Time With Expert On Speed Bag

While the drumming is impressive on its own, the dude working the speed bag is something else. Geez.

For real, we're looking at "The Curious Case of Mike Tyson." This legend is aging backwards. His explosiveness seems like it's better than ever. Roy Jones Jr. still has some time to cancel that upcoming bout in November.

Imagine how frustrated and utterly exhausted the other guy must've been. He might as well have thrown in the towel after not being able to land all those punches.

Twitter user, @AngryManTV, shared a remarkable thread about his experience unearthing his grandfather's unexpected past. Turns out this guy's grandpa was a true unsung hero, who had a boxing career that was cut short due to pressure from the mob. You don't see stories like that everyday. 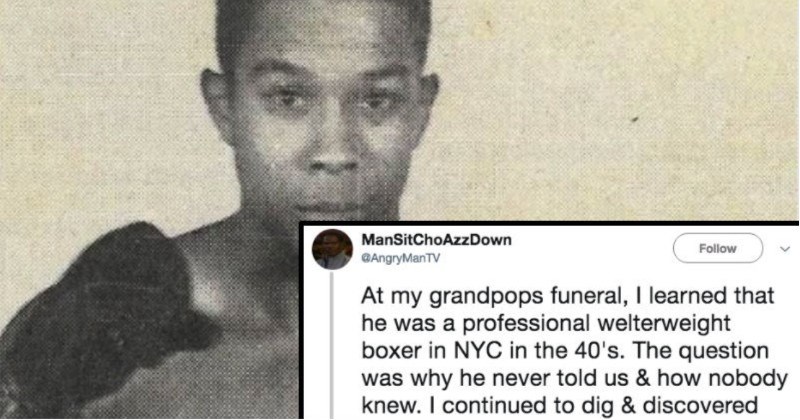 Just imagine if George Foreman accidentally struck the bag holder in the hands. His punches look as powerful as lightning strikes.

Boxing Coach Is The Greatest Demotivational Speaker Ever

He insults people and they actually pay him for it. What a job!

A viral video released by TMZ, has surfaced that shows what appears to be Conor McGregor punching an elderly man at a bar, over an alleged dispute about a whiskey shot.

Apparently McGregor was passing out cups to patrons at a bar called the Marble Arch in Dublin, in April, and encountered this guy who declined his drink offer. This rejection rubbed McGregor the wrong way, as you can see what looks like McGregor sucker punch the guy before being carried out.

An official from Ireland's national police force released a statement to the MMA Junkie that reads:

"Garda are investigating an assault incident that occurred at a public house in Drimnagh, Dublin 12, on 6/4/19 at approximately 2:30pm. Investigations ongoing in relation to this incident and no arrests have been made to date," the statement reads.

Jimmy Smith, The Worst Boxer In The World

Jimmy Smith is all of us trying to figure out the controls in a new video game.

Oh he pulled up on that internet troll and it's way too satisfying!

Andy Ruiz Jr. took the world by surprise on Saturday night when he dethroned heavyweight champion, Anthony Joshua (22-0 with 21 knockouts). You could say that nobody saw it coming. Check out the highlight footage from the fight here.

You don't even have to follow boxing and the stars in it to be amazed by Ruiz Jr.'s performance. That being said, Stephen A. Smith was all kinds of outraged, and went on a tear on Twitter. Ruiz Jr. had some words for him at a certain point, and can you really blame him? 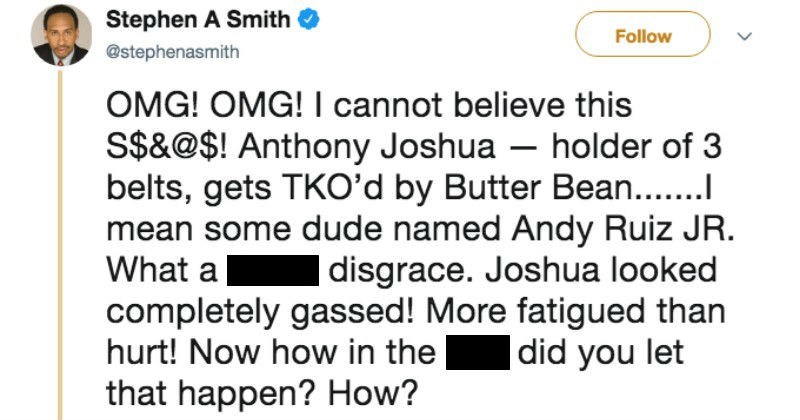 The boxing world came to a standstill on Saturday night when Andy Ruiz Jr. shockingly defeated reigning heavyweight champion, Anthony Joshua. From the physicality to the reputation of each fighter going into the fight, nobody saw it coming. Take a look for yourself. It's absolutely insane!

Mike Tyson just KO'ed any lingering doubts anyone might have about whether he still packs ruthless power behind his punches. My god. My screen winced in scared anticipation of what the world would look like if that left hook connected on anything. Pretty sure a concrete wall would piss itself. This all surfaces after that video we saw of Mike Tyson explaining why he doesn't work out anymore. Here's that if you need to be terrified further. 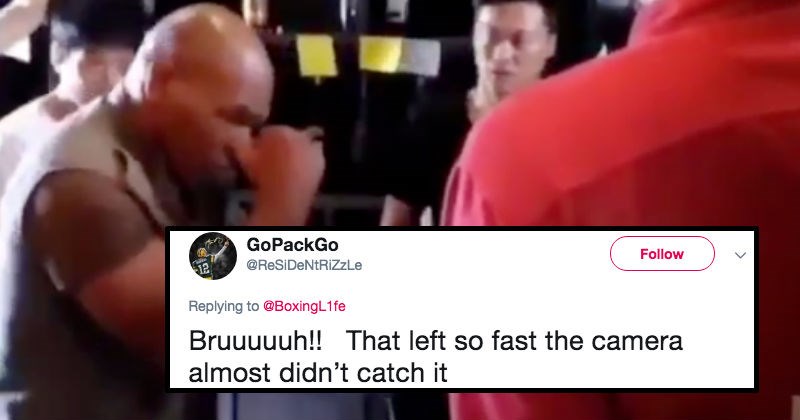 Mike Tyson Explains Why He Doesn't Work Out Anymore

Mike Tyson's the youngest heavyweight boxing champion in the world. He's conquered foes in the ring that a lot of the world couldn't even touch. He's risen to the top, fallen to that rock bottom; but he came out the other side of it, ready to close that chapter, and move forwards into a life freed from ego. Ego is the core of why he doesn't work out anymore. Tyson believes the moment he gets back into working out, is the moment he awakens that other side of himself, the Beast, if you will. It's fascinating and inspiring to listen to him explain.

Guy Punches His Friend Too Hard At The Wrong Time

Floyd Mayweather and Conor McGregor are back at it exchanging spicy tweets in a fiery Twitter spar. Just when it seemed like Mayweather had sealed the deal by bringing more attention to his victory over McGregor last summer, he ended up setting the stage for his own ultimate demise. Sometimes it's best to go out when you're on top. 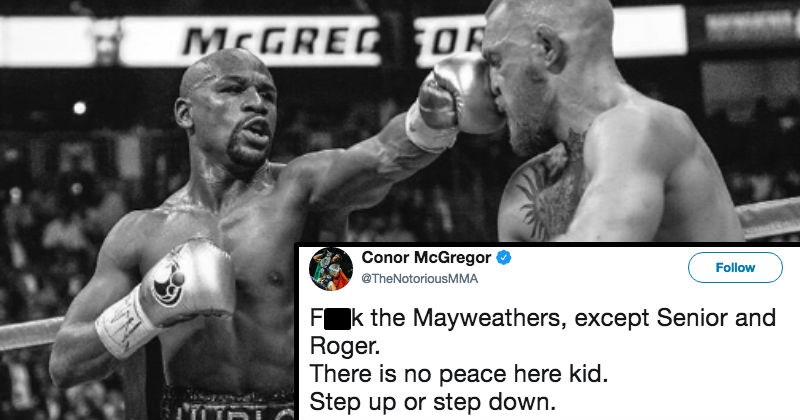 Our Favorite Funny Memes From The Floyd Mayweather-Conor McGregor Fight 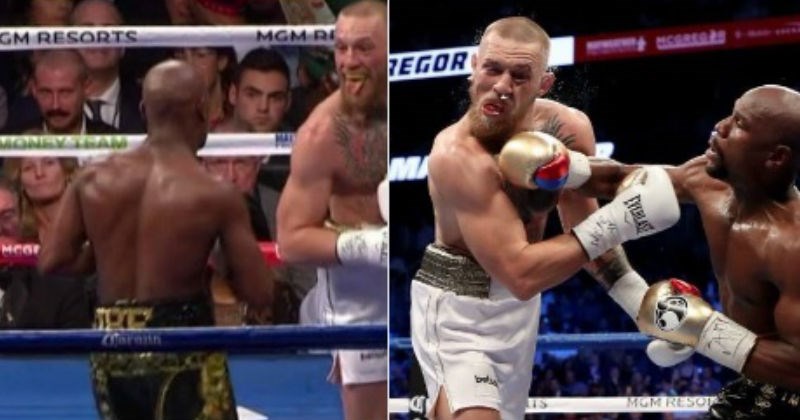