Bill Nye the Father Guy! But seriously, ever heard of meiosis, Daniel Tosh? 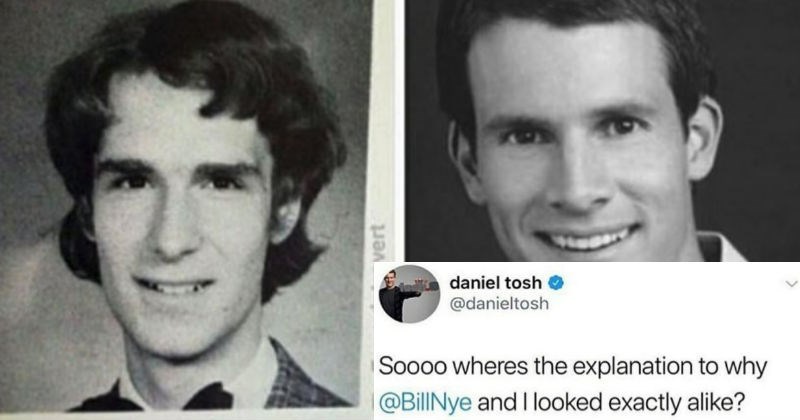 Leave it to Bill Nye to keep things fresh and interesting.

Welcome to the Neighborhood 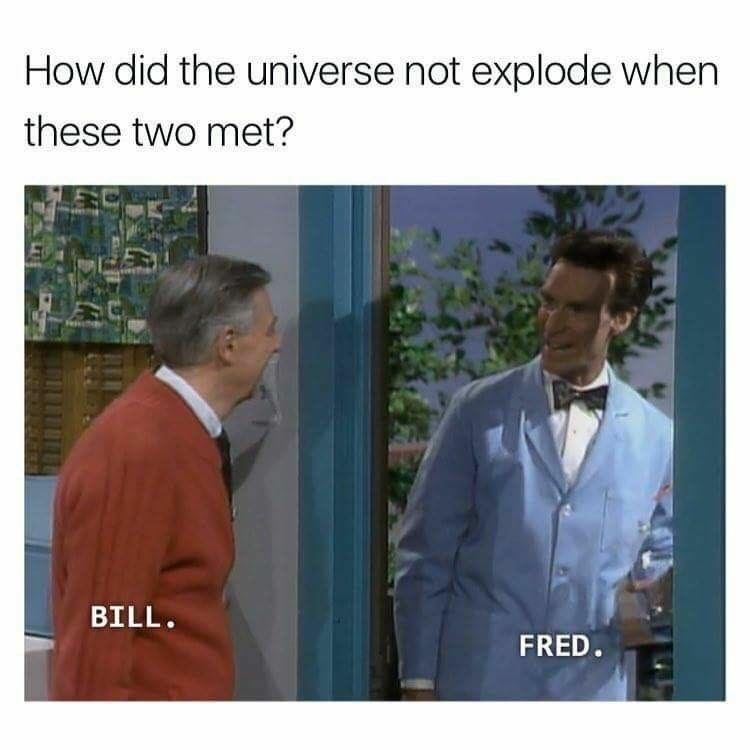 It's Okay to Binge Watch on Netflix Now, Bill Nye Said So

Via Netflix US& Canada
Repost
Recaption

Stay Warm Out There 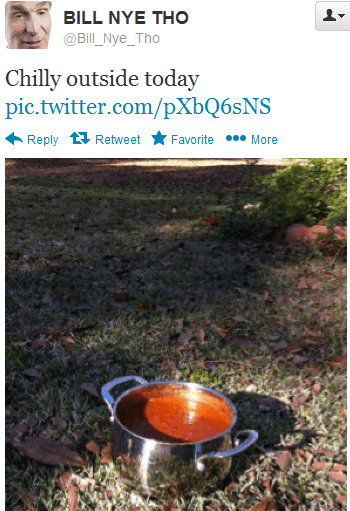 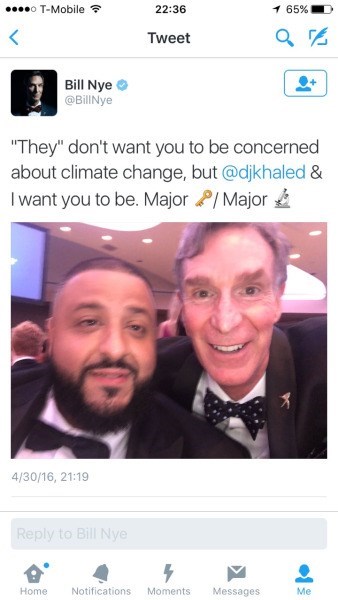 The Three Musketeers of Learning 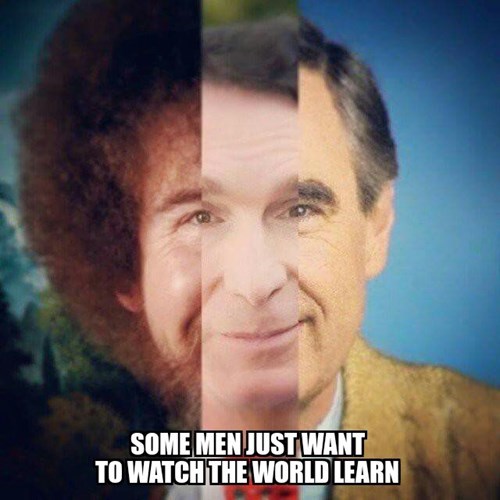 Celebrity Guest of the Day: Bill Nye Appears on 'Whose Line is it Anyway'

Bill Nye appeared on Whose Line is is Anyway and showed that this Science Guy has some serious comedy chops.

With fan favorites, Ryan Stiles and Colin Mochrie, the trio played a game where Stiles' hands were provided by Mochrie. And they were all in space because duh—science.

Things got hilarious very quickly, with Bill Nye having to taste some of the "space food."

Ryan ended the skit on this final gross note.

The Science Behind A Retort

They don't call him 'the Science guy' for nothing

Inertia is a Property of Matter