Arnold Schwarzenegger is using his platform to spread awareness regarding COVID-19. He's telling people to treat this seriously, and ultimately stay at home.

A legend salutes another legend.

Arnold Schwarzenegger appears to be doing just fine after a historically savage flying dropkick to the back recently. Yeah, he shook that one off like a champ, and he's returned as "Howard Kleiner." He's trying to promote electric cars in a partnership with California non-profit Veloz.

Arnold Schwarzenegger Takes Absolutely Brutal Flying Dropkick To The Back

71-year-old Arnold Schwarzenegger took an absolutely savage flying dropkick to the back when he was at a sporting event in South Africa. An update on Twitter from Schwarzeneggerconfirms that he won't be pressing charges, and instead hopes that the massive backlash serves as a wakeup call to the troubled young kid who pulled this BS stunt.

Arnold Shwarzenegger cheering this heroic man with cerebral palsy on is the inspiration your Friday needed. GET.INSPIRED.

Arnold terminated this worthless troll after they made an extremely inappropriate comment on a video he posted on his Facebook page. 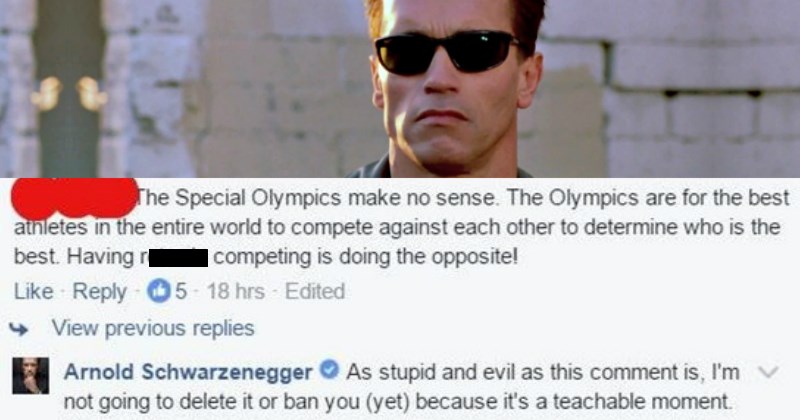 Arnie was attending the Special Olympics World Games 2017 in Austria, and proceeded to post a heartfelt video about how the athletes in the game actively inspire him. Unfortunately some trolls out there are entirely lacking in the human decency category. Fortunately, Shwarzenegger stepped in to enact righteous termination on said troll. 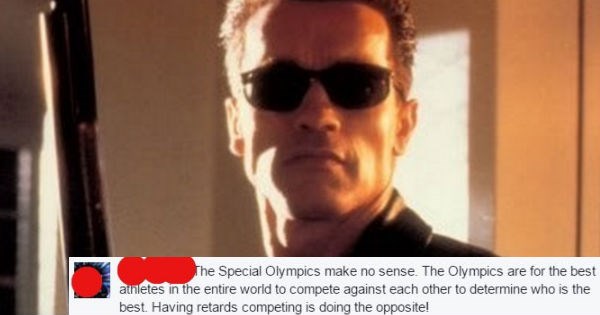 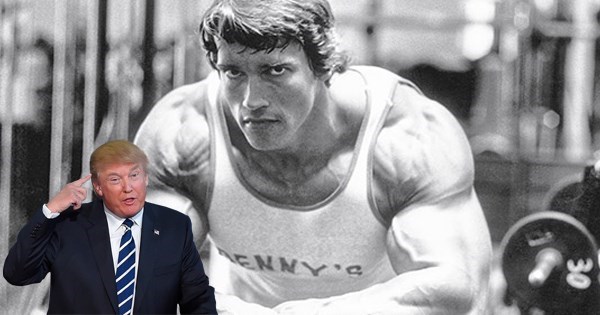 Via 2 Create a Body
Repost
Recaption

There's nothing better than a pro-wrestling beef, right? Ok. Well, maybe when the beef is between the star of Commando/current reality-TV gameshow host and president of United States/former reality-TV game show host.

The fight between Donald Trump and Arnold Schwarzenegger has been raging for months, with Donnie being really invested in Arnold's lackluster Apprentice ratings. Now, it's the Governators' turn.

Arnold fired a warning shot directly into Donald Trump's hair by bringing up the president's frankly shitty ass approval ratings, as well as his plans to cut Meals on Wheels and after school programs for kids.

Hey, @realDonaldTrump, I have some advice. See you at Hart Middle School? Here's more info about #afterschool: https://t.co/NOgdhBHyyp pic.twitter.com/NQI2OdVqtF

The tangerine dream hasn't responded because, I don't know, he's busy being investigated for Russian collusion, but he probably will soon becuase he's a wimp baby.

Yesterday we reported with glee that Arnold Schwarzenegger gave a quick slam to Canadian doormat Nickelback, saying that they have a higher approval rating than Congress.

When Congress is less popular than herpes & Nickelback, how do 97% of them get re-elected? Gerrymandering. WATCH: https://t.co/SoX0tdlTeM

Well, Nickelback has struck back, asking Arnold to look at the proverbial Photograph, which apparently is a production still from Batman & Robin.

Then Arnold responded to that and the two buried the hatchet.

Suddently, it became apparent that all the world events were converging into one. Arnold, Nickelback, gerrymandering? What did it all mean? Were we on some collision course with the future? The unknown future rolls toward us. I face it, for the first time, with a sense of hope. Because if a machine, a Terminator, can learn the value of human life, maybe we can too.

Arnold decided to take a bike ride around the city while visiting Edinburgh in Scotland. He seems like he's having a great time, there's only one problem. He's riding the wrong way on the road, leading everyone with him into oncoming traffic. 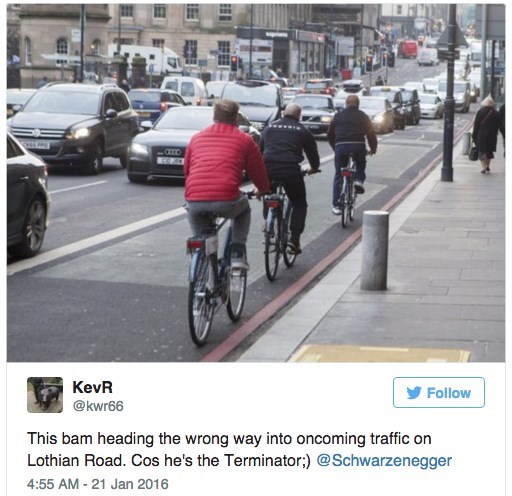 What? Were you expecting Arnold Schwarzenegger, the Terminator, to wear a helmet and follow traffic regulations?

At least it looks like he had a good time, even if he did stop in the middle of traffic to take this picture: 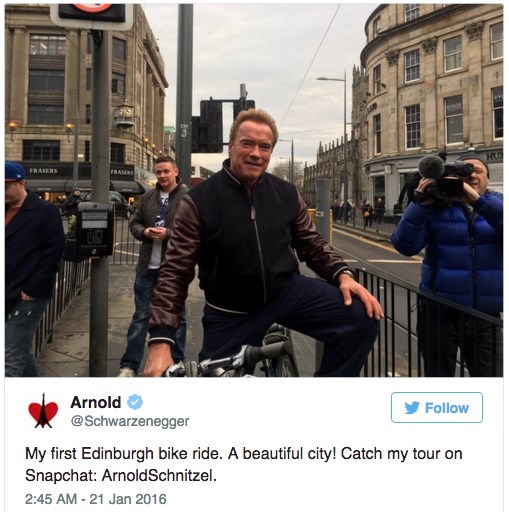 Arnold Schwarzenegger Pranks People as the Terminator in a Wax Museum

Arnold Schwarzenegger entered the Madame Tussauds wax museum in Hollywood disguised as the T-800, pranking fans and an impersonator.

A dejected amateur weightlifter took to Reddit's popular r/fitness subreddit March 18 to tell a woeful story about a bad solo trip to the gym.

The 19-year-old user, /u/GnashBrowns, fell a few times and said some rude gym rats laughed at his plight.

This left him feeling demoralized and he reached out for help... 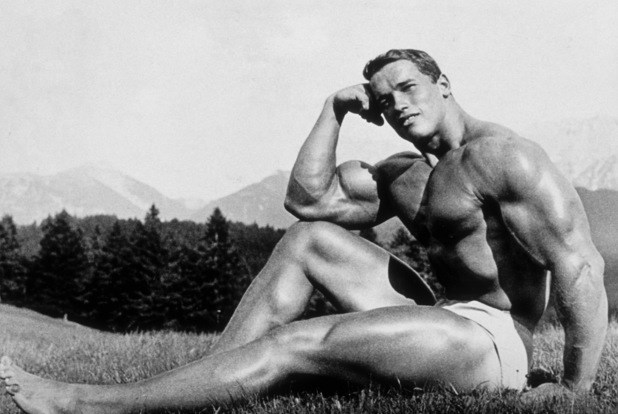 Leave No Phone Behind! 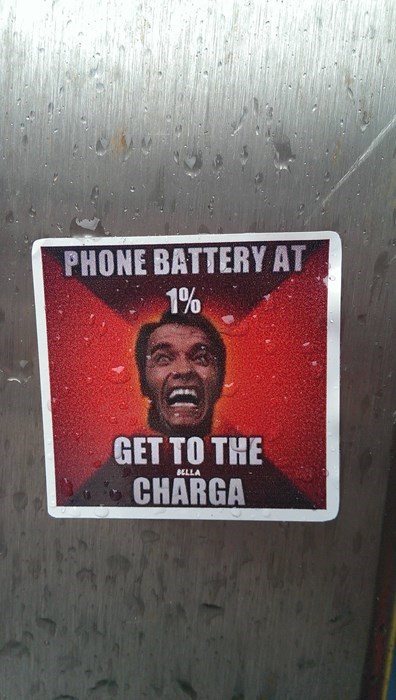 Arnold Gets the Poetry He Deserves