Various Skeletons and How Aliens Would Reconstruct Them

One of the biggest problems with archaeology is having to make enormous guesses about what things must have looked like with no meat on them. Sure, Jurassic Park's visual effects were cool but there's constant reinterpretations of what dinosaurs actually looked like, and mistakes like having bones backwards and not realizing it for decades. Tumblr has a vivid imagination of how aliens would interact with earth's wildlife, and these memes do a fun job of combining our own archaeological difficulties with the sci-fi-ness of an alien who has no clue what they're looking at. 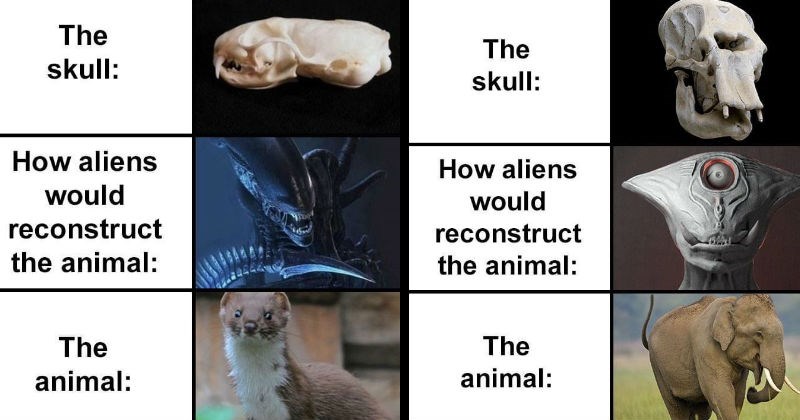 Life has looked pretty similar for a lot of human history, and when it comes to making things, some stuff hardly ever changes. It makes sense that people who still use tools all the time would have a better understanding of what ancient tools were used for. Tumblr users often put an extra perspective on prehistory and historical stuff, like this thread about depicting prehistoric people as cool dudes or this thread that makes history fun. 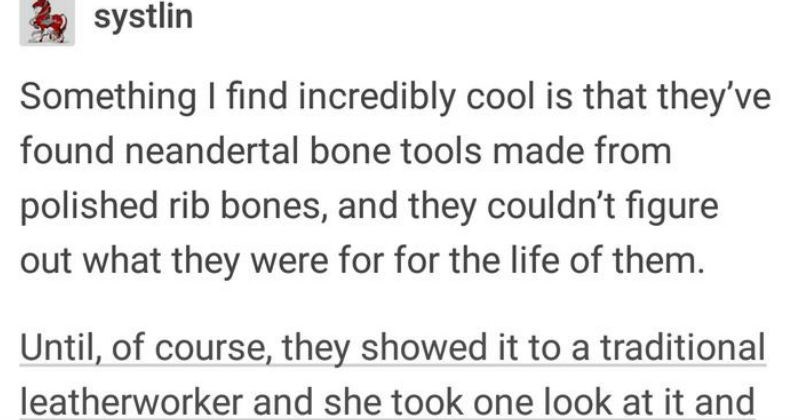 Feel like you could be a doctor after watching a few seasons of Grey's Anatomy? Think again. 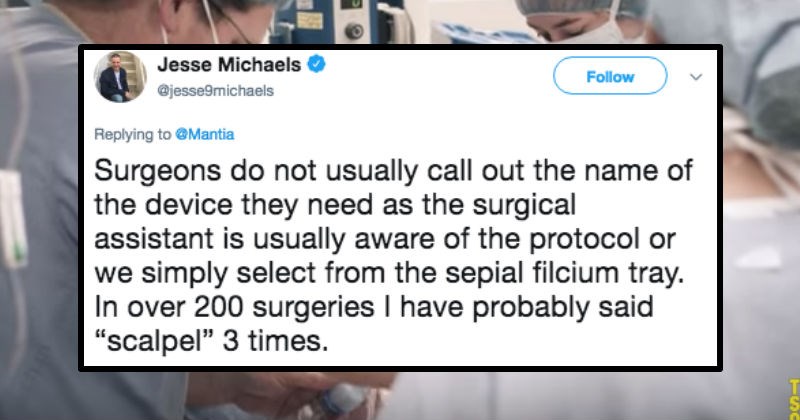 Will We Run Out of Dinosaurs? 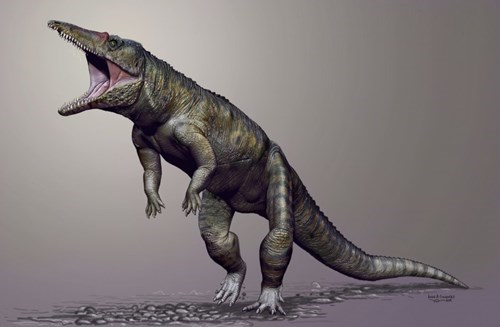 A new species found in North Carolina is one of the oldest and largest crocodile relatives ever known.

Back before dinosaurs were the big bads of our continent, Carnufex carolinensis ruled the scene. At nine feet long and walking on its hind legs, this croc would have been a fierce predator 230 million years ago. Researchers described the species (which translates to "Carolina Butcher," which is awesome) for the first time Thursday in Scientific Reports.

Does the Great Blue Hole Give Insight to the Collapse of Mayan Civilization? 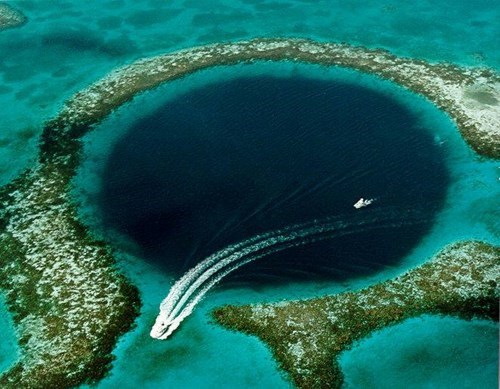 Via The Earth Story
Repost
Recaption

Via The Earth Story:

The cave has already been used in research on Saharan dust transport across the Atlantic since its depths make an ideal sediment trap, and now new work has confirmed the inference from other sources that the Maya civilisation fell after a series of long droughts. They used a series of sediment samples from the epoch of their demise (around 800-1000 CE) and compared the changing ratios of aluminium and titanium, which reveal periods of heavy rainfall from tropical cyclones (the source of most of the water that kept the Mayans alive).

These indicated several long periods of drought at the time of their slow downfall that eked out over two centuries as the inter tropical convergence zone shifted north and south, taking the rain giving cyclones with it. The science is simple, in times of greater rain, more of the volcanic rocks in the area are weathered, and the water flows into the sea dumping its sediment and accompanying titanium with it. Analysing through the core allows the shifting rainfall densities to be tracked over time.

How Does Carbon Dating Work?

So True, Neil, So True

How Were the Pyramids Made? 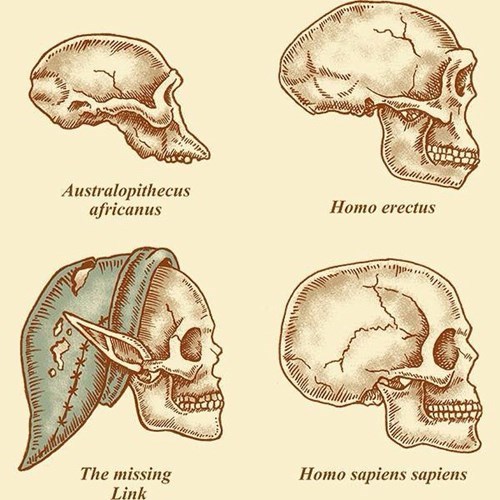 Via Do Not Wear Shoes
Repost
Recaption
Comments
Advertisement 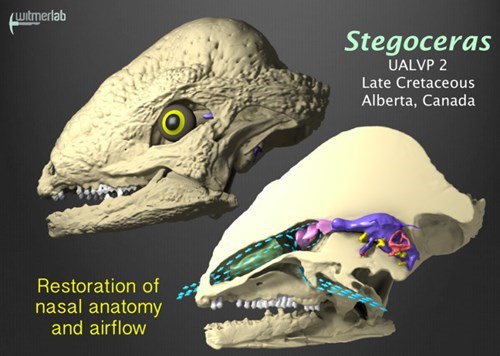 It's been millions of years since T. rex took its last breath, but a team led by Ohio University scientists is breathing life back into dinosaurs using high-powered computer simulations to model airflow through dinosaur snouts. The research has important implications for how dinosaurs used their noses to not only breathe but to enhance the sense of smell and cool their brains.

Did Cave Painting Originate in Indonesia, or Possibly Africa? 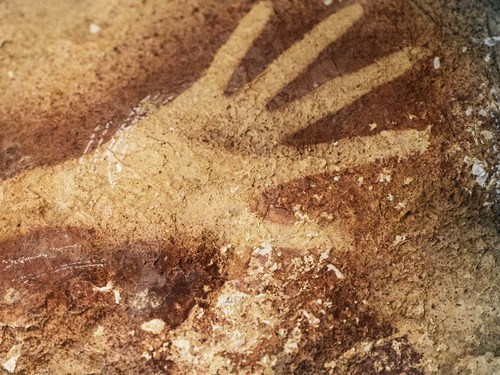 Prehistoric cave paintings of animals and human hands in Indonesia are as ancient as similar paintings found in Western Europe, according to a new study that suggests humans may have carried this art tradition with them when they migrated out of Africa.

"Until now, we've always believed that cave painting was part of a suite of complex symbolic behavior that humans invented in Europe," says archaeologist Alistair Pike of the University of Southampton in the United Kingdom. "This is actually showing that it's highly unlikely that the origin of painting caves was in Europe."

Çatalhöyük The Mystery City of Turkey

Via i09
Repost
Recaption

In 7,500 BCE, this city in the Mesopotamian region (now Turkey) held thousands of people and is believed by many to be one of the world's earliest urban settlements. But the culture of the people here was unlike anything we know today. First of all, they built the city like a honeycomb, with houses sharing walls. Homes and buildings were accessed by doors cut into the roofs. People would stroll on the streets across these roofs, and climb down ladders to get to their living quarters. Doorways were often marked with bulls' horns, and dead family members were buried in the floor of each home. It's not clear what happened to the culture of the people who lived in this city.

Did Most Dinosaurs Have Feathers? 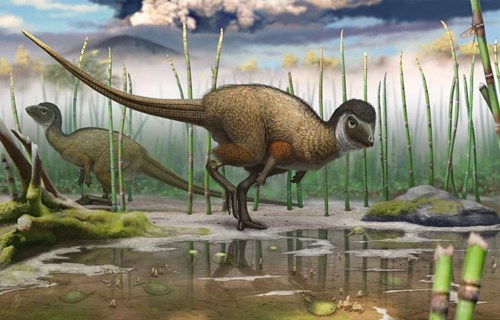