Man Nearly Attacked By Alligator While Fishing In Florida

Just in case you're considering a nice fishing trip out to Florida, you'd be well advised to take note of this video. Yep, the alligators are still running amok out there. This dude had way too close of a shave. The fact that alligators can run up to 20mph on land makes this all the more sketchy. Crocodile homie clearly wasn't playing any games.

Yikes. Would not want to be anywhere close to this adrenaline charged predicament.

Squirming Swamp of Catfish and Alligators is a Nope Milkshake

This one can be enjoyed with sound all the way up, so you get all the little bloops and flops of a living pile of catfish. Apparently as wetlands dry out annually, the process leaves stranded deposits of wildlife. In this case it's oodles of walking catfish, which is an invasive species.

Alligator in Sewer is Freaky as The Dickens

This guy happened to find an alligator in the sewer in front of his house. You know, just kinda chillin'. Waiting in the darkness. With its piercing yellow eyes.

Godzilla, that you bro? Apparently the widely hailed and feared giant gator, Chubbs, makes appearances at Buffalo Creek Golf Course in Palmetto, Florida. The world takes notice, and we're not surprised. Look at that damn behemoth. 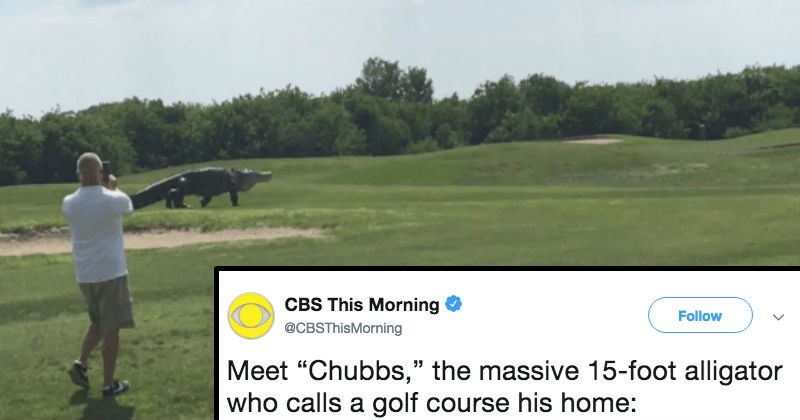 Too far or not far enough?

Florida always delivers. This trapper learned the hard way that not all snoots are okay to boop. 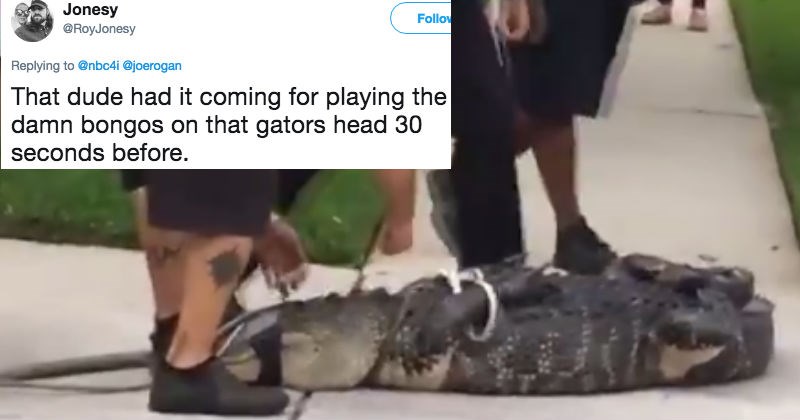 I Can't Put My Finger on Why, But This isn't A Good Idea

Finally, Footage of Florida Man Throwing an Alligator into a Drive-Thru Window

Biker Is Not Impressed By Alligator On the Road

That moment when you're sick and tired of logs, oh wait, alligators on the road, but you actually don't give a f*ck.

This biker's got some stones man.

'Hold an alligator' they said, 'You'll get a picture' they said.

Mother Nature Has Gone Too Far, This Alligator Can Climb Fences

This Alligator Knows Where to Find the Reel Easy Meals

It’s unclear how he expected this standoff to end, but this man definitely got what he deserved.

Watch as guy backs his truck up towards an alligator that is just minding its own business and ends up starting a fight that he isn’t going to win.

The beast begins snapping its massive jaws at the truck to make it crystal clear that he does not want to be bothered, but the man doesn’t listen.

“Hey watch my truck!” he says in the clip.

A few seconds later, it tears his bumper clean off the back of the vehicle to put an end to the nonsense.

Give Those Gators the Time of Their Lives With Some Dirty Dancing!