Amidst our constant pursuit to chase down the world's most notable fails and other dramatic stories, we can easily forget that there's still a little bit of wholesome drifting around the atmosphere. It's always nice to throw it back to this video where a group of NYC subway riders took it upon themselves to throw a surprise for some hard working conductors. The conductors' reactions to the various signs say it all.

Buckle up, because this could be experienced as a bit of an emotional rollercoaster for the hardcore Subway fans out there. Or maybe, as a ride or die Subway aficionado, you've long since come to terms with Subway's decorated past. And not the good kind of decorated past. In this case though, we're dealing with something particularly fishy. Yep, it's the tuna. Or rather, we wouldn't be right if we were to call it tuna.

Apparently, a study conducted by journalist, Julia Carmel, at the New York Times ended up revealing that of the 60 inches worth of Subway tuna sandwiches that were collected, and then shipped off to a lab, no "amplifiable" tuna DNA was obtained. So, basically what is actually in those tuna sandwiches? Of course, Subway shrugged off all that investigative business and insisted that they're actually serving tuna sandwiches.

There is a potential counterargument to be made that the NYT only tested 5 of the 15 species of nomadic saltwater fish. So, they might've missed something. Also, apparently the cooking process could be impacting the legitimacy of being able to obtain accurate results for when the Subway tuna is tested for tuna DNA. Even then though. Come on, Subway. While we're at it, it also turns out that Subway's flour recipe contains 10% sugar. If it seemed like their bread was uncharacteristically sweet, now you know why. 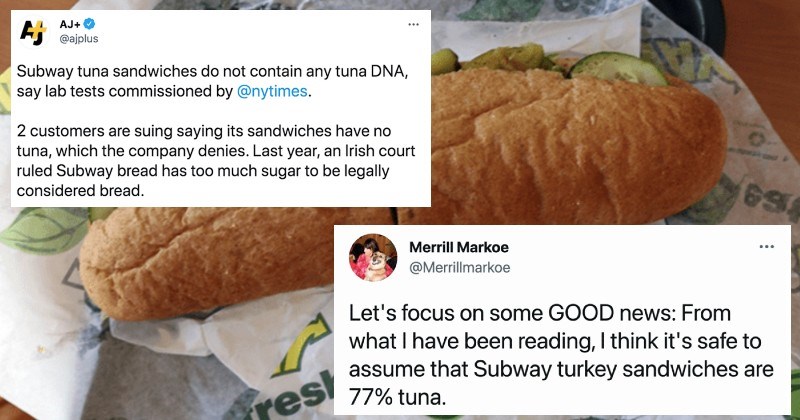 Strange and Freaky Moments on the Subway

The subway is a bit like everyone's car, and you've seen some people's cars. But hey, people have got to get to where they're going whether they're in costume or an actual duck. What are you lookin' at? If the answer to that question is "more weird things on public transportation, then here's more strange and cursed moments on the subway. 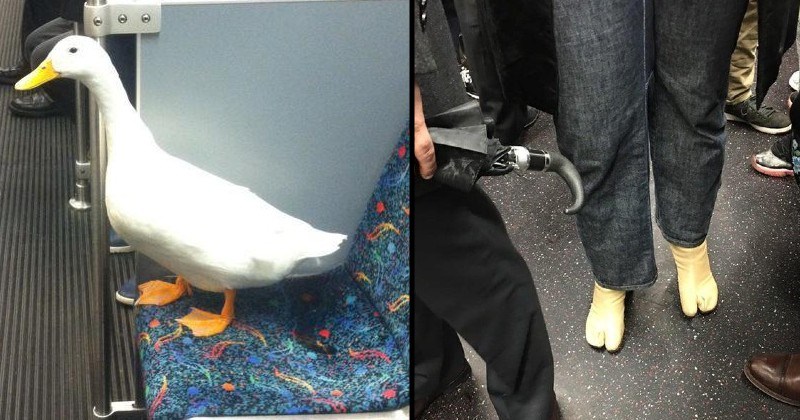 Strange And Cursed Moments On The Subway

Any time you ready yourself to hop on board a subway, you're basically readying yourself for all manners of chaos to pop up at a moment's notice. Just when you think you've seen it all, the subway is ready to show you that you don't even know the half of it. The subway's a magnet for many a cursed things in this strange world. See for yourself. 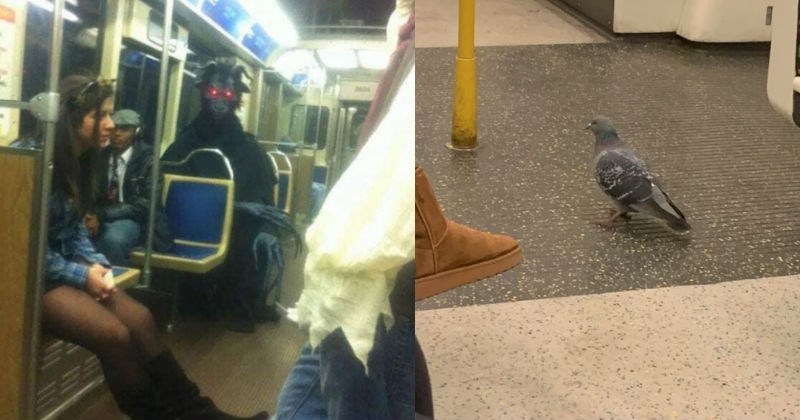 In NYC subway conductors are required to point at a black and white sign to indicate that they're paying attention. The conductors do this by the hour, at every stop. Throw in some silly signs and you've got a recipe for smiles and good feels. 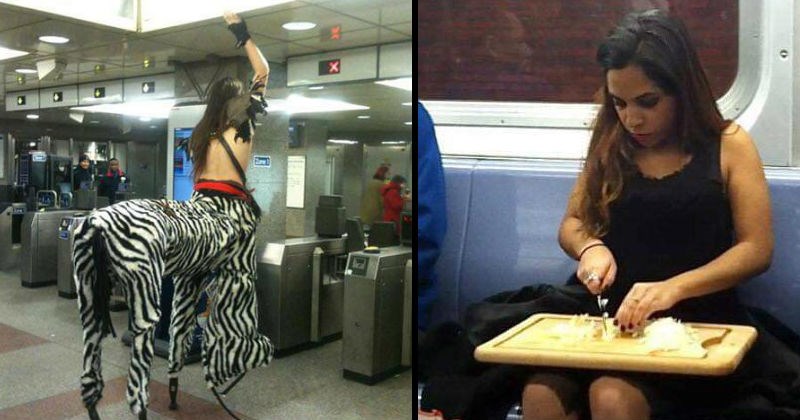 Those NYC subway commuters were not about to be psyched out by a little ban saying they couldn't bring dogs on the subway. So, they adapted and now we get to enjoy a ton of New Yorkers walking around the subway with their dogs in ridiculous bags. 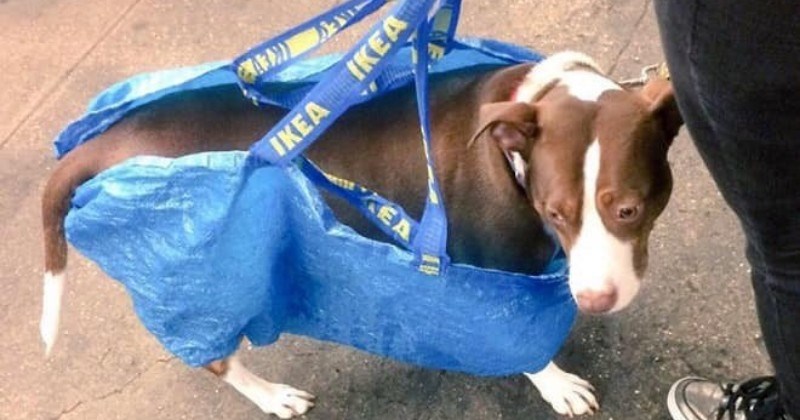 33 Funny and Weird Things Found On The Subway

A busy subway car can be like a living room that everyone has to commute in. Sometimes you're forced into strange situations, like the time the NYC subway banned dogs unless they could fit into bags. The fact remains, you're packed in with so many people from different backgrounds trying to get to such different destinations that you're bound to see some wild stuff. 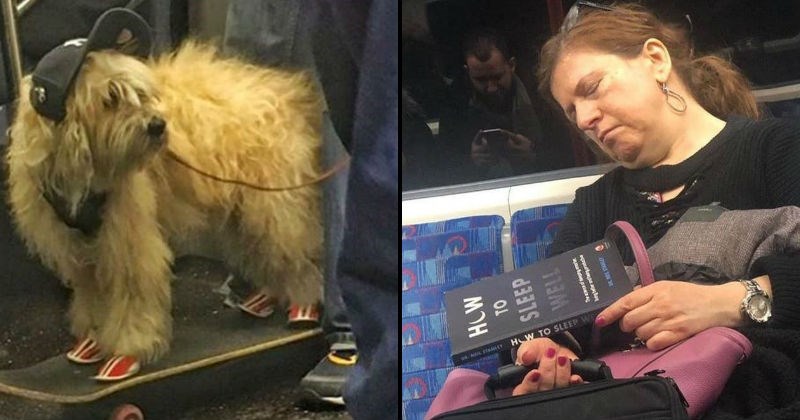 Subway Employee Teaches Vegan Customer That Mayonnaise Is Not Vegan

As far as customer service stories go, this is some comedy gold. Our friendly and knowledgable Subway employee found himself making a "Veggie Delight" sandwich for a vegan customer who didn't realize that mayonnaise was NOT vegan, because it has eggs in it. Sometimes the truth hurts, and it sounds like it was a bit of a bummer for this vegan. I mean hey, knowledge is power. You live and you learn. 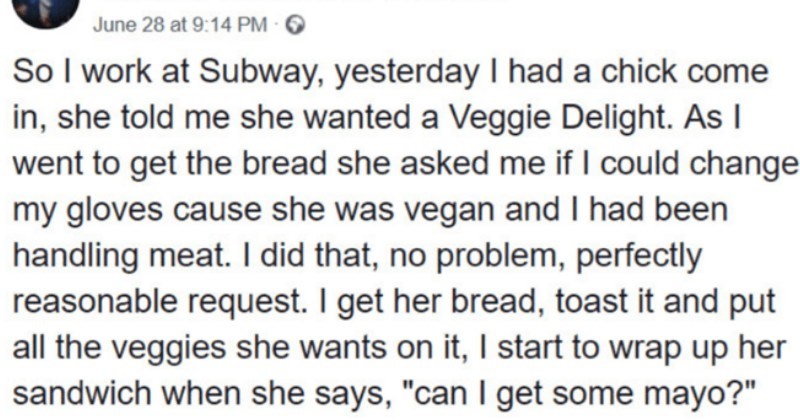 The government clearly just wanted to see adorable pictures of doggos in bags. The NYC subway riders and their dogs did NOT let the world down. 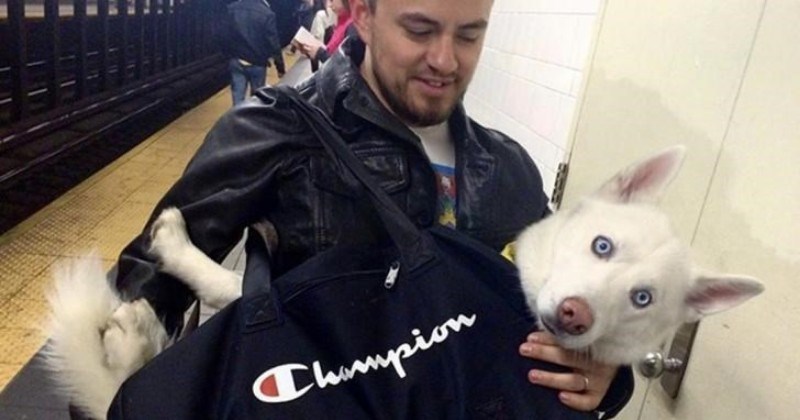 The life of a sandwich artist isn't all glamor and glory. Sometimes some real weird customers get down and dirty with what they want. And no matter how much instinct screams against putting tuna salad on a meatball marinara, you've gotta do it. Fast food work can be weird, like all the stuff drive-thru workers have heard over the mic. 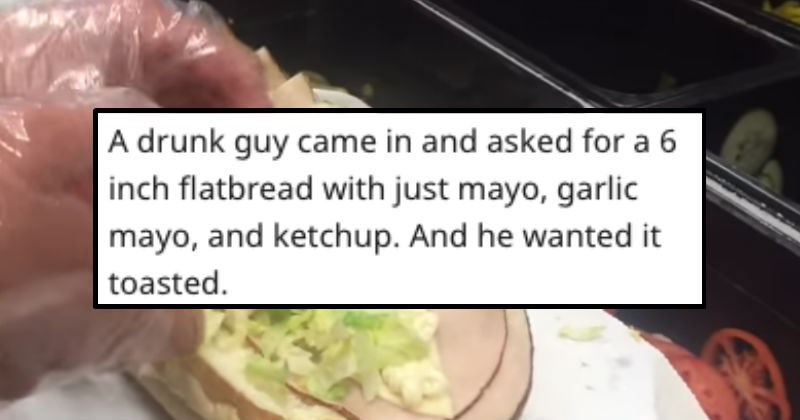 What a wonderfully wholesome moment. Apparently the old woman is a famous artist named Ellen Grossman as well!

Eating it in the first place was already a bad decision, but did they have to rub it in? 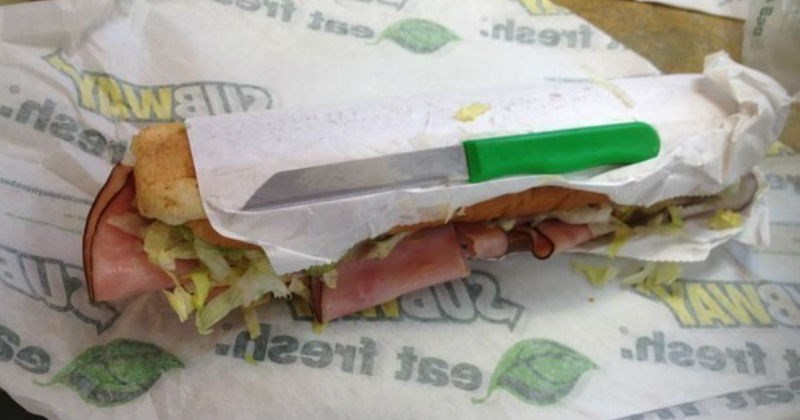 These people are deeply in touch with their cringe. 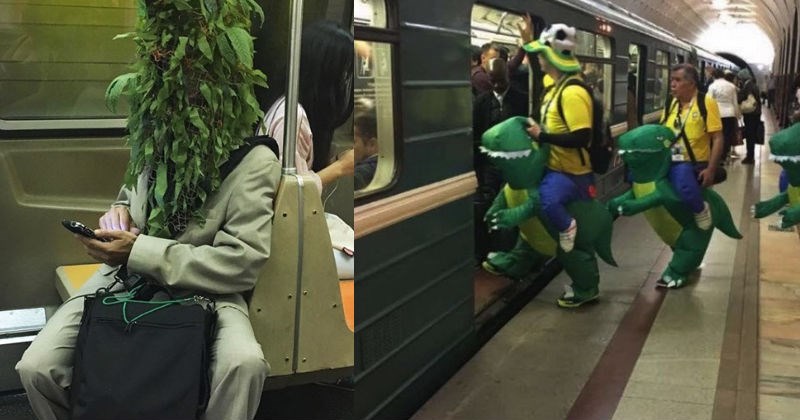 NYC Subway>Walmart. And it's worth noting that these heinous situations were such that people felt comfortable enough to snap the pics. Imagine the ones cameras weren't able to capture. 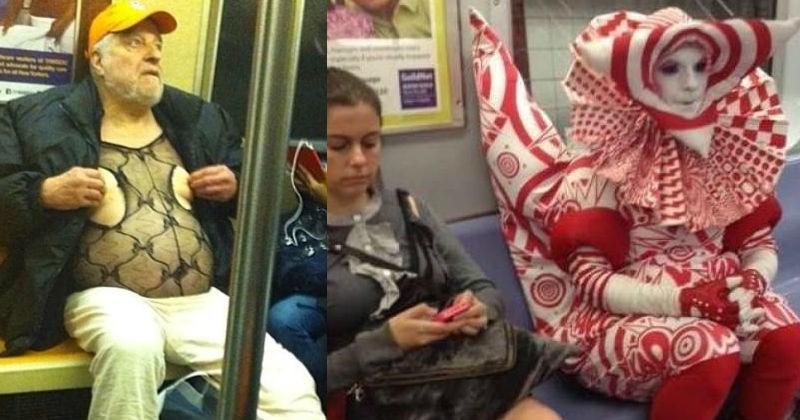 Brace yourself, these are pretty damn gnarly. 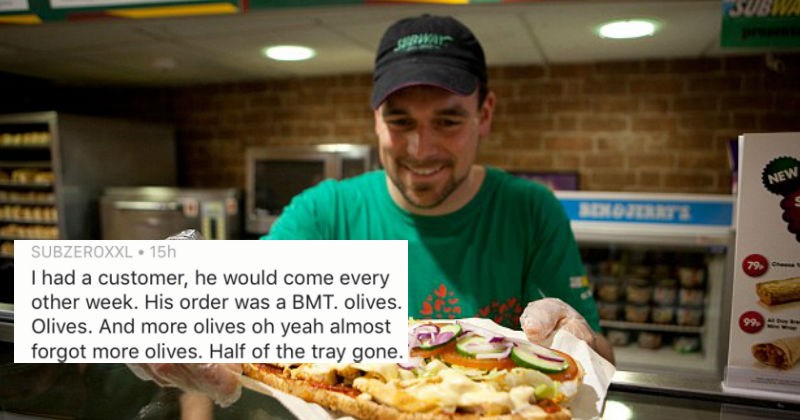