When a High School Student Lost His Mother to Cancer, the Community United for Him 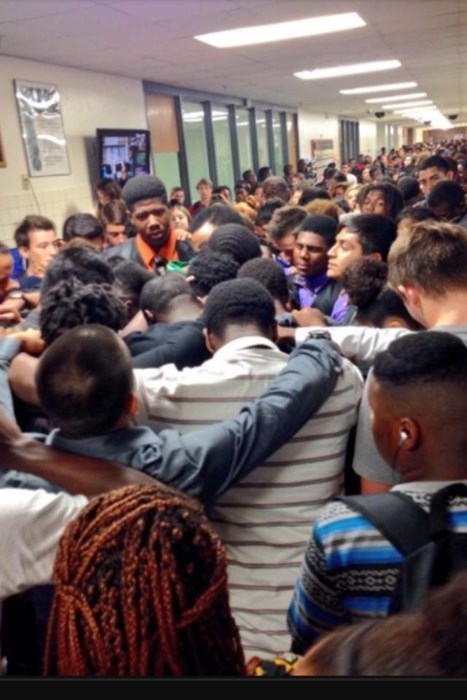 A 17-year-old student in Texas broke the news that his mother had lost her battle with cancer. When he came back to school the next day, the entire high school rallied around him during his time of need. Check out the full story here:
FOX 26 News | MyFoxHouston

The Homecoming Court Lays Down Their Crowns for a Heartwarming Cause

Delivery in 20 Minutes or Your Money Back? 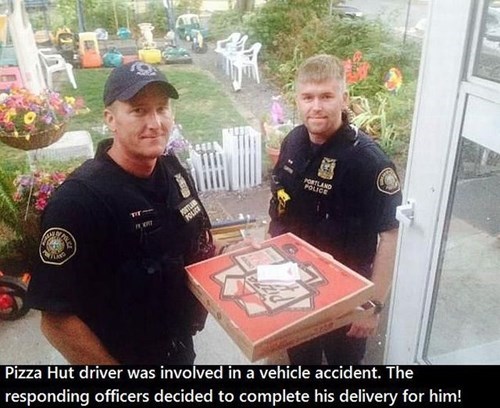 WARNING: Dangerous levels of enthusiasm and good will in this video.

Calling a Cab in NYC? Prepare to Get High-Fived.

One Kind Barista Helps With Her Customer's Speaking Skills

He's Looking to Give YOU a Handout, Actually 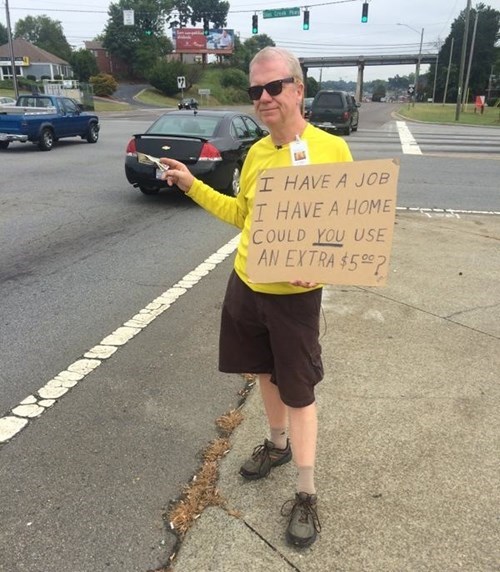 Here's a video report on this great dude:

Taylor Swift Gives a Fan a Heartfelt Message About Bullying 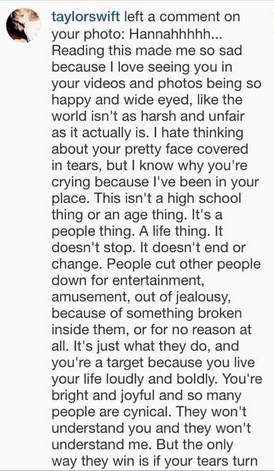 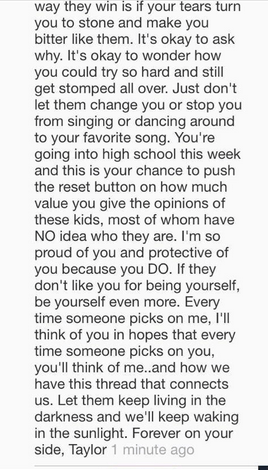 Maniacal Mad Lads That Don't Give A Dang