Stare at the cross in the center of the image, and watch the madness begin. 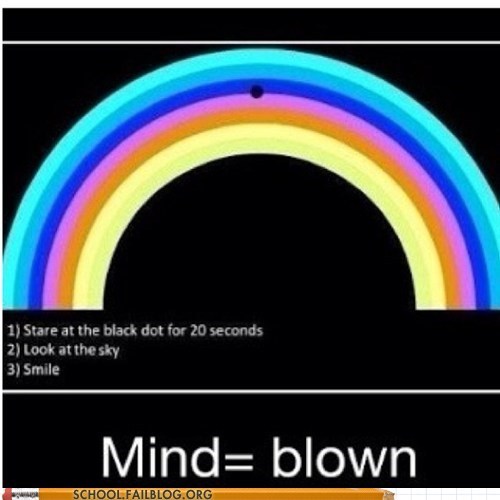 Your Mind on Illusions

Mauritius Island Is Quite an Illusion 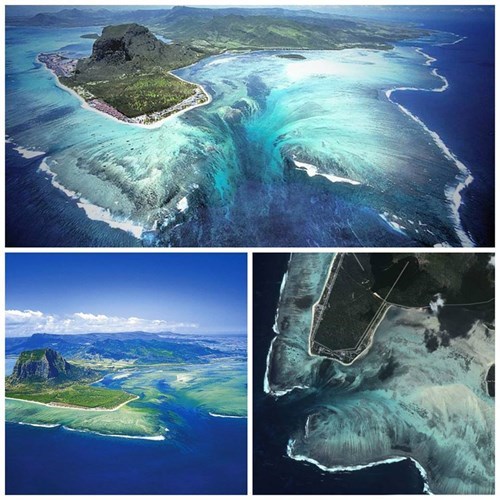 Mauritius Island is 2000 km (1240 miles) southeast of Africa. It gives off a stunning optical illusion that the island its on top of a large waterfall. There actually isn't much of a depth difference at all, but the receding waves are pulling the light colored sand out into the ocean, giving the illusion of a drop off.

Via Sixpenceee:
Like many interesting scientific discoveries, this one was an accident. Sean Murphy, an undergraduate student, was working alone in the lab on a set of faces for one of his experiments. He aligned a set of faces at the eyes and started to skim through them. After a few seconds, he noticed that some of the faces began to appear highly deformed and grotesque. He looked at the especially ugly faces individually, but each of them appeared normal or even attractive. He called it the “Flashed Face Distortion Effect”. 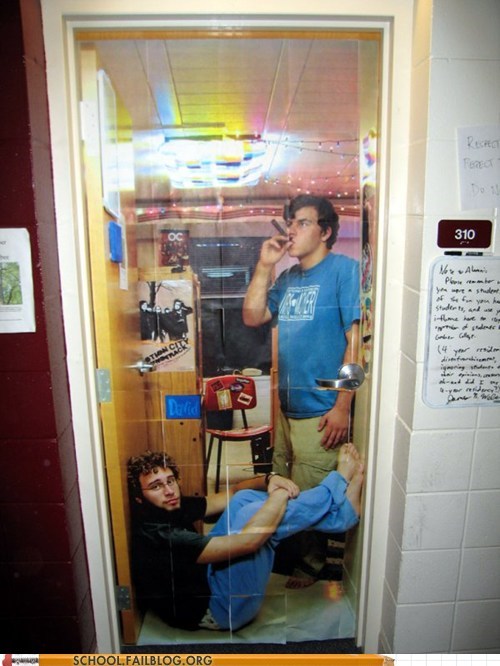 Not pictured: the pile of students knocked unconscious by walking into the door.