3-D Space Model of the Day

The latest buzz from space is the stunning photo gallery trickling in from NASA's Curiosity rover, which landed safely late Sunday night. While the rover is a big step for space exploration, it's only the tip of the iceberg -- an almost inconceivably large iceberg:

Vast as this slice of the universe seems, its most distant reach is to redshift 0.1, corresponding to roughly 1.3 billion light years from Earth. SDSS Data Release 9 from the Baryon Oscillation Spectroscopic Survey (BOSS), led by Berkeley Lab scientists, includes spectroscopic data for well over half a million galaxies at redshifts up to 0.8 -- roughly 7 billion light years distant -- and over a hundred thousand quasars to redshift 3.0 and beyond. 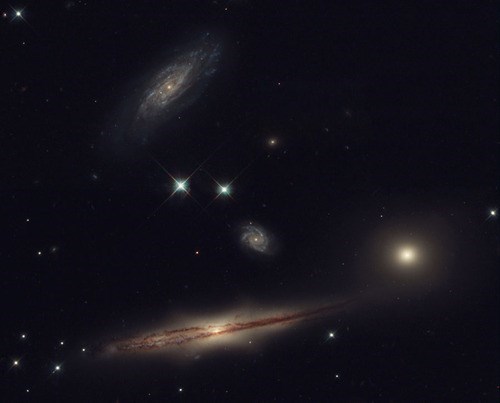 The Hickson Compact Group 87 (HGC 87) is a small group of galaxies in which each galaxy is stretching each other gravitationally. It takes roughly 100 million years for these galaxies to orbit around their common center.

One Big Grain of Sand 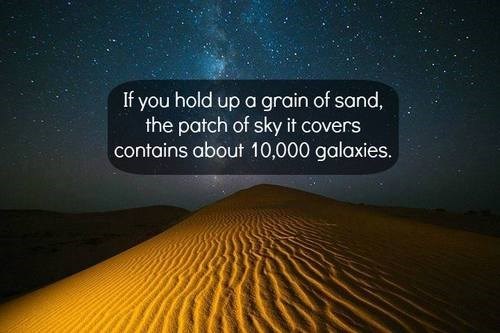