The Moon Crosses Over the Sun 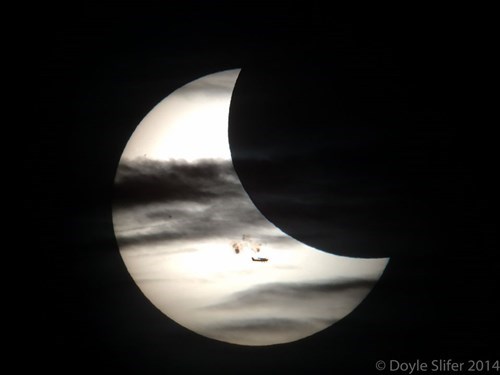 Via CrashCourse
Repost
Recaption
Comments
The Daily What
Favorite 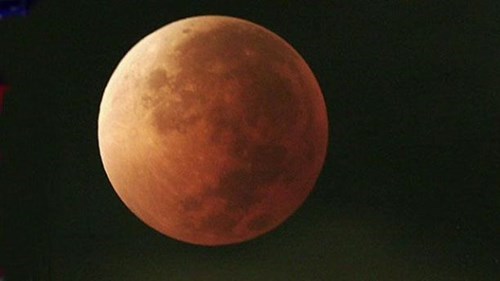 At 12:53 a.m. ET, the Earth will begin to position itself between the sun and the moon for the first of a series of four total eclipses to conclude in September 2015. The series is a rare occurrence in history, with the next one starting in 2032. Because of a slow-moving cold front over the East Coast it will be hard for any states East of the Mississippi, except possibly Florida, to witness the Blood Moon.

There is also a lot of talk about the Blood Moon and pastor John Hagee as he says important things will happen to Israel during each of these periods of four blood moons. He says about these celestial fireworks, "God is literally screaming at the world, 'I'm coming soon.'" We'll just leave it at that.

Why Do Eclipses Happen So Infrequenly

The Eclipse Crosses Over the Earth 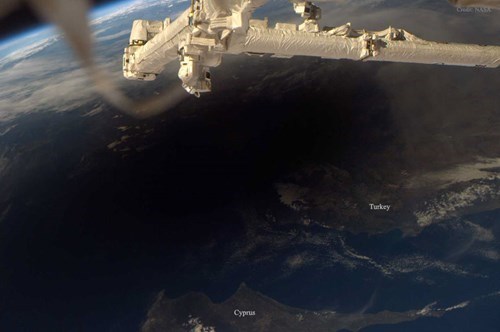 What does the Earth look like during a total solar eclipse? It appears dark in the region where people see the eclipse, because that's where the shadow of the Moon falls. The shadow spot actually shoots across the Earth at nearly 2,000 kilometers per hour, darkening locations in its path for only a few minutes before moving on. The featured image shows the Earth during the total solar eclipse of 2006 March, as seen from the International Space Station. On Friday the Moon will move in front of the Sun once again, casting another distorted circular shadow that, this time, will zip over part of the north Atlantic Ocean.