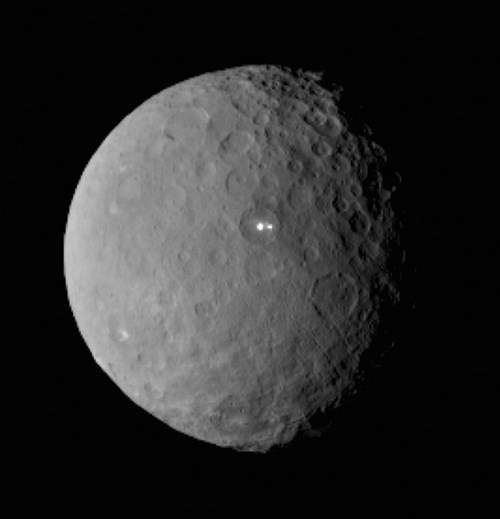 Whatever you call may call it, Ceres is one of the most geologically interesting and strange objects in the solar system. Its shape, size and composition—round, roughly the size of Texas and at least 20 percent water ice—place it at the poorly understood transition point between rocky worlds like Earth and icy worlds like Jupiter’s Europa, Saturn’s Enceladus, and other large moons of the outer solar system. Other than blurry Hubble Space Telescope images from 2004, its surface had scarcely been glimpsed until Dawn’s approach. As the spacecraft’s ion engines slowly push it toward Ceres, the dwarf planet’s details are now coming into focus, revealing tantalizing new details with practically every new image. 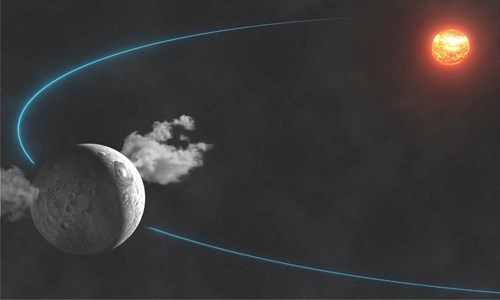 Astronomers have discovered direct evidence of water on the dwarf planet Ceres in the form of vapor plumes erupting into space, possibly from volcano-like ice geysers on its surface.