Outrage of The Day: A Mom is Super Upset About The Sex Message on Her Kid's Chipotle Cup

And on today's episode of "Everything Offends Me," a woman is really upset at the message on her kid's Chipotle cup.

Did the cup encourage the child to club baby seals? Set fire to a school? Join ISIS?

Nope. It just had two words that made the mom feel uncomfortable: reproductive sex. OK, maybe out of context these words seem odd on a Chipotle cup. But not if you know anything about the artist that designed the cup.

The artist, Anthony Doerr, describes the cup like this:

Tattoo Earth's 4.5-billion-year timeline onto your arm, shoulder to fingertip, and your upper arm will get nothing but geologic mayhem: meteorites, magma, acid rain. Life won't begin until your bicep, and from there to your wrist it's all single-celled, oceangoing stuff. Reproductive sex won't show up until your wristwatch, and creatures that are finally big enough to see—tubes and fronds and weird Precambrian plant-animals—will crisscross the back of your hand.

Trilobites paddle across your palm; ancient forests grow from your knuckles; dinosaurs wind around the joints at the ends of your fingers. Mammals burrow into your cuticles.

Orangutans, arrowheads, Cleopatra, the names of the stars—they all have to fit on the sliver of fingernail at the end of your longest finger.

So the artwork is an arm showing how the world came to be through evolution. And reproductive sex would only show up around the wrist.

Mom, This Fast Food Does Not Represent the State of My Damned Soul 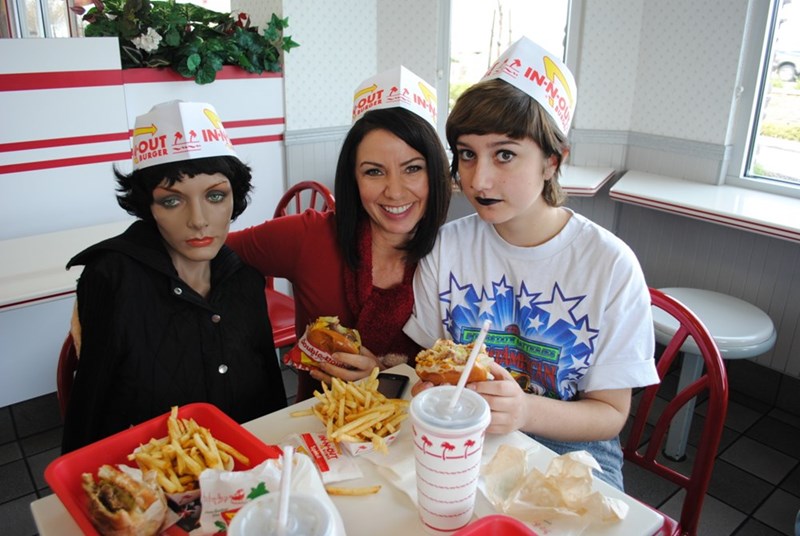 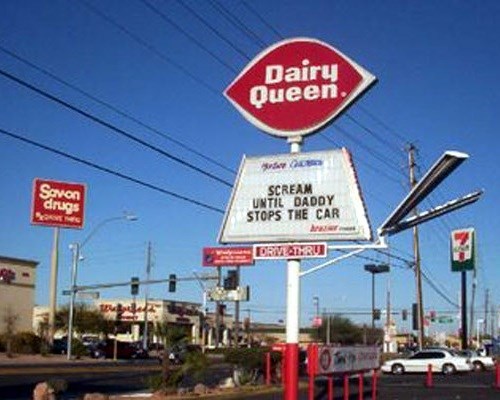 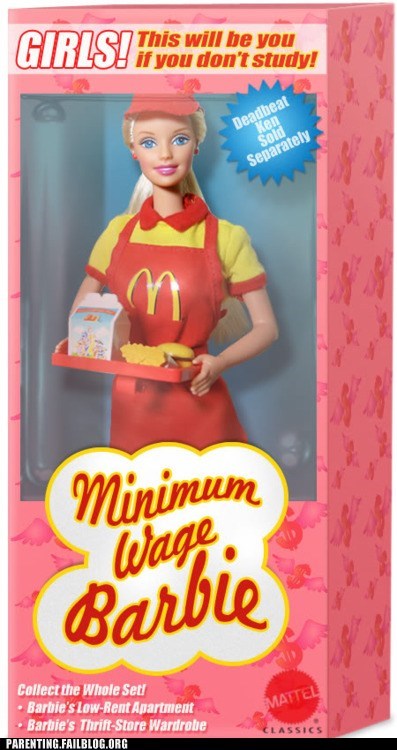 There goes Barbie's figure and complexion.

I was Thinking About Getting a Happy Meal, but It's so Mainstream 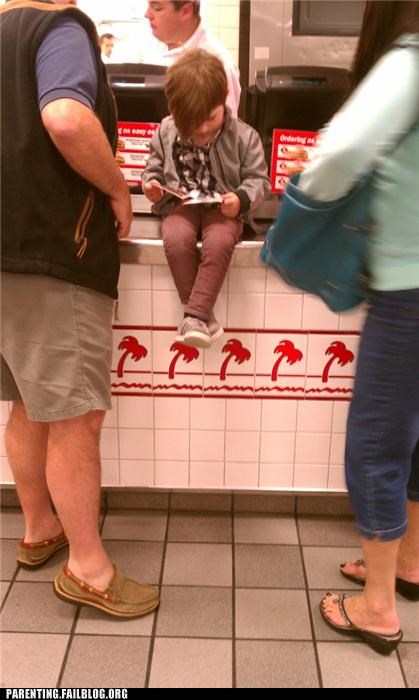 You Have to Start Early to Make it In This Career 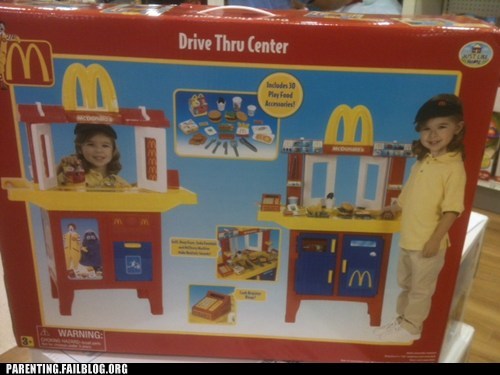 The Same Six Ingredients, for Life 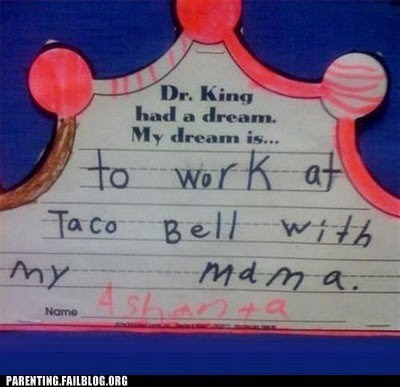 (My Dad and I at Burger King) Dad: I want a whopper with extra bacon, I want a large fry, I want two cokes, and I want it delivered to my table by a Brazilian hooker. Cashier: What? Dad: YOU HEARD ME! I WANT TO HAVE IT MY WAY! 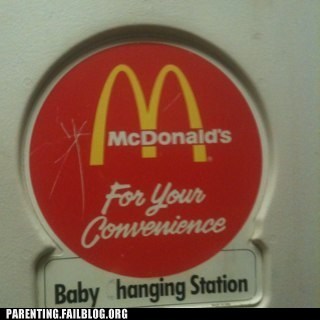