The Black Keys Have Finally Lost Their Grip on Sanity

When the Black Keys first released a music video for their single Gold on the Ceiling, it consisted of fairly standard footage from their live tour - long stretches of highway, excited fans, and leather jackets.

Now there's a new video directed by oddball Harmony Korine, and the light of day has never seen the fresh hell from whence it was dragged. Filmed in a VHS found footage style à la the Blair Witch, the Black Keys play the palsied twins of larger, more deformed versions of themselves. They spend most of their time sitting around and twitching their heads. Watch it, but be advised that we're not liable for the nightmares you'll have tonight.

Too bad the White Stripes are deader than the musical knowledge of people who comment on Facebook statuses.

Doctor John Why Are You?

The Black Keys and John Fogerty Cover The Band at Coachella

Last Friday night at Coachella, the Black Keys brought John Fogerty of Creedence Clearwater Revival onstage to play "The Weight" in memory of the recent death of The Band drummer Levon Helm. Everyone who wasn't at Coachella suddenly became 100 percent more regretful that they couldn't make it.

The Black Keys Were Accompanied by Dr. John, aka The Ewok Chief 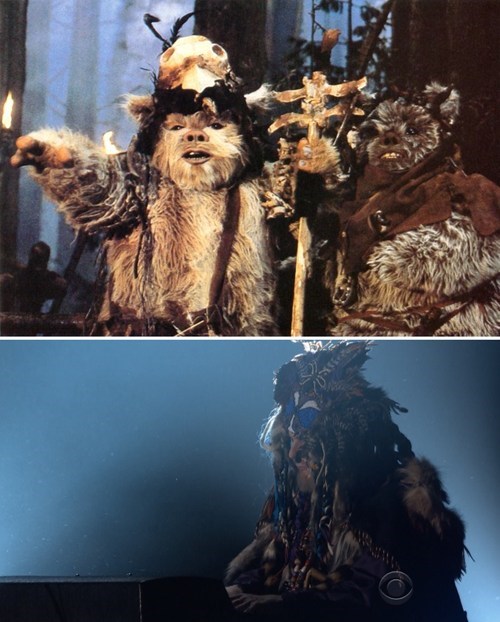 Tumblr Story: A Selfless Farmer With A Noble Heart

Guy Keeps Parking on Property, So Owner Starts Charging Him

Things That Dissolved People's Interest In Their Crushes