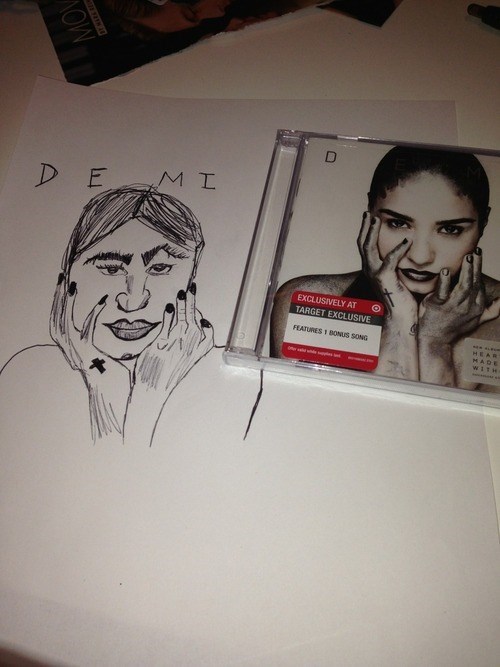 President Obama's Got A New Album

He's using the same cover art as his last one.

Iranian music streaming site Melovaz has recently come under fire for doing something, uh, strange - they've erased all female music artists from album art on their site while leaving their male counterparts untouched. The double standards here are likely due to Iran's strict rules about Muslim women not being seen uncovered, which Melovaz apparently has also extended to non-Muslim women in the media.

The following are some examples of such that will probably make you laugh and then immediately feel sad for humanity. 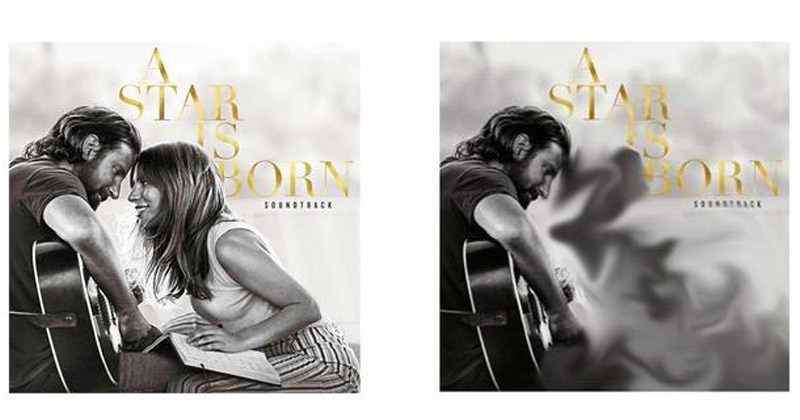 Can't It Be Both? 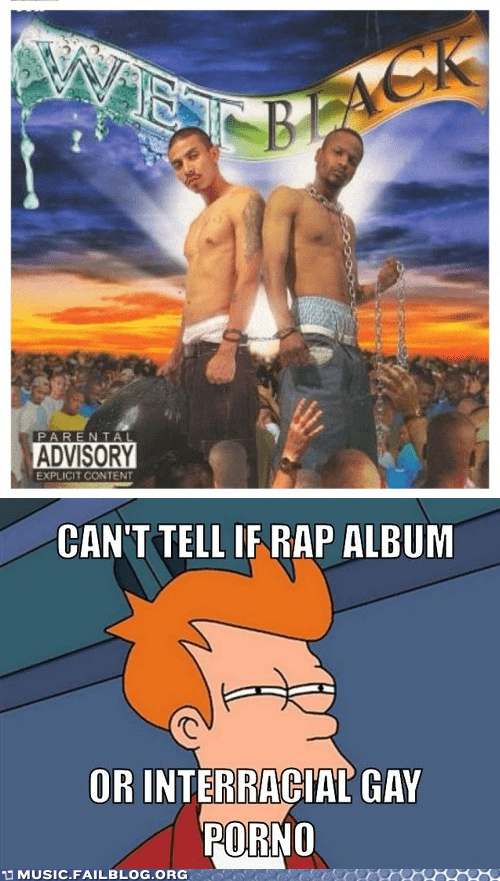 Suggestive use of "wet" in the title? Check. Bondage gear? Check. Sensuous silk underdoos teasingly eased out of the pants in mid-strip? Check and check.

How Phil Got Serious and Found His Inner Woman 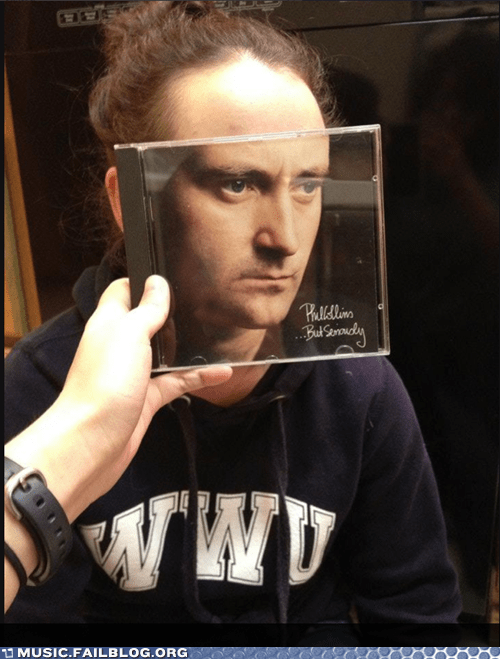 The Beatles Strike Back 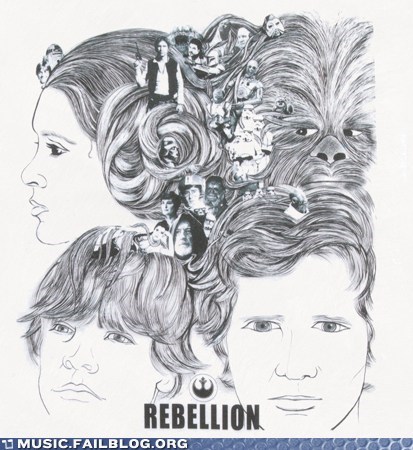 Right now you're thinking "Gee, this is a great way to show off my love of '80s science fiction AND my preference for '60s pop music. If only I could emblazon this on my chest!" Stop right there. We have a solution. 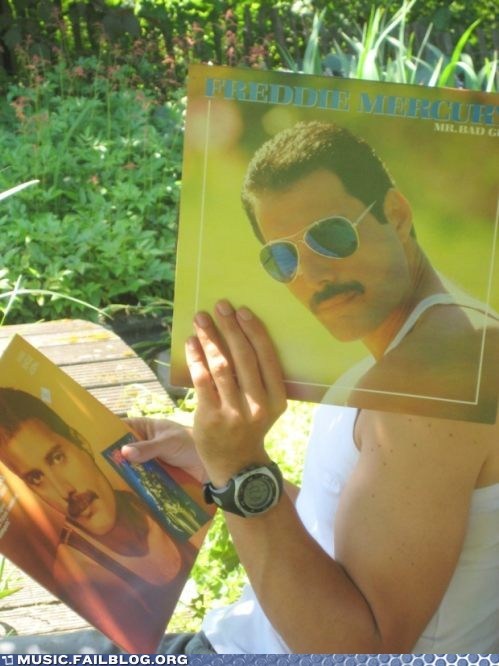 He's got a black tank top handy so he can match with the album cover in his right hand, too. 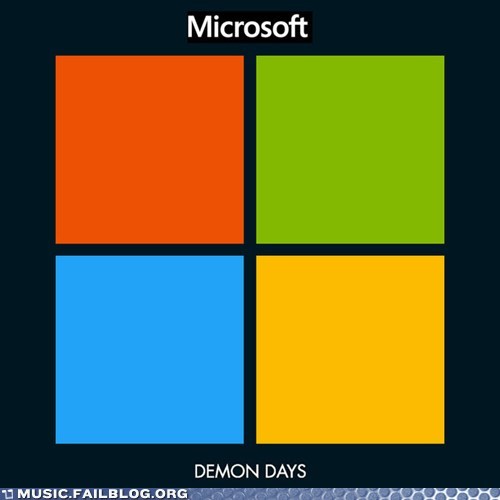 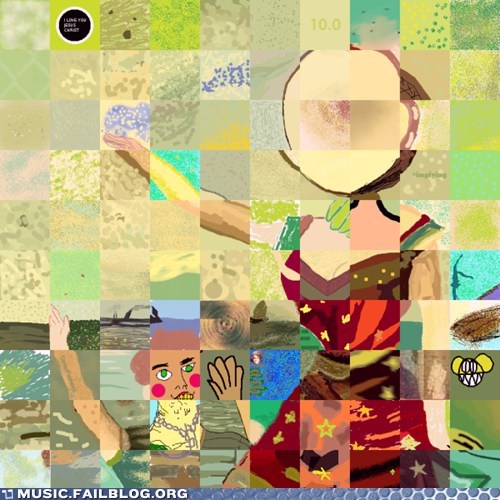 From threads that are popping up semi-regularly on 4chan's music board. Each person picks a charted section of an album cover and draws it in MS Paint, then the pieces are put back together. This one's In the Aeroplane Over the Sea by Neutral Milk Hotel. 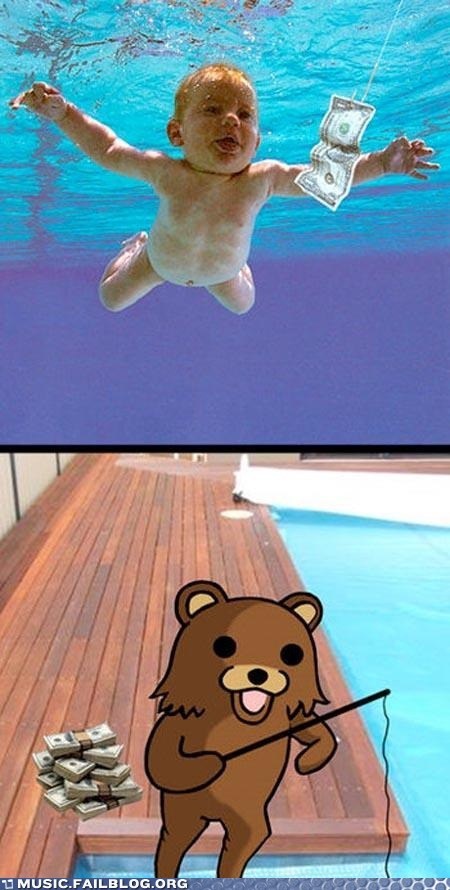 Ikea Monkey Never Gets Old in My Book 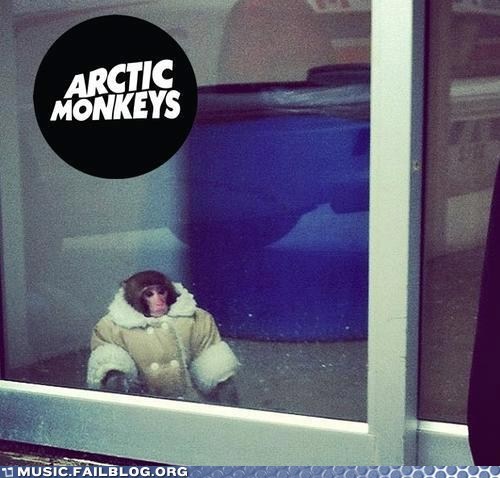 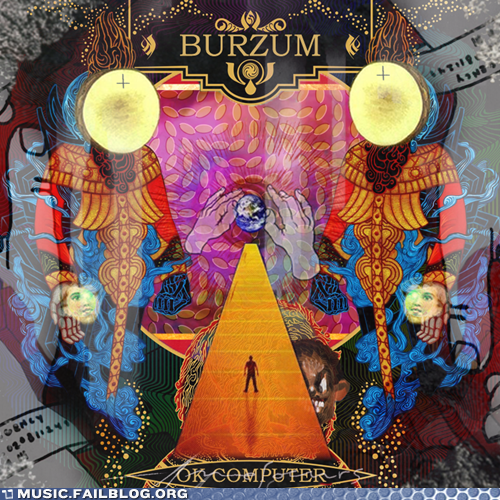 Can you name all the albums in this mashup? There's at LEAST a million. 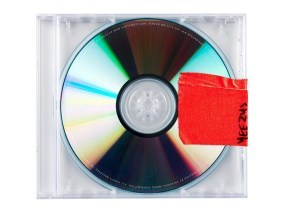 Or a sign that he was too cheap to hire a graphic designer?