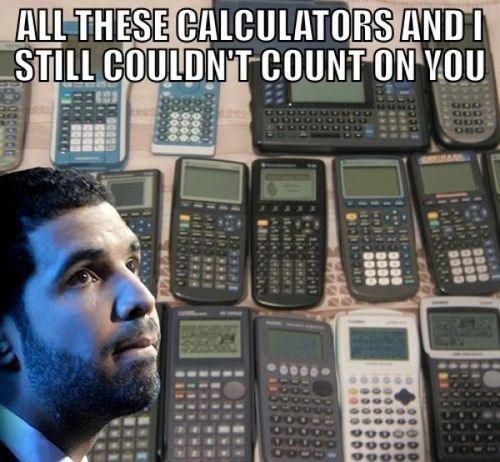 Take Care to the River 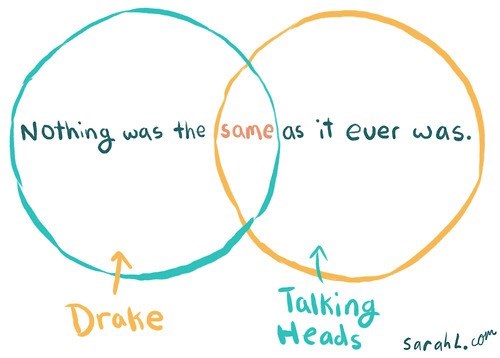 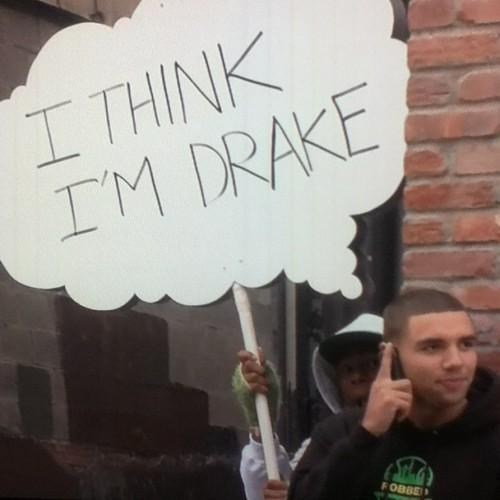 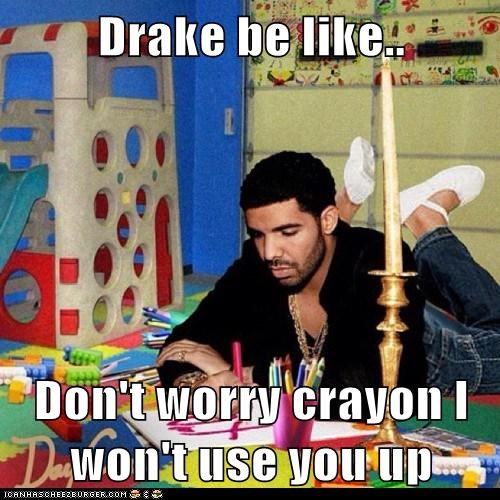 Match The Facial Hair to the Canadian 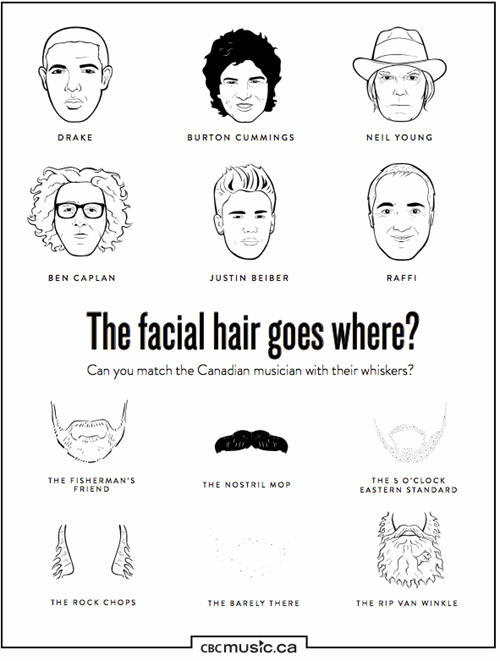 Check out more music activities at the via link.

Am I Seeing Double? 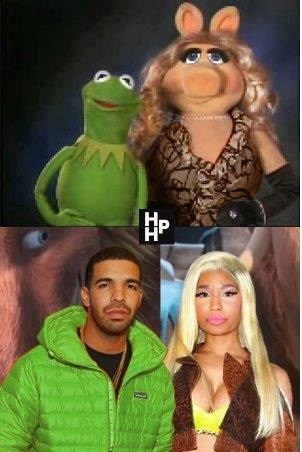 The Similarities Are Eery 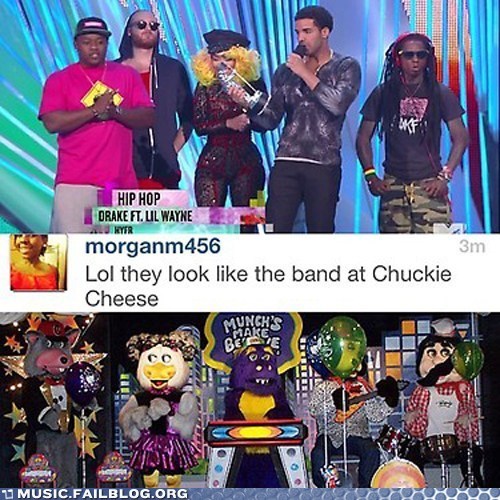 GrooveShark Has No Love for Drake

Drake Has Been Branded 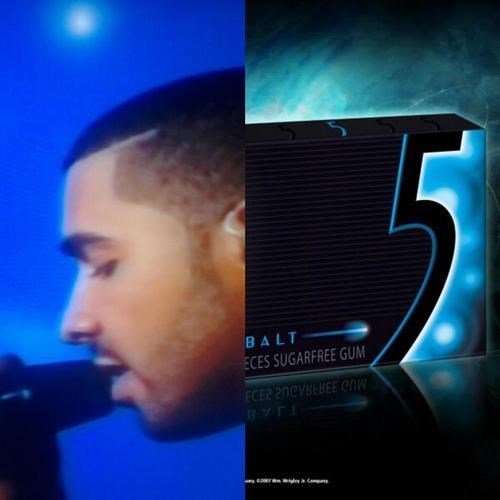 Not Just Less Drake, But NO Drake 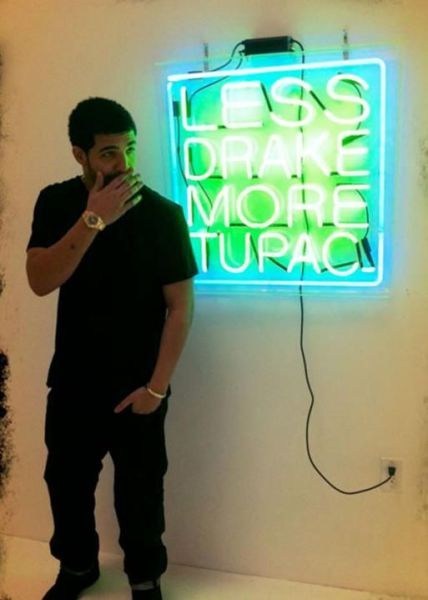 When Drake's Music Hits Me, I Most Definitely Feel Pain 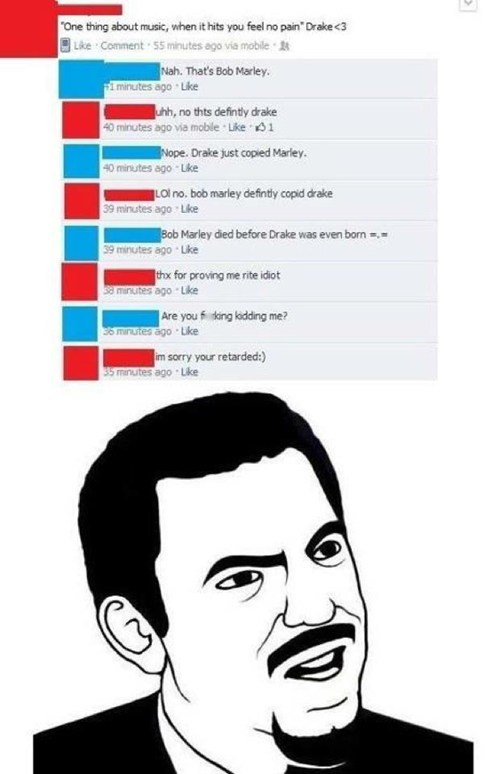 Chris Brown Gets Into Fight With Drake's Entourage, Proudly Tweets His Boo-Boo 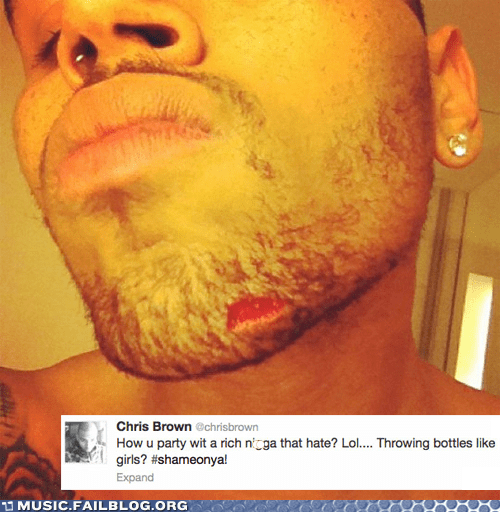 In case you missed it, Chris Brown (and his entourage) broke into a fight with Drake (and his entourage) on Wednesday night. The two happened to be eating at the same nightclub, when Brown sent a bottle of champagne over to Drake's table (uhhh, thanks?). The rappers' respective crews started heckling each other, heated words were exchanged, and finally a bottle was thrown at Brown's face, leaving the nifty gash that Brown tweeted later. He promptly removed the photo and tweets soon after posting them.

But the real hero in this story is the brave little coke booger clinging valiantly to the inside of Brown's nostril, weathering Brown's inhalations throughout the night and remaining there until Brown took this picture of him for all the world to see. God bless you, little coke booger. You are truly an inspiration.

Tupac's Back to Save Us All 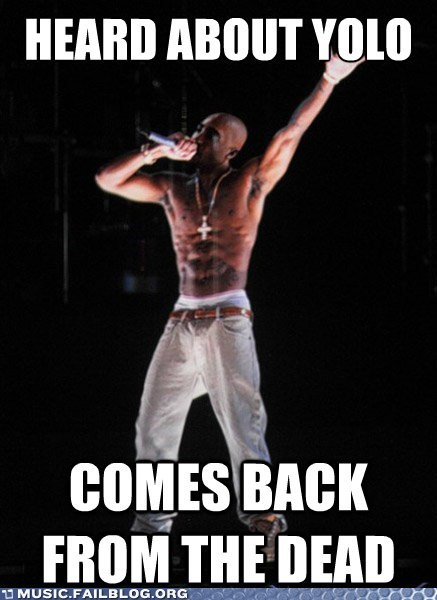