Segway: A Revolution in Ouch

By jahhoo
Repost
Recaption
Comments
The Daily What
Favorite

Parade Rain of the Day: Usain Bolt Gets Struck by a Segway Minutes After Winning a World Championship 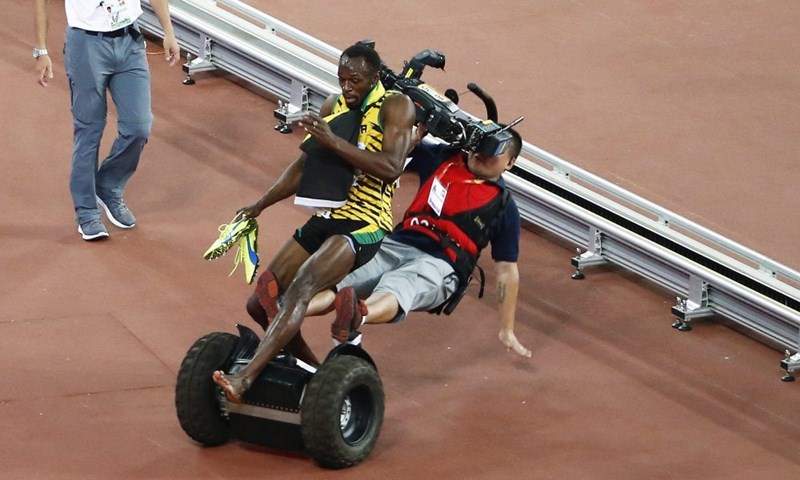 Segways, or jerk strollers as their known, have no place in our world, especially when they are attacking top athletes.

The awesome Usain Bolt had just won his crazy fourth 200-meter victory in the Beijing world championships and was taking an extended bow to the gathered fans. Then, tragedy struck bolt.

Or rather some camera dude on a Seqway.

Fortunately for the world, and for the fate of that cameraman, Bolt came out of it unscathed.

Though Bolt got up holding his leg around his Achilles, causing Jamaica to hold its collective breath, he seemed fine and continued jogging around the track and taking pictures with the crowd. That's good, because as long as no one got injured, the whole thing was hilarious because that photographer — he was on a Segway, which makes it at least 75% funnier.

There are many videos of it.

And here's another angle:

Usain Bolt wins the 200m at the World Championships, then gets taken out by a photographer on a Segway... pic.twitter.com/cjMXIFJEMl @NBCDFW

The best part is how he just rolls up like it's nbd. Because he's Usain Bolt.

The Parking Mechanisms on Segways are Terrible

Just Crusin' the Streets on a Segway

And You Thought Bike Riders Were Bad 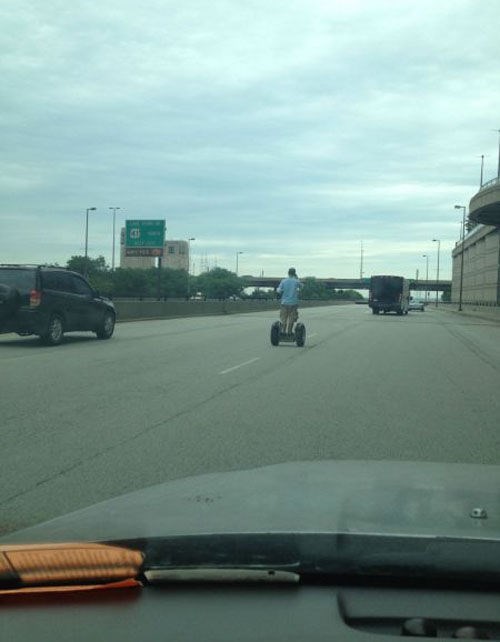 Segways, and Endless Source of Failure 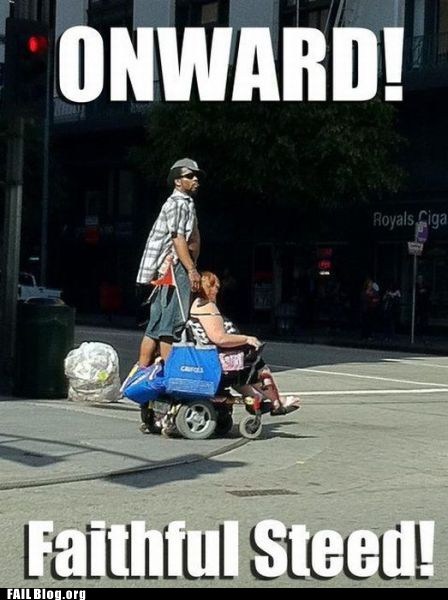 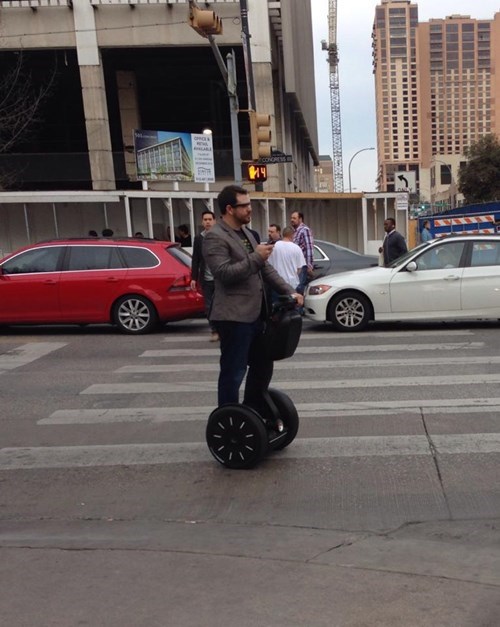 Uni-Wheel Segways Are the Future (of Pain)

Dad Knows Best... How to be Lazy 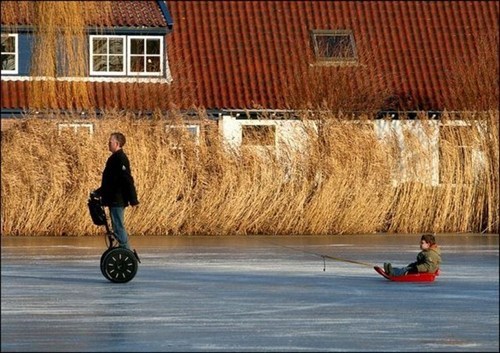 Sometimes the best solutions are the easiest ones! Check out more of Dads being awesome at our Father's Day page!