My Québécois is a little rusty, but I can imagine mom here is saying something to the effect of "Oooh, big man with a chainsaw, I bet you're not compensating for anything at all." The guy clearly wasn't looking to go all the way with the violence, but the kids in the car certainly got a scare out of it. And by scare I mean "lifelong fear of all chainsaws from this moment forward."

A woman was tailgating a car in Northern California this weekend, and she went full speed towards Crazy Town after the passengers made "a rude hand gesture" to her.

The 50-year-old woman, Dierdre Orozco, drove her Ford Explorer in front of the girls to get them to stop. She also pretended to be a police officer, even getting out of her car at one point and approaching them with some sort of ID.

When this strategy failed, she decided to start ramming them off the road.

The crazy woman was eventually arrested when she went off the exit.

Warning: PTSD-inducing language in this video.

"It was the most pathetic fight ever, but because of them the traffic came to a stop in both directions.

"There was a bit of crowd gathering to watch them and a couple of people tried to separate them, but most people were in stitches at how hilarious it was."

This Driver's Crazy GTA Road Rage is One Thing, but the Commentary Makes it All the Better

Warning: Plenty of work-unsafe language in this video.

Rage Against the Scooting Machine

When the Unstoppable Biker Jerk Meets the Immovable Car-Driving Jerk, Everyone Loses

Try to watch this video without having a seething white-hot rage for both parties involved. Feel free to post in the comments about who was the bigger ass in this classic Seattle non-confrontational confrontation.

The Easiest Way to Get Road Rage-d 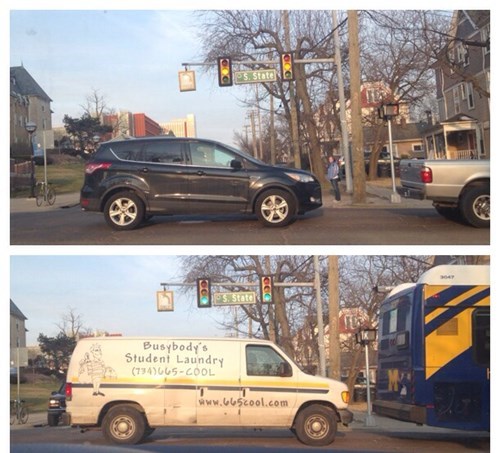 That Explains the Aggressive Driving! 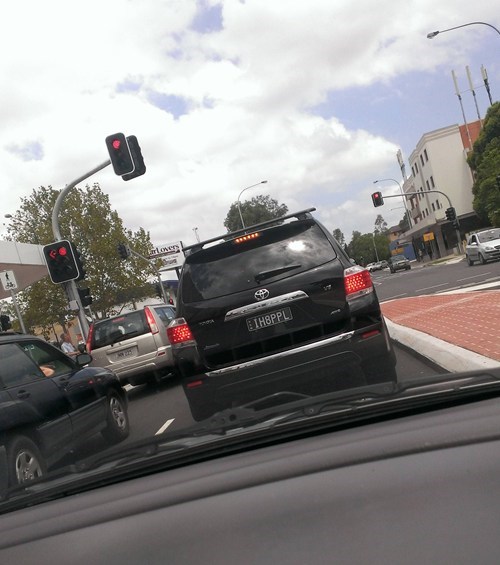 We All Feel This Way During Traffic Jams

Swearing, lots and lots of swearing.