Who Would Have Though Impressing a Date With Parkour Would End UP Horribly Embarrassing For You?

Oh yeah, almost anyone could have predicted that.

The Circle of Life is Cruel

According to AL.com, a girl named Darby tried to prank her friends by wearing the head of a Barney costume.

The joke didn't go quite as planned when the costume head slipped down below her shoulders leaving her both trapped, and forced to walk around with T-rex arms.

Eventually, when her family and friends couldn't help her, they piled in a mini-van and headed down to the fire department where this hilarious scene took place: 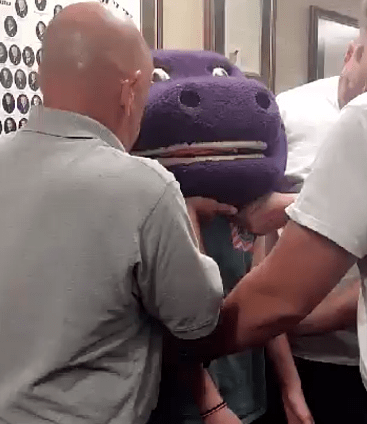 Dumb Idea of the Day: Australian Student Jumps Into a Chilling Bay To Save His Drone Work