One can only assume he grabbed the wrong rectangle-shaped thing before going live.

WGN Morning News in Chicago thought they had caught on to a major story when they began reporting on a suspected plane crash which happened in the area. What they didn't know was that it was all staged. The crash site had been set up to be shot for the NBC TV show Chicago Fire. One thing is for sure here, though: Orson Welles would be proud.

Vine: It's not just for scare-cam reactions and shaving cream pranks anymore. Check out FAIL Blog's Vine page for some of the best new and classic FAILs, like these poor news reporters here: 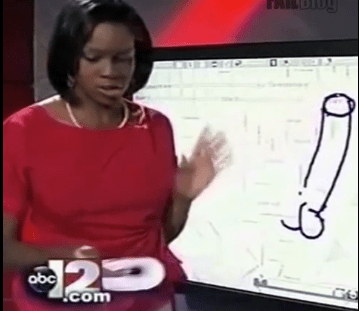