Probably Bad News: These Frivolous Lawsuits Are Tearing Me Apart 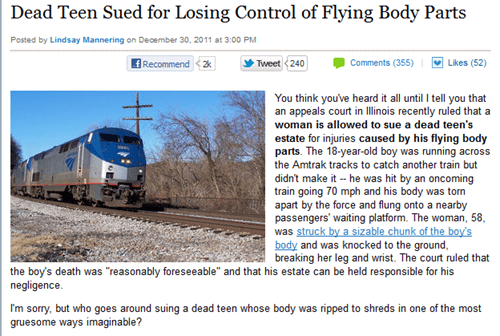 Good Point, I HAVE Been Killed Lately 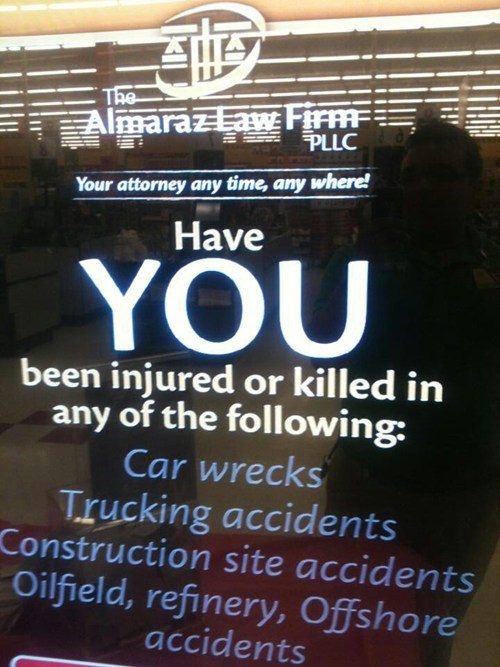 A California Lawyer Might Get Disbarred for These Painfully Bad Photoshops 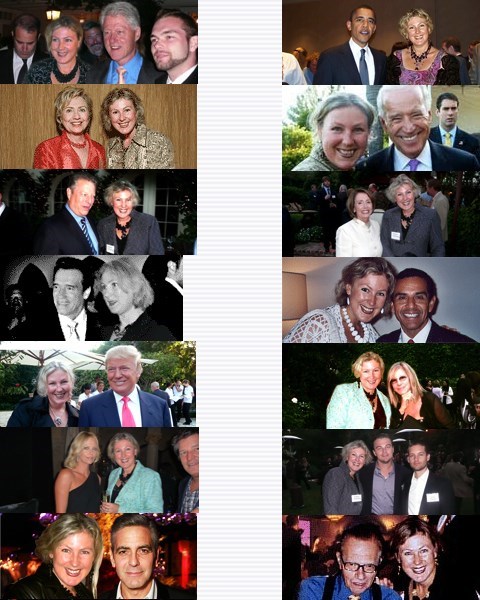 Svitlana Sangary engaged in deceptive advertising, refused to cooperate with bar investigators and, in a separate manner, dragged her feet releasing the files of a client who had fired her, State Bar Court Judge Donald Miles found.
"The court has grave concerns regarding [Sangary's] demonstrated lack of insight and her contemptuous conduct during these proceedings," Miles wrote. Her "failure to remove the deceptive images from her website, even after the State Bar brought this issue to her attention, and her demonstrated disregard for the disciplinary process give little reason to believe that her misconduct will not continue." 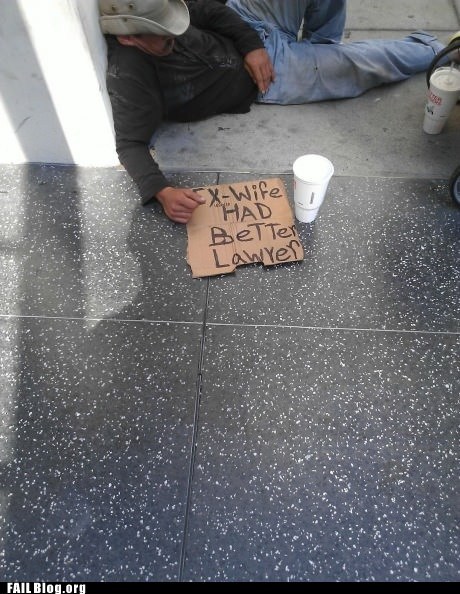 A Colorado Man Used a Stuffed Owl Named "Solomon" as His Defense Attorney. It Was Not a Hoot.

I'm no legal expert, but something tells me this isn't exactly a great move for your case. From Arbroath:

Charles Abbott arrived at court in Aspen, Colorado, on Tuesday with a stuffed owl and placed it on the defence table in front of him. “He’s a very sensitive guy, has law degrees from Yale, Harvard and Stanford,” Abbott told Pitkin County Court Judge Erin Fernandez-Ely. “I think he’ll be able to represent me before a public defender comes online.” But the fluffy horned owl that Abbott called “Solomon,” had no influence on the hearing’s outcome. Fernandez-Ely casually ignored its presence when Abbott introduced it, and she moved along with the court’s business. Abbott’s court appearance was to address a protection order that took effect after he was accused of assaulting his former roommate, Michael Stranahan, at an Alcoholics Anonymous meeting on May 9. Authorities again arrested Abbott, 67, on Saturday on suspicion of violating the court order by going to Stranahan’s home to collect some belongings.