"Series of Tubes" is No Longer the Dumbest Thing Anyone Has Said About the Internet, Thanks to Ted Cruz 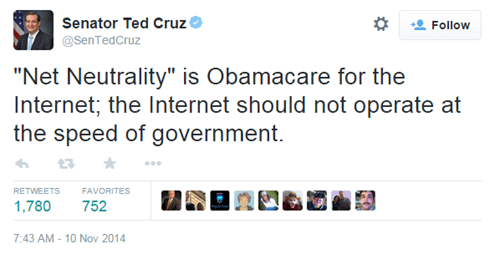 For those of you unfamiliar with the hot button issue of Net Neutrality: Lawmakers, cable companies, and media groups are arguing about whether the internet should be classified by the FCC as a utility (like electricity) or a telecommunications service (like your cable television). If cable companies like Comcast had their way they would prefer the latter, and your internet would look an awful lot like premium cable - complete with certain sites or services that had to be "bought into." Thus why the rest of the internet is saying "NO THANKS PLEASE" to the rest and calling for Net Neutrality.
But really, Ted Cruz gets to the heart of the matter, because clearly an open internet where businesses are on an equal footing to compete with one another is the socialist Obama-geddon of the internet as we know it. 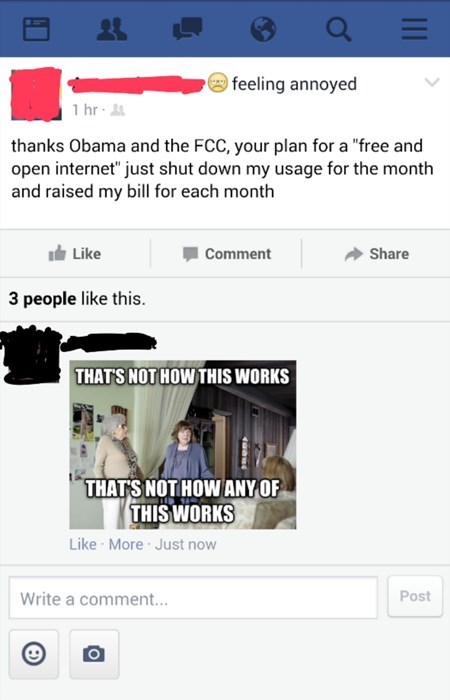 The Big Guy Upstairs Cares so Much About Your Cat Memes 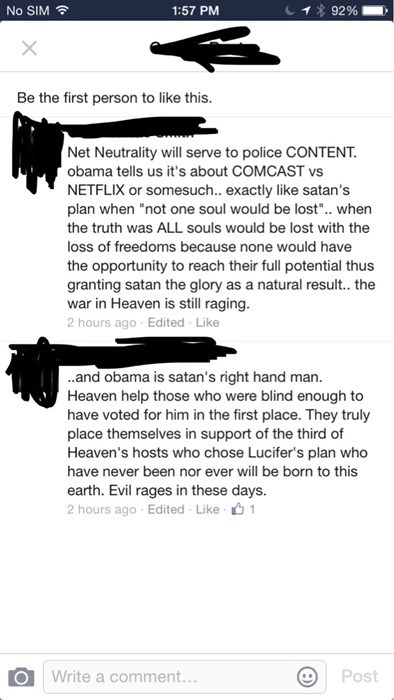 Thanks for All the Open Internet, OBAMA

Laughable People Who Think They're Brilliant