Just about anyone who lived through the mid-2000s remembers the explosive shenanigans of the Mythbusters. They built stuff, dropped stuff, shot stuff, and blew stuff up for science. Btw, here's an amazing tumblr story about the fastest manmade object ever. It was a manhole cover. Amazingly with the Mythbusters and all their explosions, there wasn't too much private property damage. Or so we thought. This tumblr thread explains some of the extra collateral damage the Mythbusters achieved. And also, we dearly miss Grant. 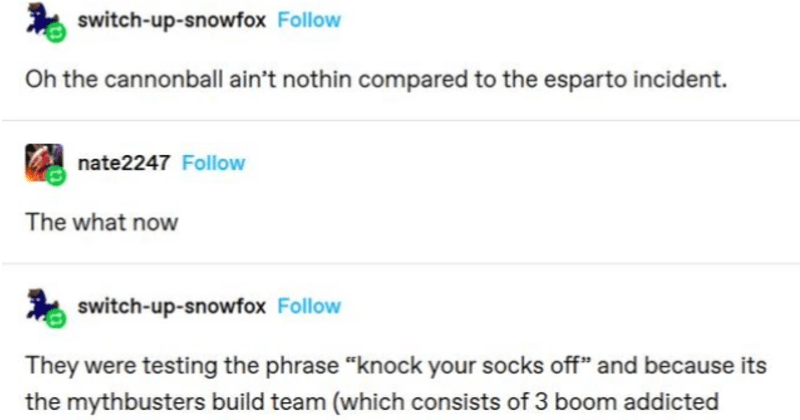 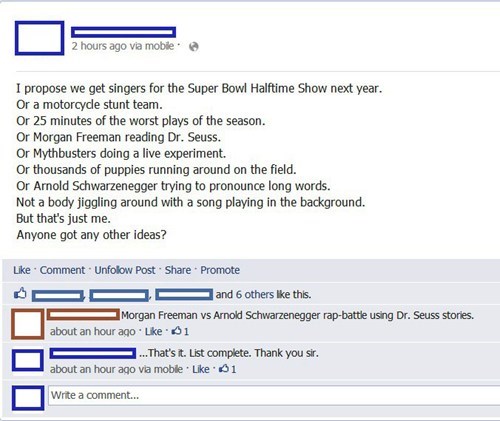 Well Internet, got anymore ideas that could top these? 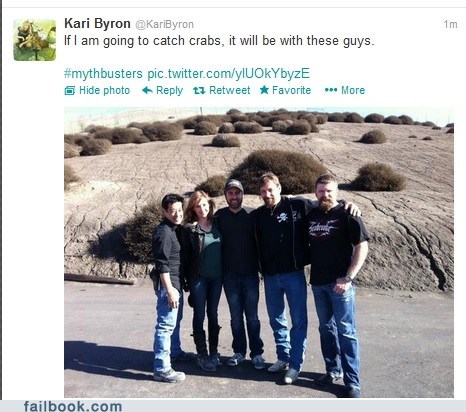 I Nominate Kari to Test This One

We Must Bust This Myth ... for SCIENCE

A Suggestion for MythBusters