JESUS CHRIST IT'S A LION, GET IN THE CAR

Plus the Whole Being Exiled Thing Sucks

'The Lion King' is a fondly remembered Disney movie about a lion who becomes king. Hence the title. Twitter user @SINice hilariously reimagined the movie by rewriting Simba and Nala as if they were "from the hood". Their concerns are a lot more relatable than securing a kingdom but it does seem like they're having some relationship problems. It's best to just sit back and let the drama unfold. 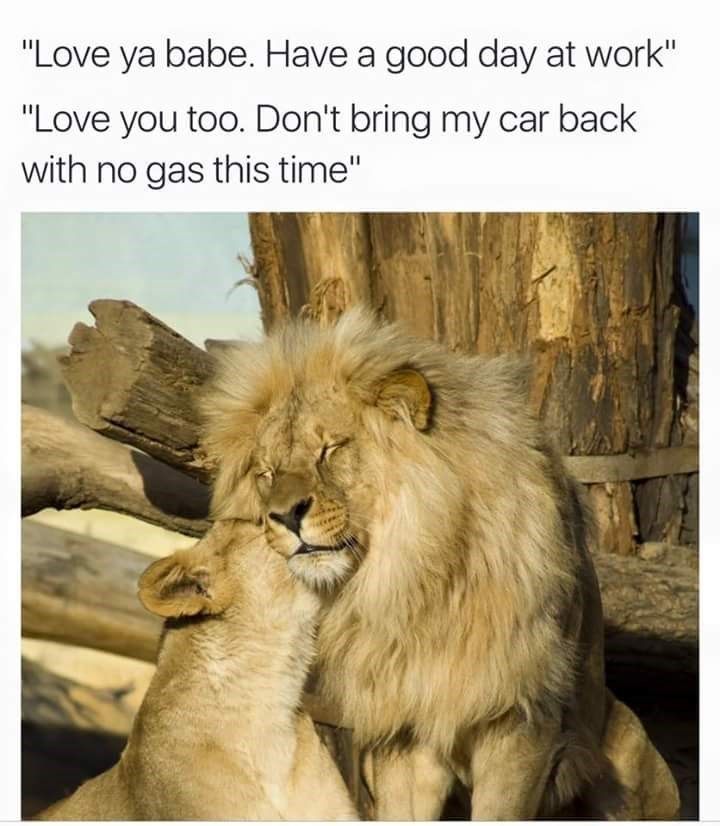 If There's One Thing Christmas 2016 Taught Us, It's That People Still Are Not Okay With Mufasa's Death 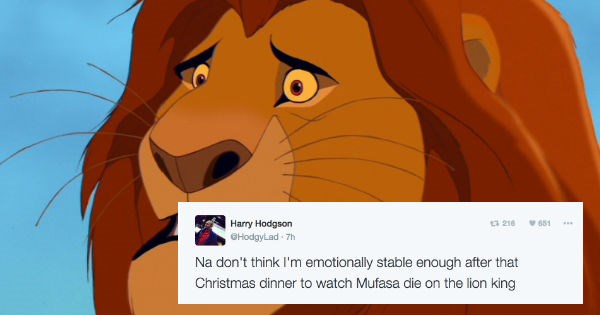 Some Don't Appreciate the Musical Stylings of Mr. Soulja 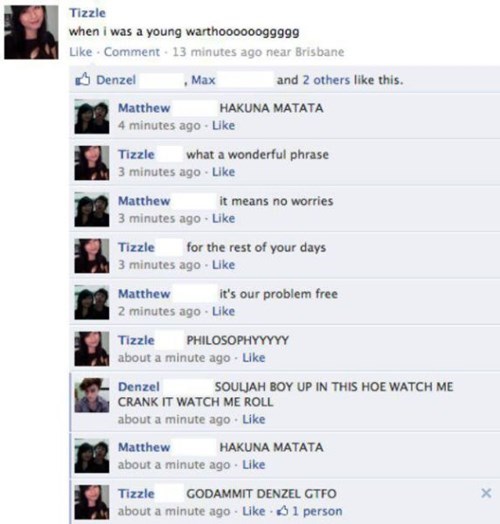