Everybody Get Up, It's Time to Scream Now! 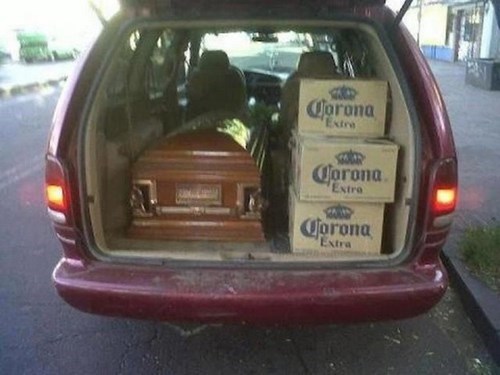 Awkward to Awkward, Dust to Dust

Pour One Out for the Homie 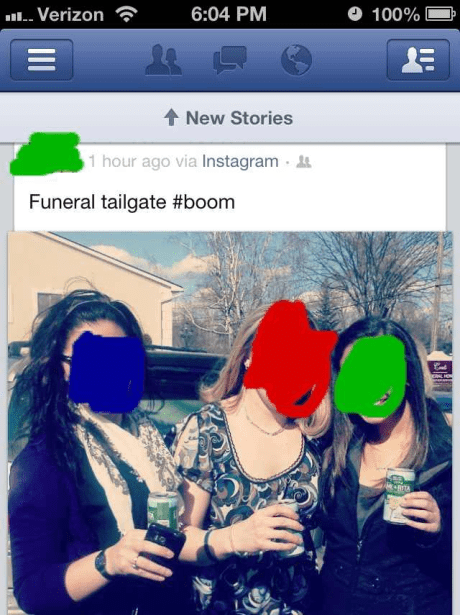 There's a Flaw in Your Plan 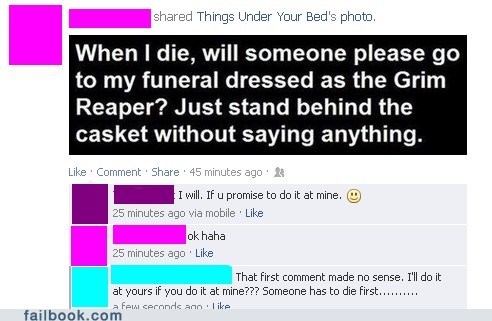 But They Have to Be Color Coordinated

I Think You Can Guess How It'll Go 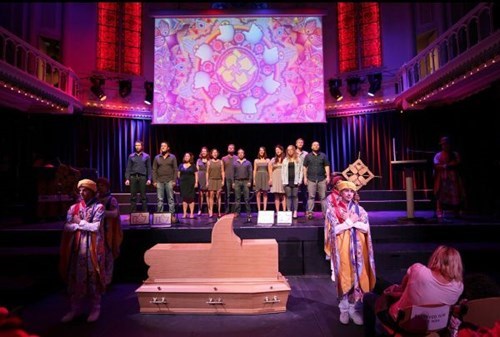 Curious about their reasoning? Here's the manifesto they released regarding the bizarre funeral:

Not too long ago, this development led to a miraculous occurrence. A new technology turned the act of Liking into a commodity, hence into a symbolic totem and a new belief, at a time when faith in religion and our monetary system is crumbling.
At first these "Likes" seemed innocent. A gift bestowed upon us unconditionally and in overabundance. Sometimes the Likes would pile up like presents under a Christmas tree. But soon we started craving for more and eventually the "Like" became the opium of the masses. And now society has forgotten the real act of Liking. [...]
And instead of taking action to make change happen, our activism has been reduced and confined to the square inches of our computer screen activism has become clicktivism. We express our dislike of what is happening in the real world with a Like.
We as a society need to focus on real actions and intentions, rather than the symbolic reward bestowed on things by a mouse click. We must never forget that the real reward of Liking lies amongst ourselves and inside our communities.

Doctor Who the Hell Are You?

Whisk yourself away into the Faniverse!

Putting The "Pun" in Funeral 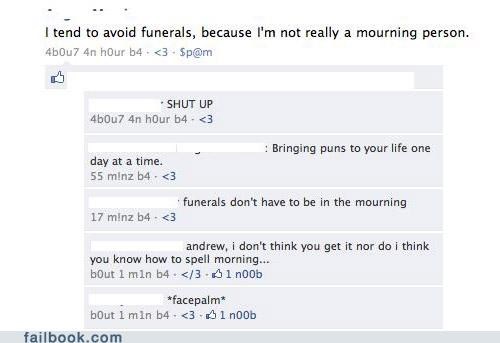 inb4 "they messed up the title"

They Had to Have a Closed Casket Funeral

By Tired of Stupidity
Repost
Recaption

It was too grizzly...

Way to Keep it Morbid, G 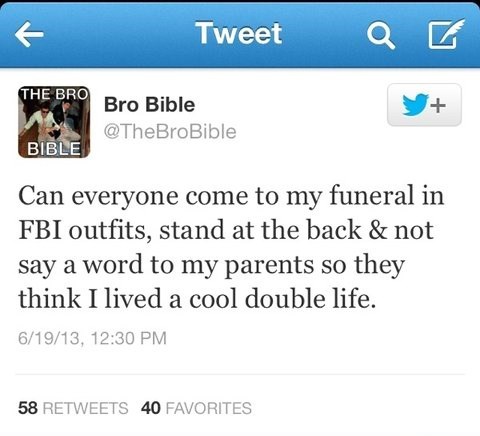