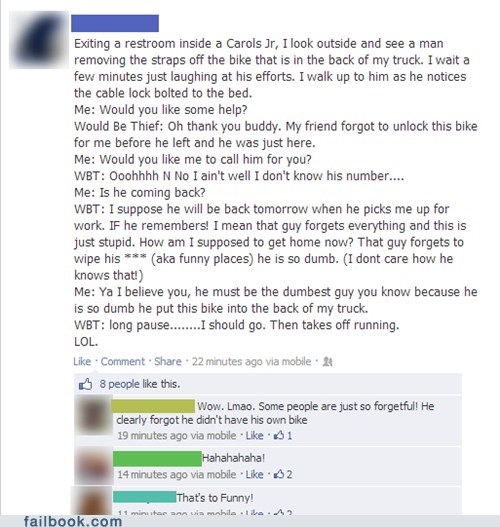 I suppose this helmet is yours too?

Ooh Ooh, Do Me Next! 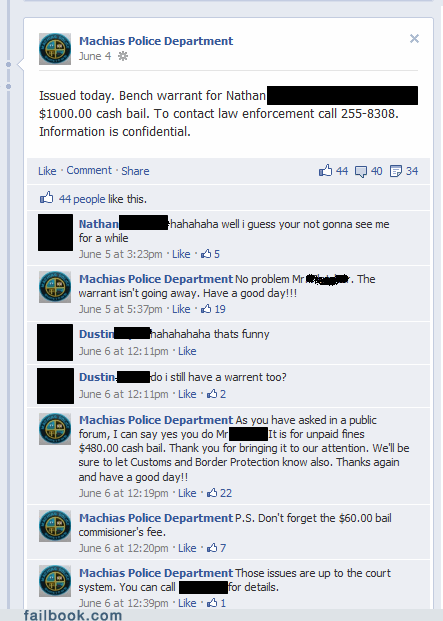 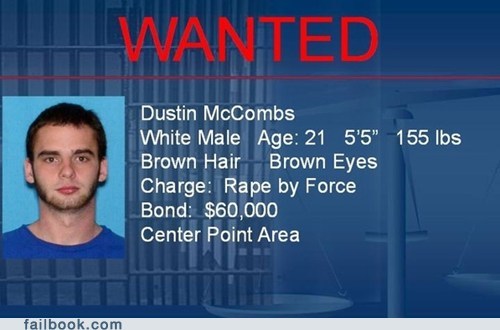 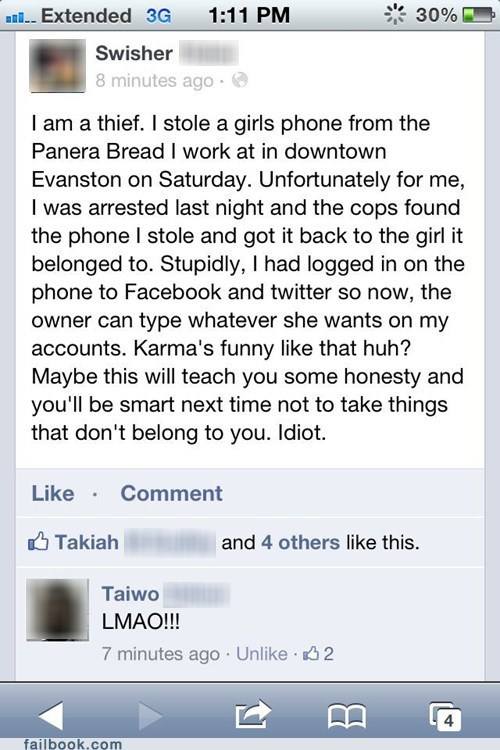 Cross-Eyed Criminal Gets Absolutely Roasted In The Comments

I swear the police department shares these on purpose for the banter! He's like the new neck guy. This is pretty brutal... 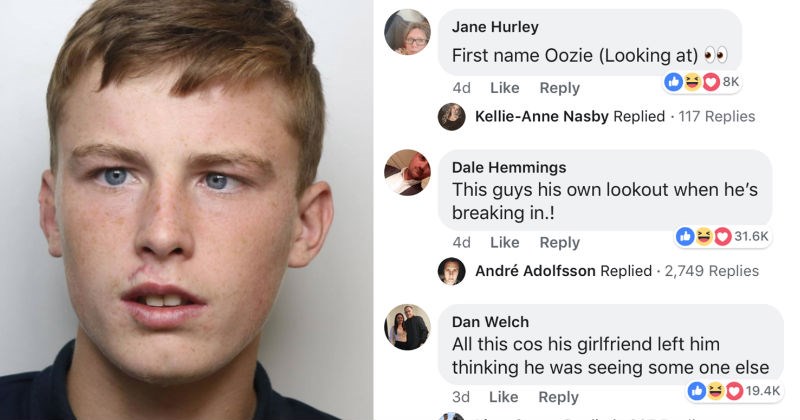 Internet Rant of the Day: Fugitive Lets Loose on his Facebook Most Wanted Photo 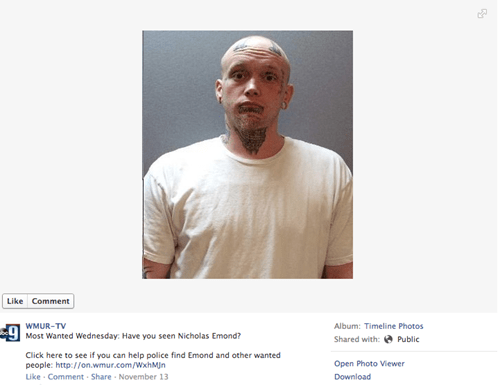 Nicholas Emond is a man on the run and has a lot to say about it. There is currently an outstanding warrant for his arrest related to violations to the conditions of a monitored release that followed felony charges of illegal firearms possession. Because police consider him to be ARMED and DANGEROUS, a local ABC affiliate posted his photo on their Facebook most wanted list.

With Nearly 300 comments, a number of them happened to be posted by Emond himself! Some highlights are him stating the government is "up to no good" and calling himself the devil. Deadspin compiled a condensed list of his comments:

I think it goes without saying that you shouldn't commit crimes but, if you really have to. don't post about it on Facebook. 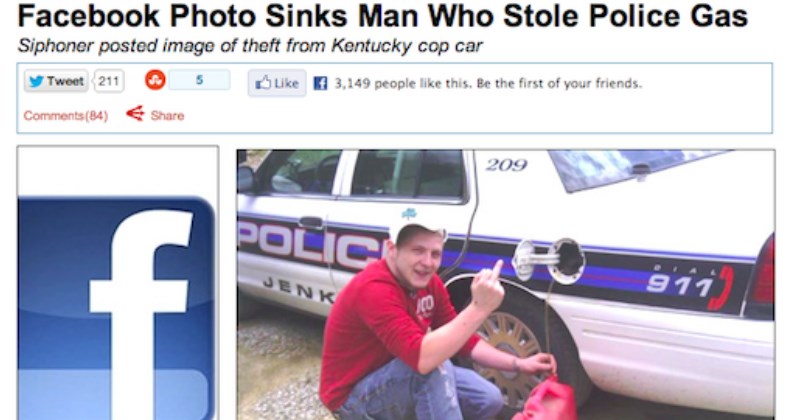 I Wonder if Her Location Tags are On? 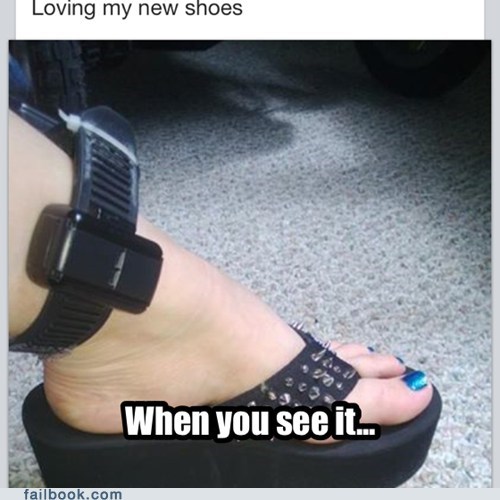 And I hope she got those shoes delivered.