This Poor Background Cartoon Character Finally Got the Recognition He Deserves

The quality of a cashier in the background of the Disney Channel show just doesn't seem to match the rest of the characters. Thanks to the internet, he finally had his day! 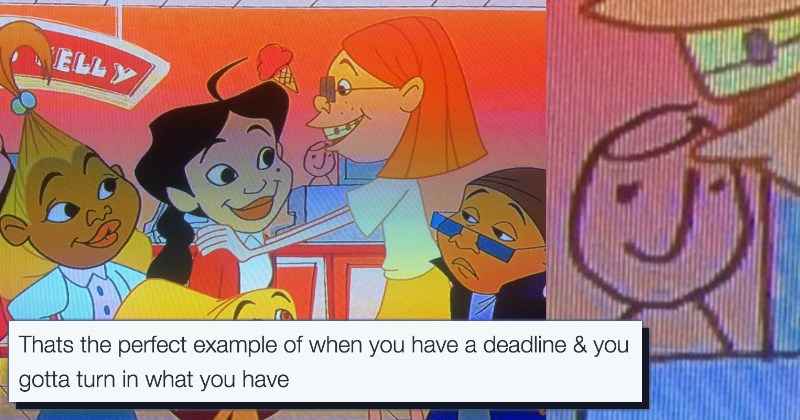 An Animated Short About the Perils of Social Media Obsession

Popular Belgian musician Stromae (aka Paul Van Haver) has a released a new video for his song “Carmen” which turns Twitter into a terrifying monster.

“Those fake smiles cut like a #. Watch yourself out there,” he says in the song. “Network friends and followers? No, no you’re just popular.”

It’s a reworking of “Habanera” from the opera Carmen, in which love is compared to a bird. He took that idea and made a version about Twitter.

The song is a commentary on how social media dominates our lives, and ironically he is promoting the new video on an Instagram account which he started a few weeks ago. It was directed by Sylvain Chomet, who worked on both “Triplets of Belleville” and “The Illusionist.”

“I’m not so radical about Twitter, but I think it’s sometimes dangerous if you think that Twitter is real life,” he told Time Out in an interview last year.

Stromae has a huge following in Europe and he is also popular with some world leaders, as both Nicolas Sarkozy and Barack Obama apparently own copies of one of his albums.

Here’s another of his hits called “Formidable,” which you may be familiar with. In the video, he walks around the streets of Brussels pretending to be drunk.

Lovely Neighbors That Detested Each Other

Technically Accurate Moments that are Clever and Dumb

Tumblr Thread: Kudzu Is A Monster Plant Waging War With Everything