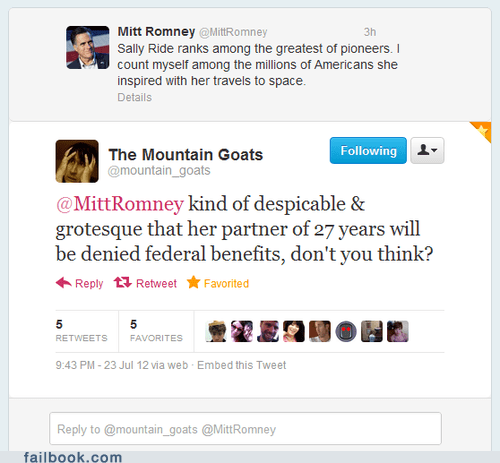 Pioneering astronaut Sally Ride revealed in her obituary that she had been with a female partner for many years. Sally Ride is inspiring, and John Darnielle is awesome. 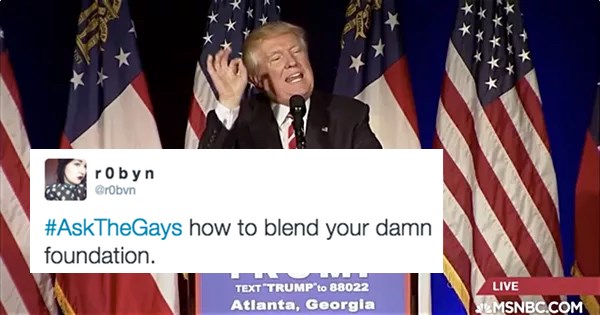 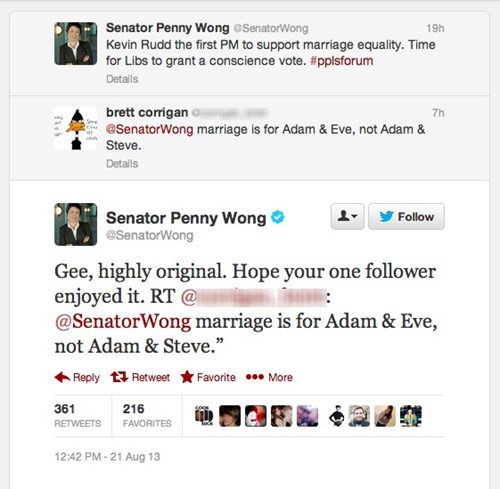 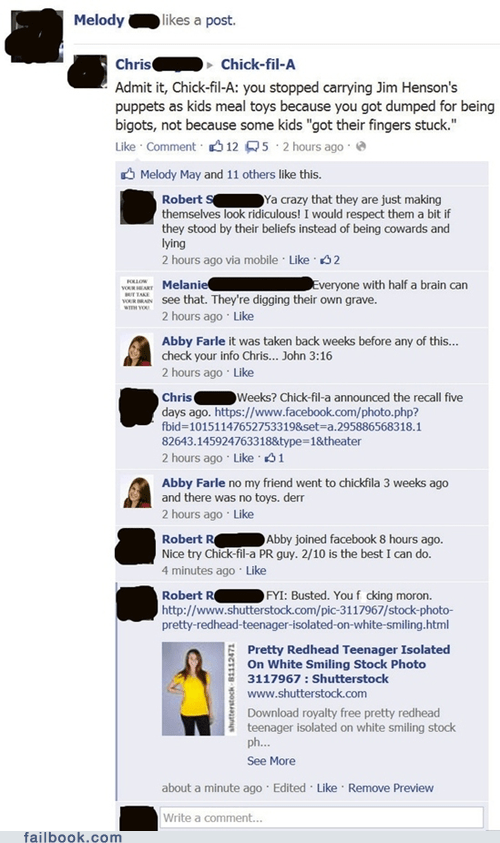 Chick-Fil-A has come under fire lately for its documented support of anti-gay groups, not least from the Jim Henson Company, which pulled its line of Muppet toys from the fast-food chain. Chick-Fil-A pretended that it had discontinued the line of toys itself for safety reasons, and it appears they may have created fake Facebook accounts using stock photos to defend themselves. Chick-Fil-A has denied these accusations of creating an invisible Facebook army. 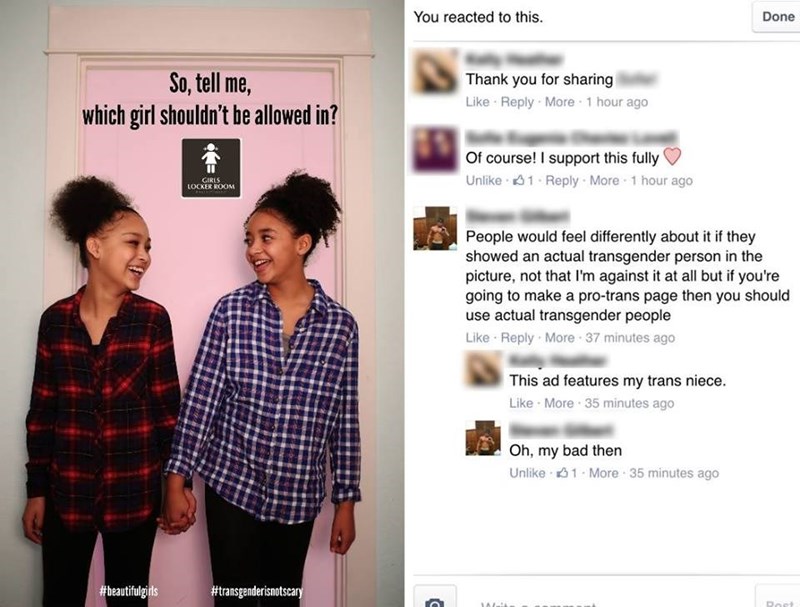 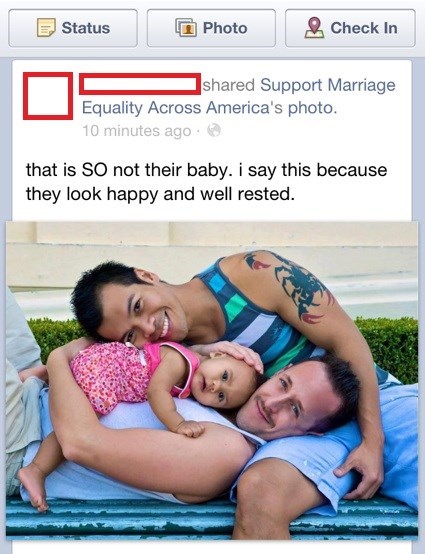 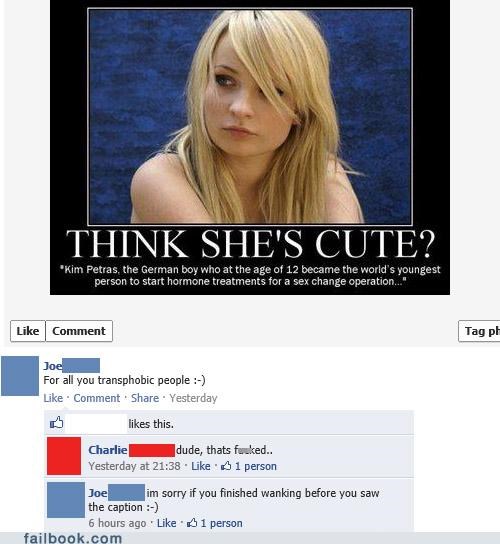 An Open Letter to All the Gayters

Ever since the tragic events in Orlando, the internet has rallied to show their support for victims of the nightclub shooting and LGBT community of Orlando. Unfortunately, there are still homophobic bigots out there trolling their best to justify the slaughter of 49 people. So, on Monday, Darrius Anderson decided to shut up those bible thumping haters with an incredible rant on just how hypocritical peoples' interpretation of the bible can be. 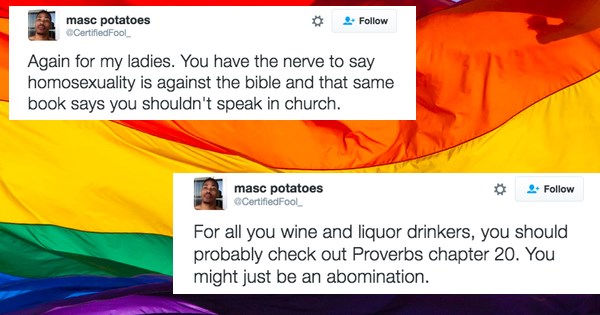 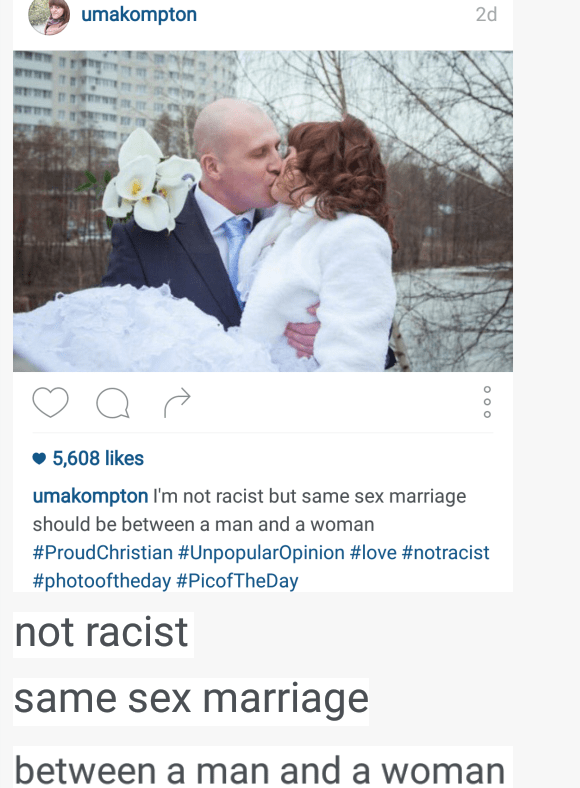 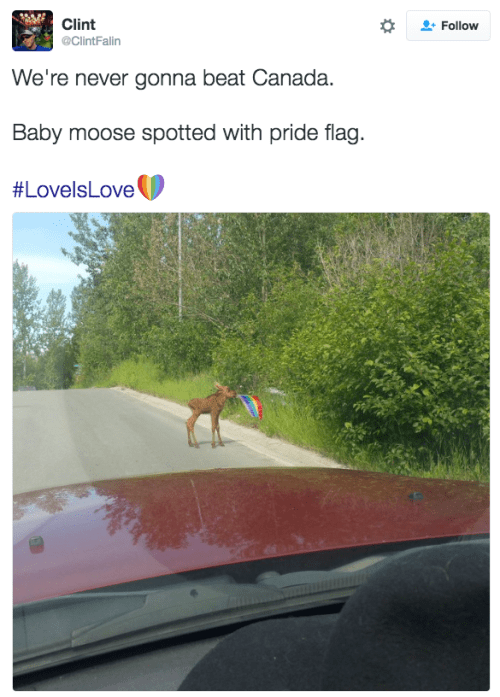 Hey, It's Not Our Fault Facebook Includes an Option for This Situation 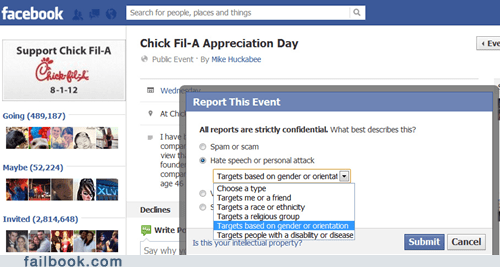