FAIL: It's What's for Dinner

Vegans Did Not Take Kindly to Gordon Ramsay's Joke on Twitter 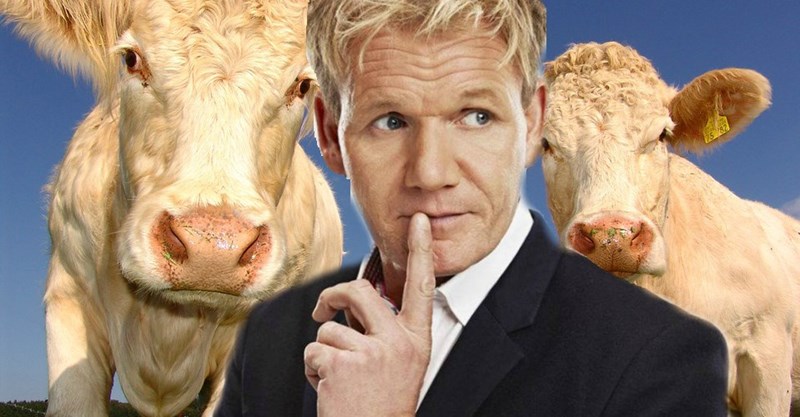 Someone on Twitter asked Gordon Ramsay if he's alergic to anything. His response made a lot of people mad:

It may be a fitting joke for a chef but it wasn't very nice. Not surprisingly, vegans responded with disappointment. 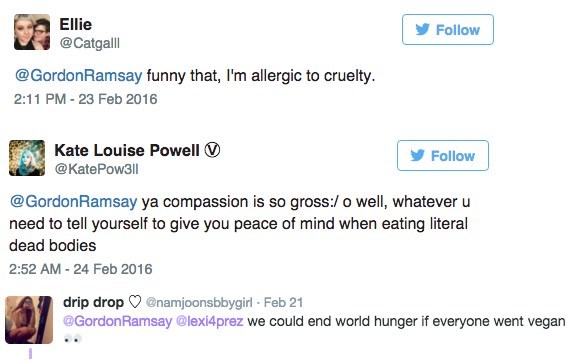 Some people were more upset that the joke just wasn't that clever:

But it's ok guys, because he apologized and clarified that it was just a joke. 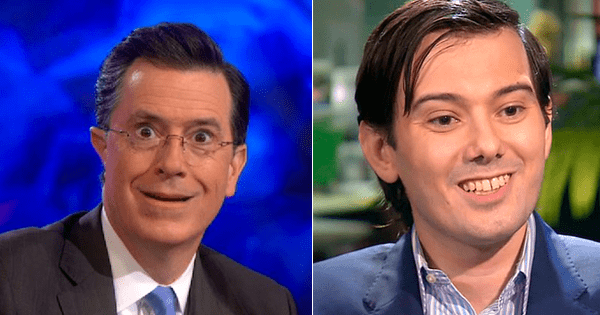 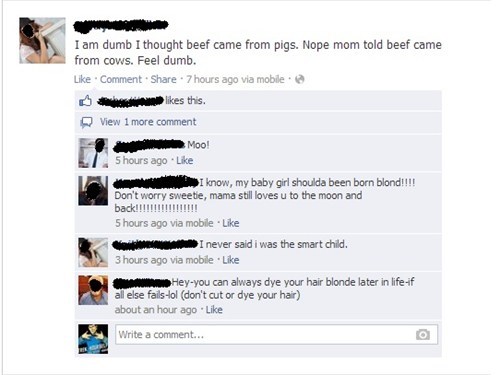 Where's the Beef Come From?