Clearly Not Smarter Than a Fifth Grader 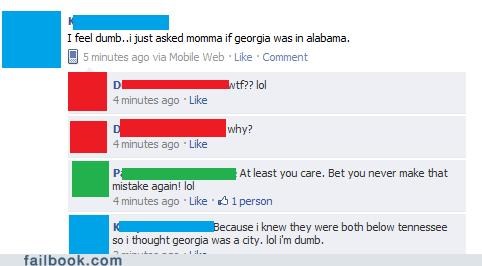 Alabama State Senator Shadrack McGill Gets Followed by Strippers in Real Life, McGill's Wife Rants About It on Facebook 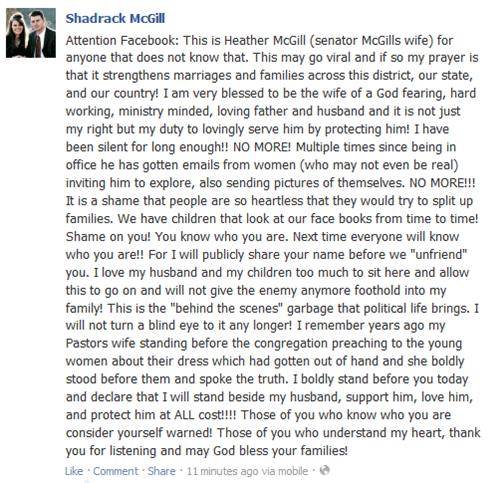 Sen. Shadrack McGill, who went on the record earlier this year saying that his reproductive health policies are dictated by Scripture, is none too popular among the... ahem... more sexually liberated folks in his state. Since his proclamation that separation of church and state can go to hell (no pun intended), McGill has been being trolled by a group of strippers who will approach him incognito during the day and ask for things like help changing a tire. When McGill obliges, he is always meant with a business card encouraging to visit the local strip club. On several occasions, McGill even had his Facebook page hacked and rather racy photos of strippers posted with captions like "had a great time with Shadrack last night!! ;) ;)"

Finally, McGill's wife Heather had enough of the strippers' shenanigans, and took to Facebook to tell them that they'll be smitten or something if keep up with this crap.

You Know You're in Alabama When...