Do You Want to Be My Boyfriend?

The Horror of Your First Place Together

There was a problem rendering this video - it may have been deleted.
Via Funny or Die
Repost
Recaption
Comments
Advertisement
Dating Fails
Favorite

You Don't Want Breakfast, You Just Want Them to Leave

Just when the Backstreet Boys and 'Nsync were fading from memory, '90s fever catches up again with the Second Coming of the Boy Band. Already ridiculously popular in their native U.K., the preteen quintet One Direction has already made enough of a splash in the U.S. for the predictable boy band backlash to occur. This particular parody doubles as a nice introduction to the band if you haven't heard of them yet.

TELL ME EVERYTHING YOU KNOW.

Hi, my name is Andy and I am trying out the new mobile matchmaking app Tinder. I hope to find my future love on here. Thanks for checking out my profile!

Being Sexually Adventurous Has Its Limits

Making Your Own Perfect Woman 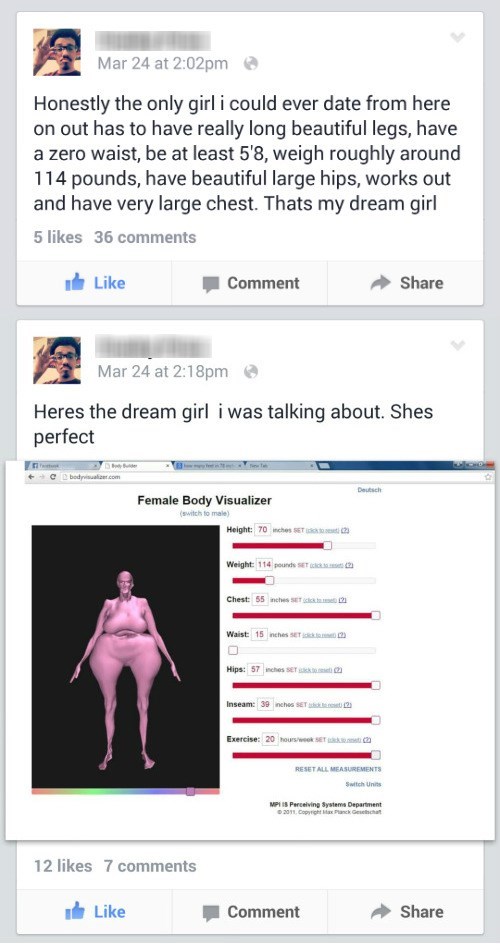 Invisible Girlfriends Are the Worst

Workplace warning: this video is full of manual stimulation.