Emoji are ideograms and smileys used in electronic messages and web pages. It is an extremely popular form of communicating within the online environment.

The Story of an Uncommitted Boyfriend, in Emoji Form 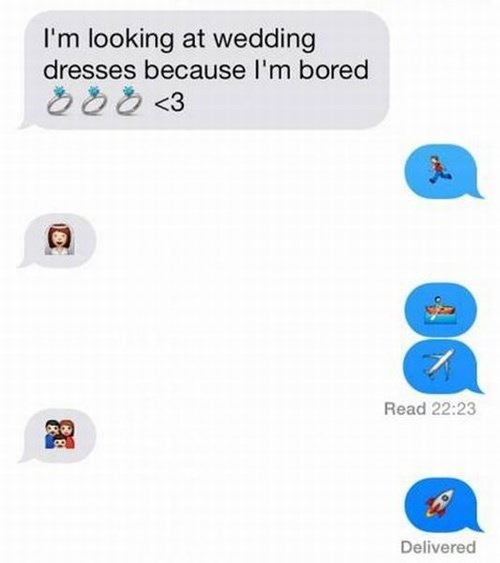 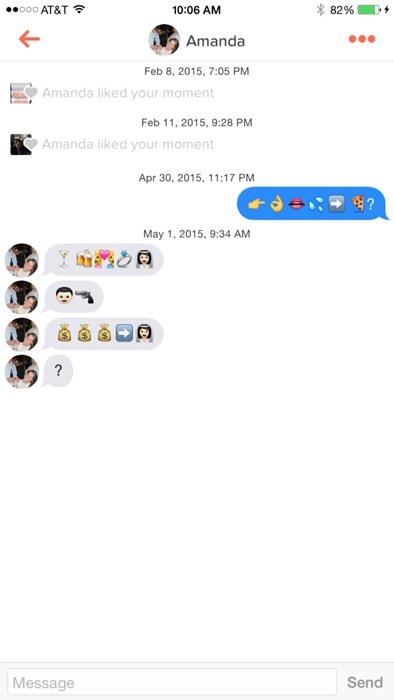 A Whole New Way to Sext 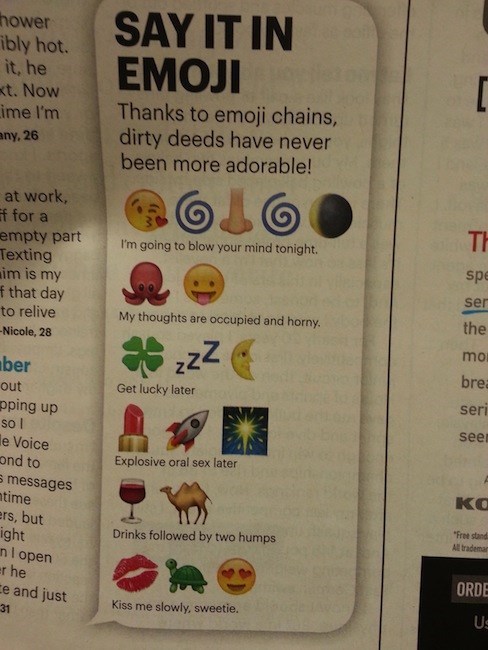 The survey concludes something seemingly arbitrary as a food emoji icon can symbolize body parts or sex, after determining that Instagram banned the eggplant emoji.

The ban was due to its search algorithm revealing the emoji was linked to 'lewd' photos of men and their intimate 'eggplant' parts.

The survey, which polled 5,675 singles, indicated 40% of people who think sexy thoughts more than once a day are apt to frost their texts with a whole lot of emojis; while the more docile of the bunch (once a day sexy thoughts) were proven less likely to drop an emoji.

Basically if someone texts you an emoji, you're totally in. Not really though.

"[Emoji users] want to give their texts more personality," Helen Fisher, the genius brainiac behind the study published earlier this year, told Time Magazine. "Emoji users don't just have more sex, they go on more dates and they are two times more likely to get married."

These Two Are Meant for Eachother 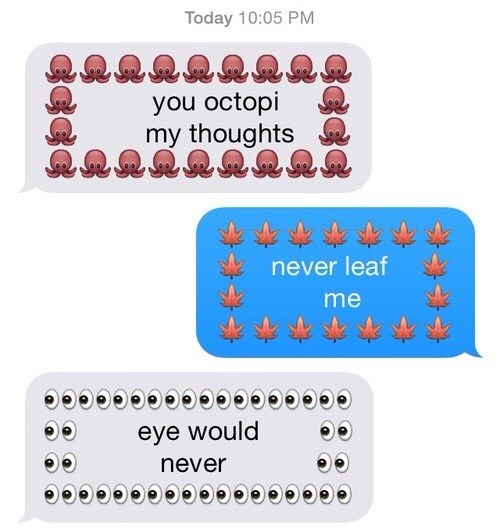 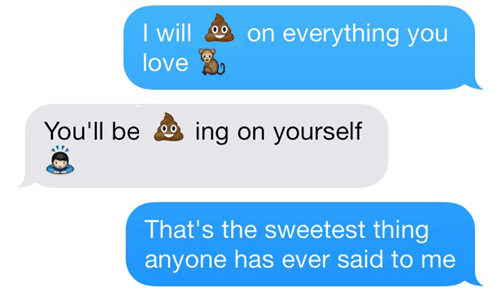 How to Give Good Emoji