Up Your Catfishing Game 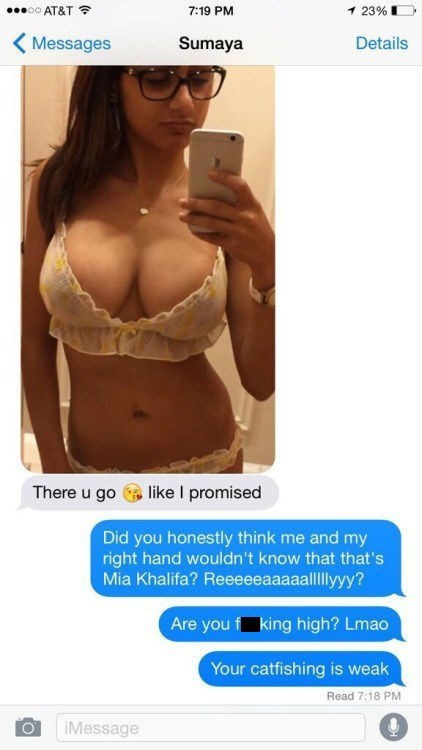 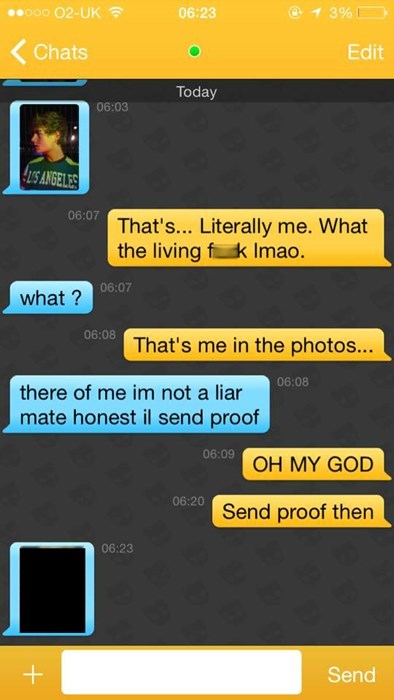 "Catfished" is a popular phrase meaning that someone you met in an online dating site or app turns out to be different than who they claimed to be. That is exactly what happened to Jack Kennedy, who encountered his own pictures being used by someone else on Grindr. After Kennedy called the catfish out on his lies, he posted the interaction on his Tumblr.

Your Catfish Game Is Strong 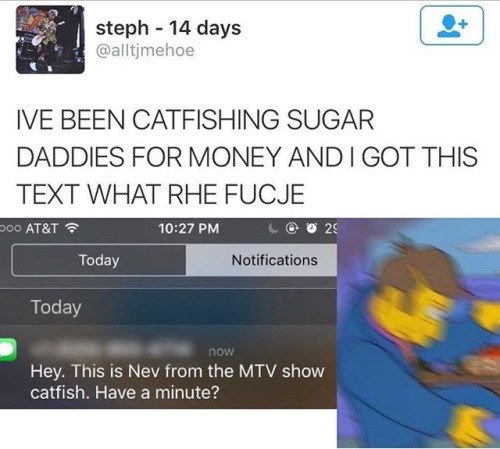 Via What If?
Repost
Recaption
Comments
Advertisement
Dating Fails
Favorite 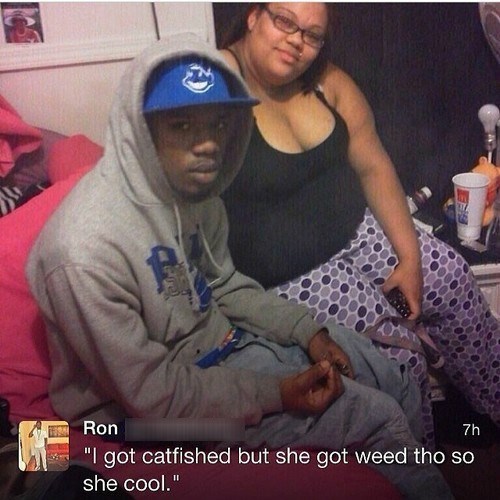