Only Your iPhone Understands You 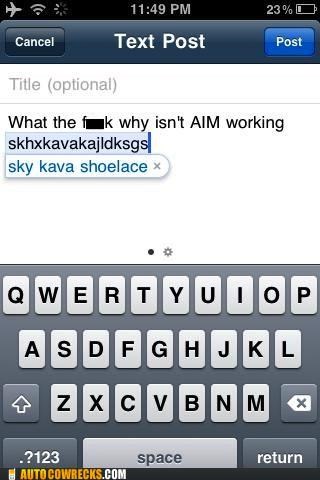 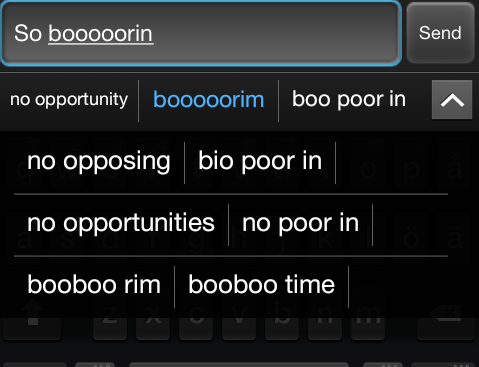 Your Phone is Just Trying To Educate You 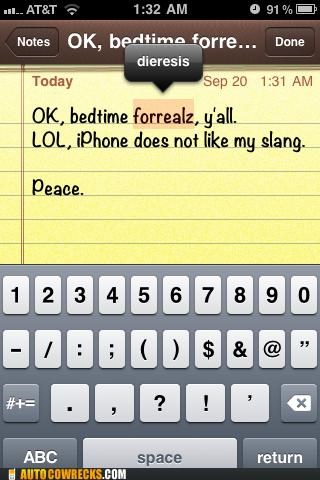 di·er·e·sis or di·aer·e·sis (d-r-ss) n. pl. di·er·e·ses or di·aer·e·ses (-sz) 1. Linguistics a. A mark ( ¨ ) placed over the second of two adjacent vowels to indicate that they are to be pronounced as separate sounds rather than a diphthong, as in naïve. b. A mark ( ¨ ) placed over a vowel, such as the final vowel in Brontë, to indicate that the vowel is not silent. 2. Poetry A break or pause in a line of verse that occurs when the end of a word and the end of a metrical foot coincide.

Are You Winnie the Poohing? 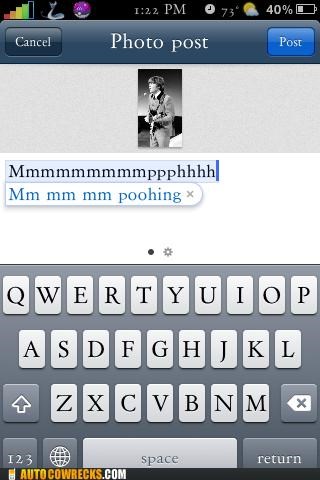