When Your Roommate is a Drunk-Vinci 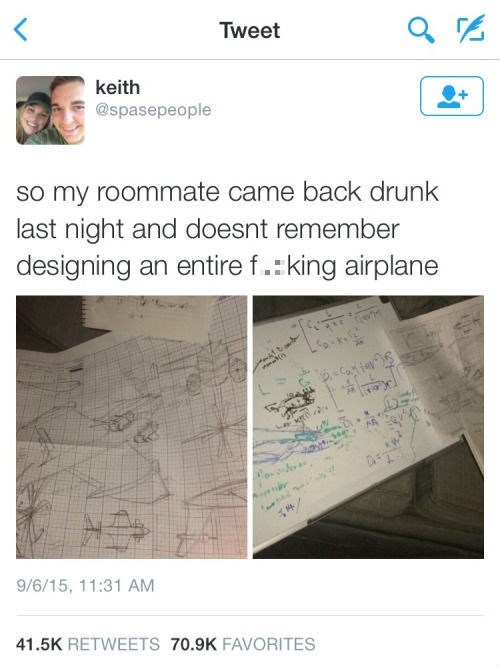 Who Could Say No to Having a Seagull as Their Drug Dealer? 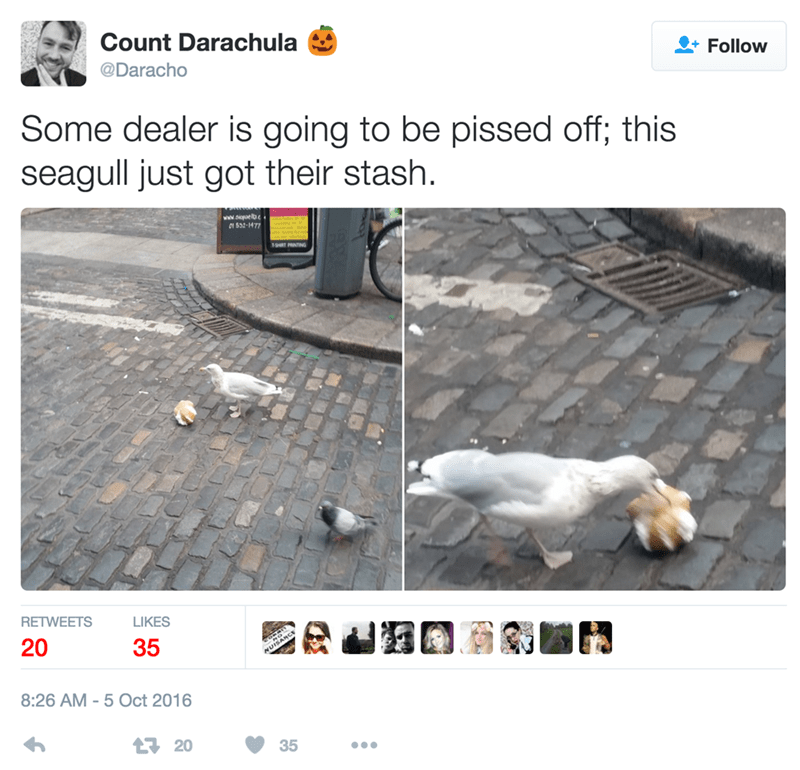 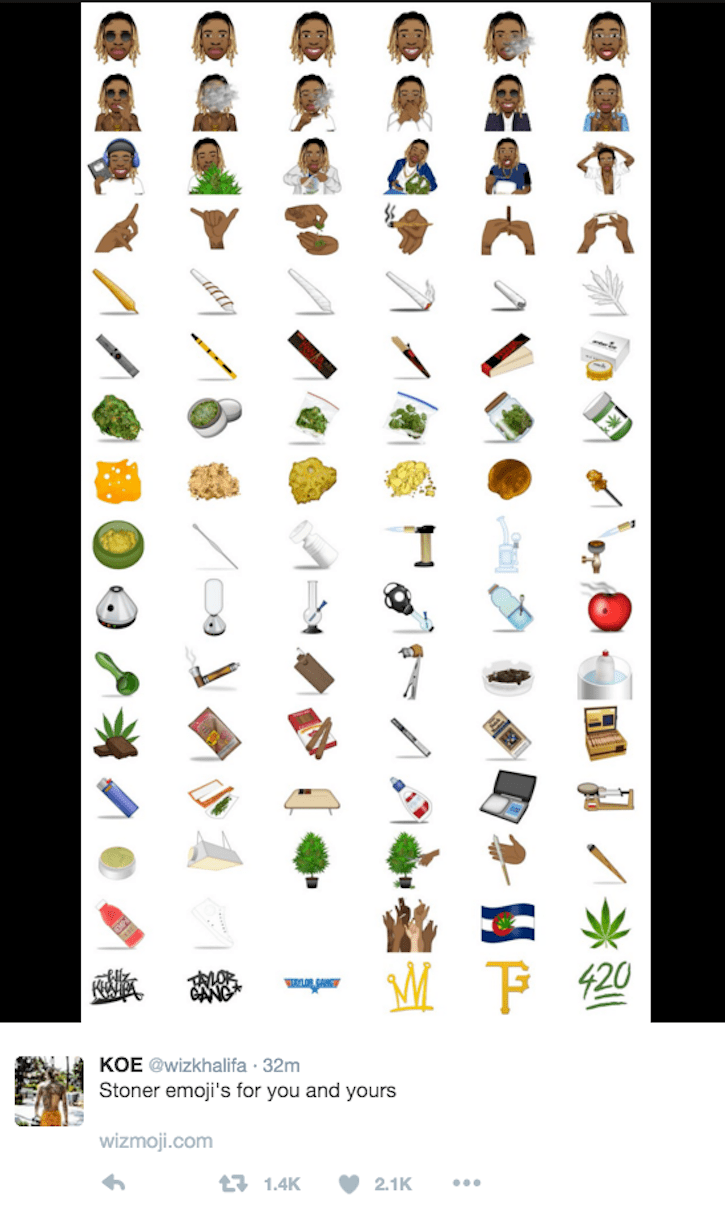 Get them on iTunes here, and express your 420 celebrations accurately! 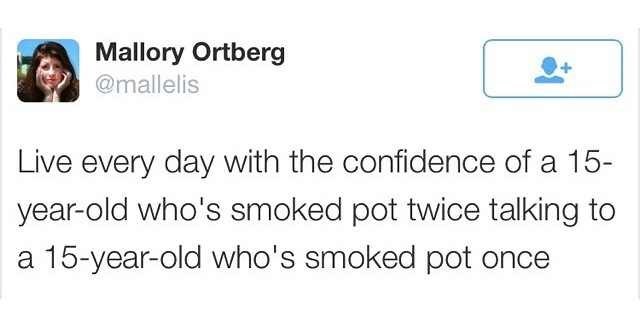 Booze News: All Beer, No Head 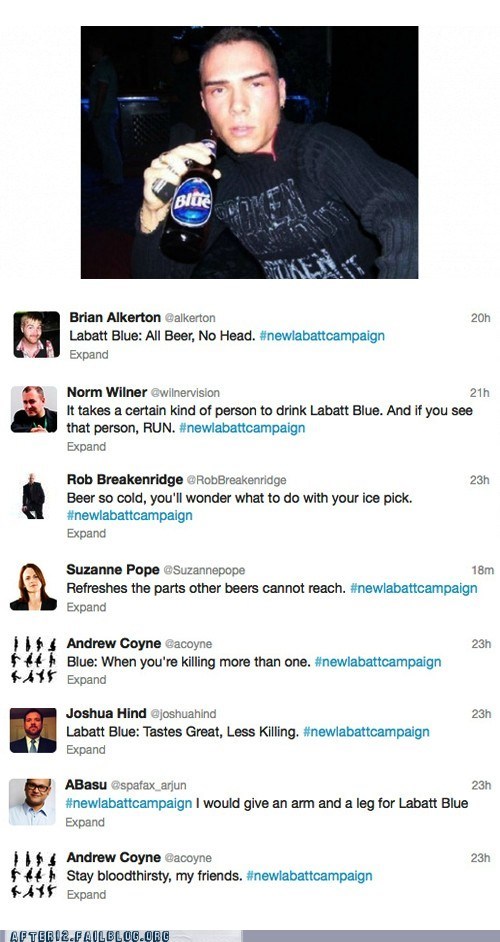 In case you've been living under a rock for the past week or simply don't enjoy wildly depressing news stories, the man pictured at the top is Luka Magnotta, 29, a Canadian self-professed gay adult film star who murdered a Chinese student in his apartment, uploaded a video of it to the internet, decapitated the body, and sent various body parts to, among other places, the Canadian Conservative and Liberal Party headquarters.

On June 4, Magnotta was arrested in Berlin, but not before the Montreal Gazette posted a picture of the deranged killer on its website drinking a Labatt Blue.

Harmless? Not according to Labatt, who subsequently threatened to sue the Gazette if they did not remove the image. Labatt associate general counsel Karen Sullivan had this to say to the newspaper:

"As I am sure you can understand, this image is highly denigrating to our brand, and we are disturbed that this image remains on your site despite repeated requests and the many images available of this person."

Labatt later dropped the case, but not before the internet got a hold of the story. The result? A Twitter tag called #newlabattcampaign. Some of the finer examples of slogan suggestions are pictured above. Just another example of when you're dealing with the internet, it's best to just let sleeping dogs lie.

RSVP if You're Down With LGBT and W-Double E-D

Danny Has Some Thirsty Insights 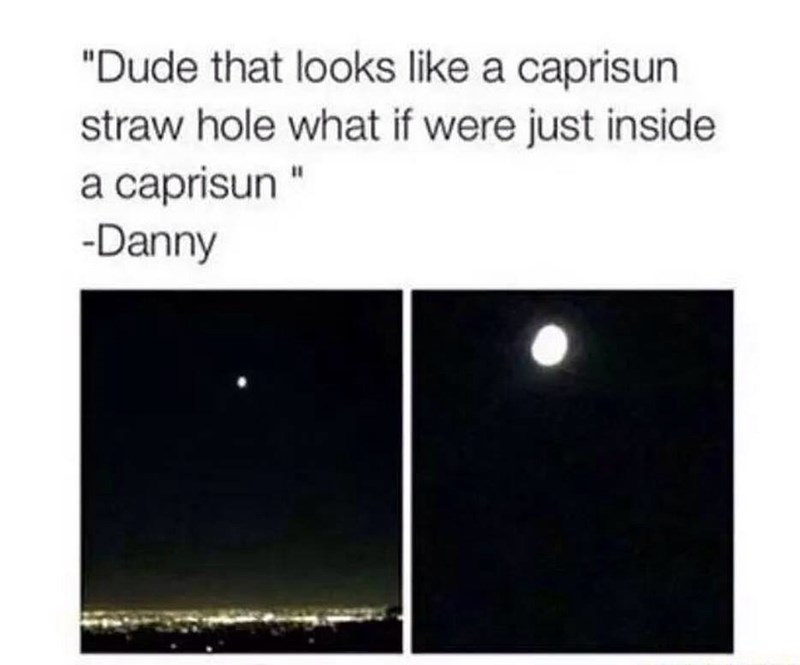 No Grandma, c0caine Does You 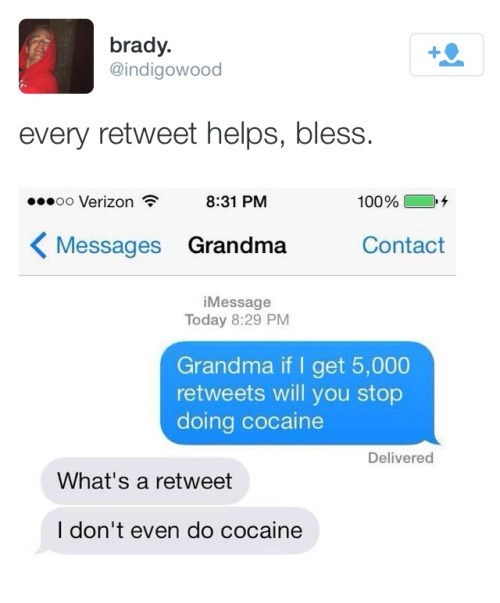 There was a problem rendering this tweet - it may have been deleted.
Repost
Recaption
Comments
Dating Fails
Favorite

Get That Side Piece of Cake 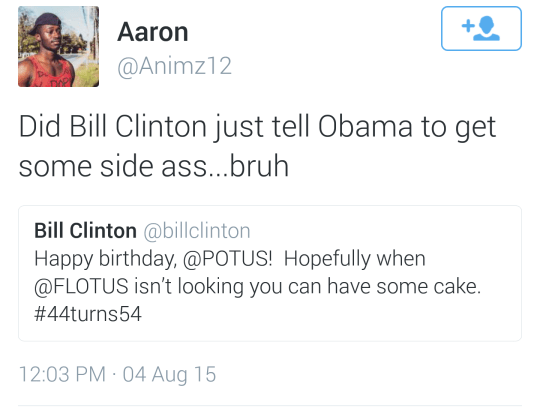 Down That Path Lies Madness And Munchies 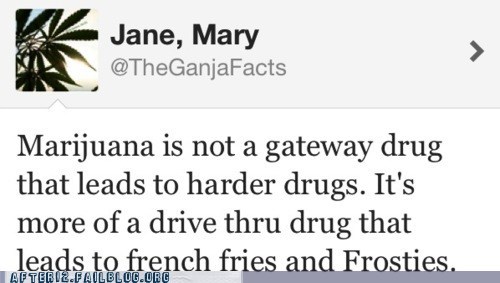 Mistakes On a Plane

There's air sickness, there's drunk sickness, and then there's "on the verge of regurgitating your stomach."

Here's Your Chance to Taste George Washington's Recipe for Beer 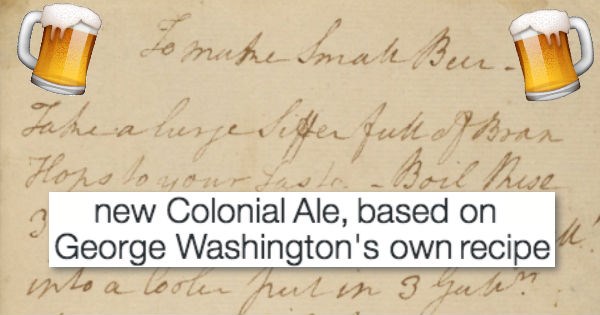