Big Mike is a legend. He lost a bet and proceeds to take on the notorious Carolina Reaper Pepper, without being able to drink anything for three minutes. You can see the unfathomable pain in his eyes as he does everything he can to not fall into the abyss of infinite pain and despair.

We're always looking for ways to burn bridges, but this way seems a bit nuclear. That's a pretty sure-fire way to never have to worry about being invited back. Can we give him a break because he was like seven? Yeah, probably. 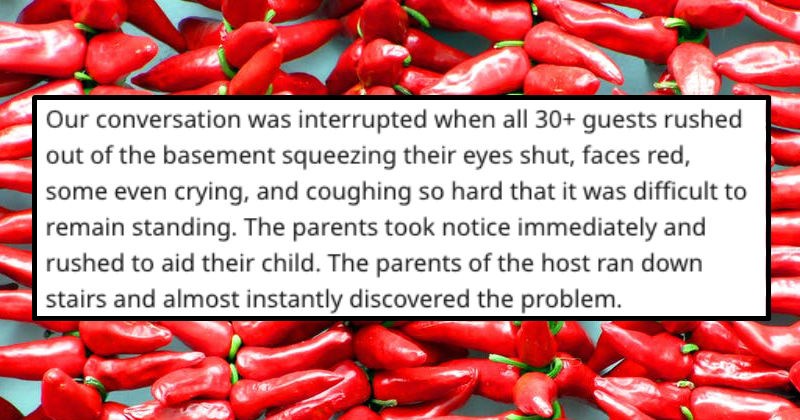 What these parents thought was a "miracle" actually turned out to be a stupid accident. Thankfully, peppers are spicy as a deterrent for mammals, so there's a decent chance the fish wasn't hurt by the potentially catostrophic mistake. For a time when spicy peppers did end up inflicting some burn, here's a time a kid's hot sauce mistake damned an entire party to a choking hell. 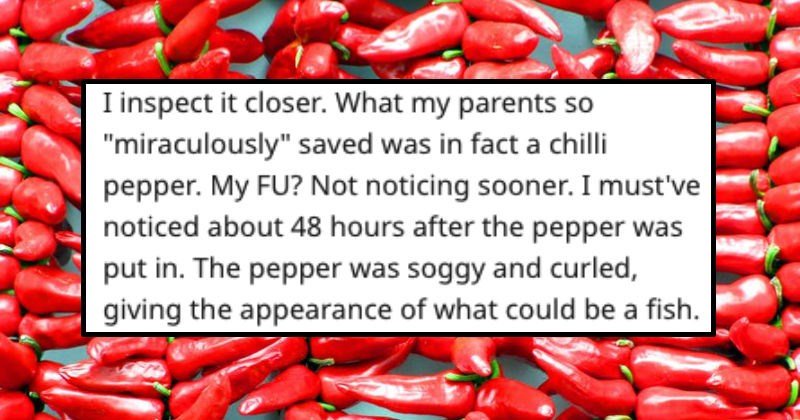 The very definition of having an unbelievably hot ass...

Watch This Complete Lunatic Taste Hell Itself, When He Shatters the Carolina Reaper Pepper Record

A year ago, Danish pepper-eating legend Chili Klaus joined Hot Ones host Sean Evans to take on the Carolina Reaper, the world's spiciest chili pepper.
<br>
Now, the Scovilles-fueled bromance continues on a horse-a day-carriage ride in Central Park, which takes a bizarre and painful turn when the pair decide to crack open a mystery package from their fiendish friend "Smokin' Ed" Currie of PuckerButt Pepper Company in Fort Mill, SC.

Two girls both chow down on the world's hottest pepper and the results are something straight out of a horror movie. One girl needs to be hooked up to oxygen while the other sits emotionless trying to figure out if she's ever made a worse decision in her life.

The hottest pepper in the world ranks in at 2.2 million Scoville units, while Tabasco sauce sits at a measly 5,000. YEAH... Pretty hot!

These Pepper Professionals Get Absolutely Rekt by The World's Hottest Chili

Penis Peppers All The Rage in Barcelona 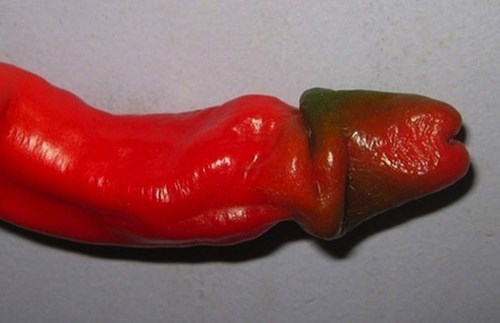 In recent years, the local government in Barcelona put restrictions on merchants' ability to sell tourists trinkets and other mindless goods along the pedestrian mall of La Rambla. (Un)fortunately, what retailers came up with in response redefines the definition of "innovative."

Just because someone calls it a “challenge” doesn’t mean you have to actually do it.

A boy recently demonstrated his manhood, i.e., stupidity, by popping one of the hottest peppers in the world in his mouth and swallowing it whole.

It’s called a ghost pepper (aka Bhut jolokia) and according to the Scoville Scale which compares various peppers and hot sauces, it’s 208.29 times hotter than a jalapeño.

Pepper expert Scott Roberts told the NY Post that it feels “like the end of the world.”

So this boy’s reaction comes as no big surprise..

He starts crying, screaming like his insides are on fire, spitting into the trash and saying that he is going to die.

Let’s all just decide right now not turn this into any more of a “thing” than it already is.

People have been filming themselves eating these for years and it never turns out well for them.

Here are a few, take this as a warning.


Comments
There, I Fixed It
Favorite 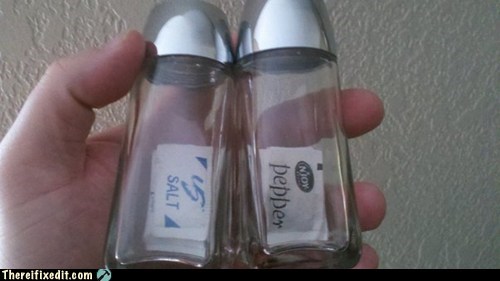 Apparently I've been doing this all wrong...

Some People Have a Very Different Idea of a Proper Funeral 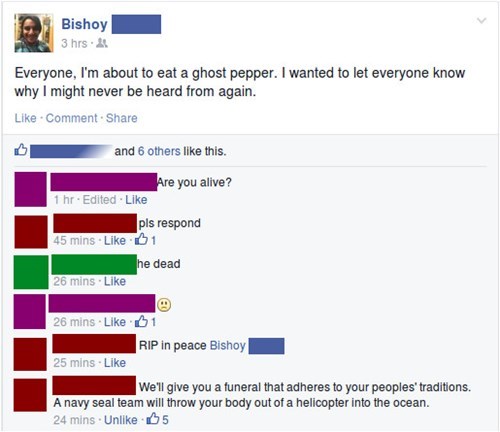 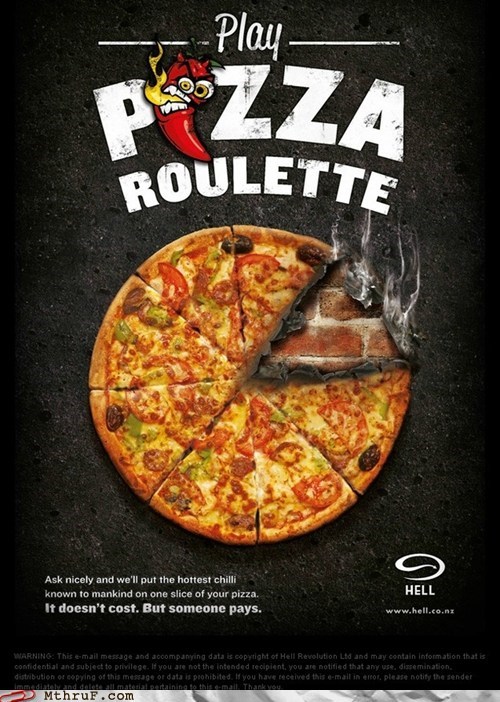 For added fun, have them place one in every slice and tell your co-workers you aren't hungry.