Sometimes dates end up being completely disastrous. We're talking situations that feel like literal waking nightmares. The kinds of gnarly life moments that you'd just as much forget ever happened. These particular dates absolutely fit the bill for that. 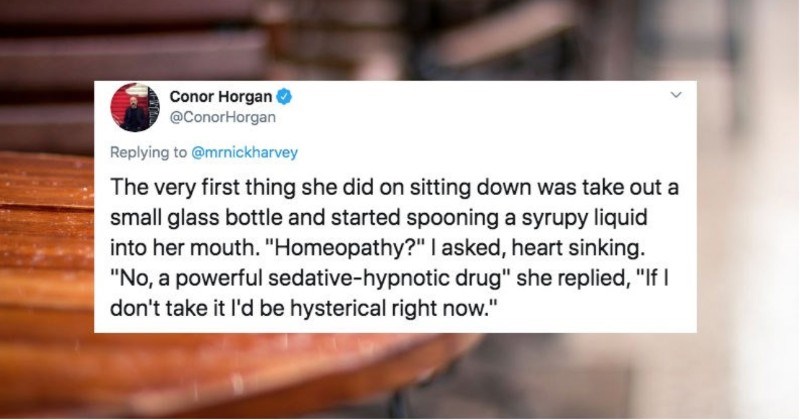 Man Tells Sister She Should Lower Her Dating Standards

Man oh man, nothing can bring the blood to a boil like having to deal with family members dishing out their toxic opinions on matters they were never asked to get involved with in the first place. This particular scenario involves a brother asking the morality defenders of Reddit's AITA community whether or not he was in the wrong for telling his sister to lower her dating standards based off the fact that she's a single mother. 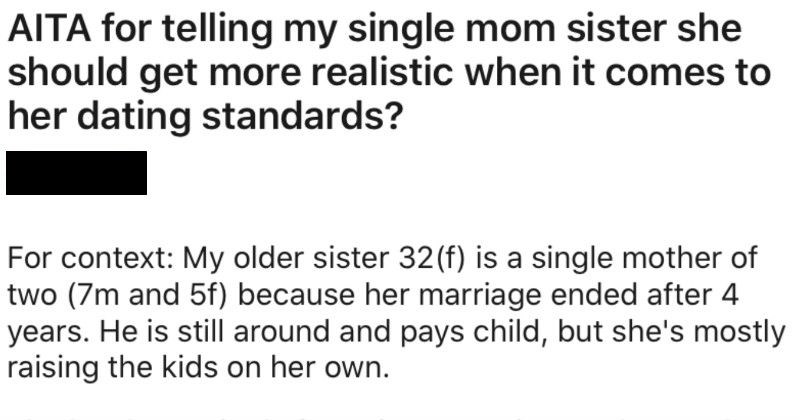 Talk about some wild and outlandish dating etiquette. Real or not, it's unfortunate to consider the realistic possibility that many human beings have encountered a scenario like this while out navigating the dating world. Some people are in fact out there just looking to get a free meal. 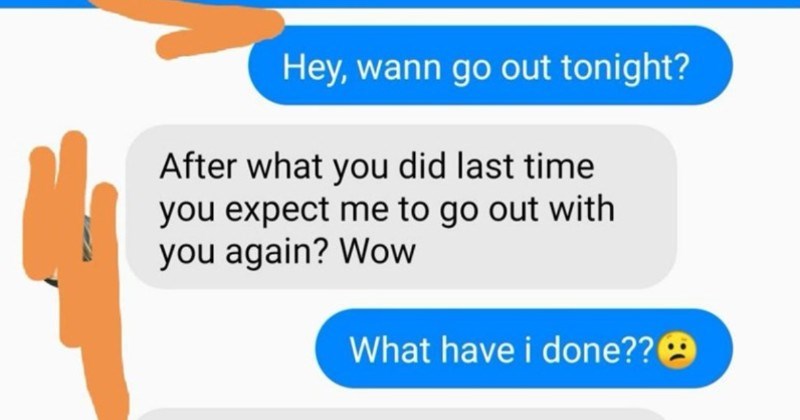 13 Fire-Pants'd Liars Who Were Extinguished by the Truth

Lying online is one of the emerging problems of our time. Thankfully, when people see something fishy, they usually investigate. Here are some liars who got caught in the act. 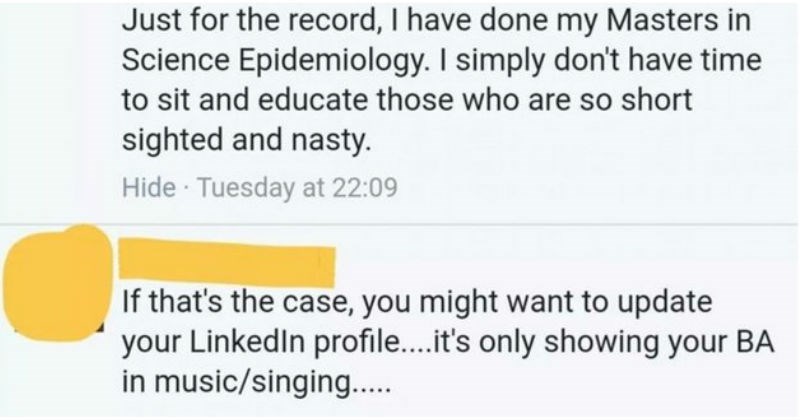 10 Times Tinder Was A Loveless Wasteland Of Cringe

Sometimes Tinder seems hellbent on delivering the world endless amounts of cringeworthy immaturity. Unless you're the recipient and you weren't seriously looking for someone to Netflix and chill with, it's hilarious to witness. Well, it can make your blood boil too, but that's another story. Here are some nice cringeworthy Tinder moments. Get cringe ready. 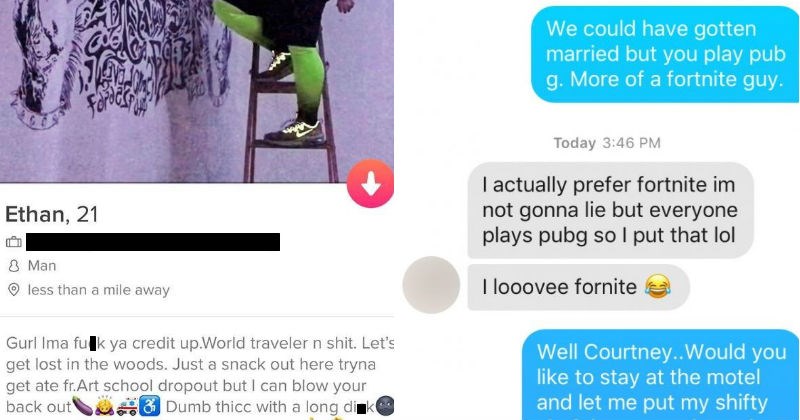 15 Tweets That Reveal The Painfully Real Struggles Of Online Dating

Its as if the numerous dating apps are working against people out there or something.... 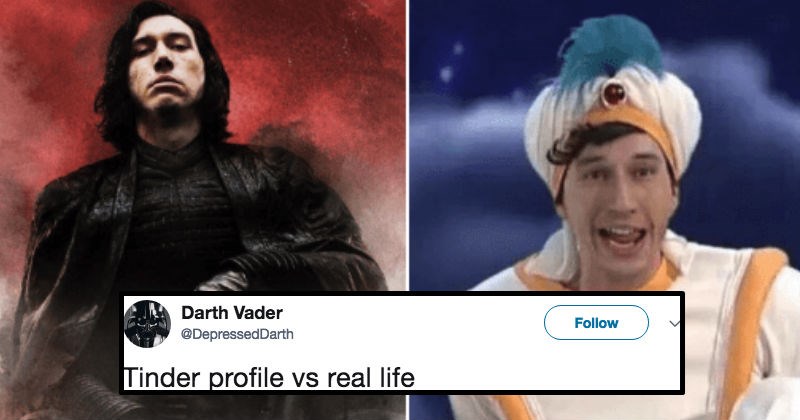 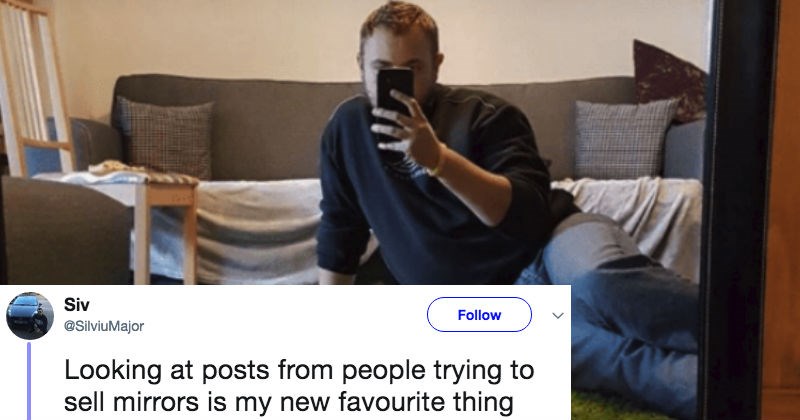 35 Hilarious Tinder Conversations That Will Get Your Blood Boiling

Funny and attractive? That's a winning combo for today's fast-dating landscape. It seems that dating today relies on the ability to think of (or look up) witty puns quickly, so if you don't have your A game with words, forget about it. Here are some conversations from Tinder peeps who know how to sling a word or two, and some of these are actually really impressive. I wonder if they got a reward from the person they were chatting up...

And here are some more funny Tinder screenshots since you are probably all into that kind of stuff. 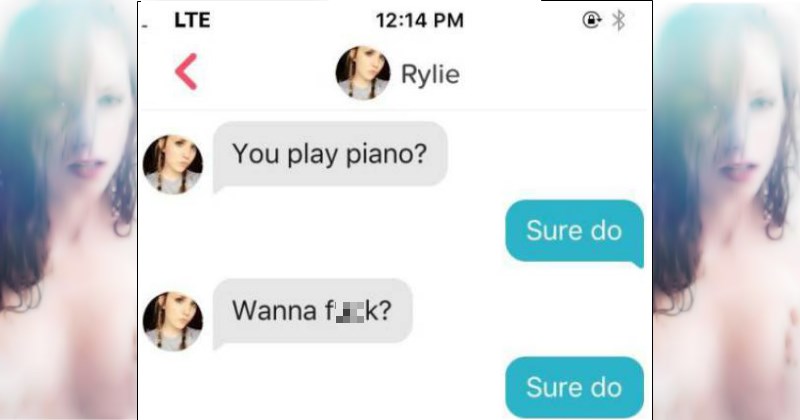 Tinder is the black hole of unadulterated, shamelessly thirsty modern day 'romance', and these moments capture the inevitable cringe that almost inevitably pops up every time you swipe right in sync with someone else on Tinder. If you ever find yourself stuck in a solidly shitty Tinder conversation headed fast for nowhere, break out this particularly stellar pick-up line: "C'mon, yolo and stuff". Riiight? 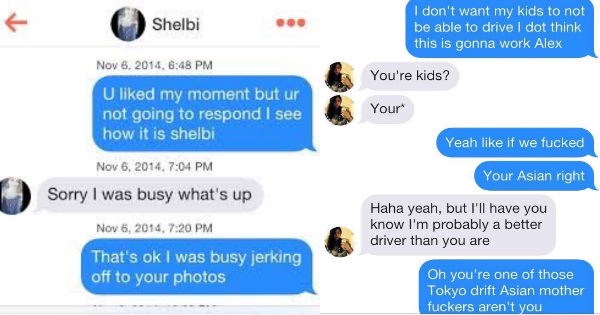 This Guy is a True Charmer 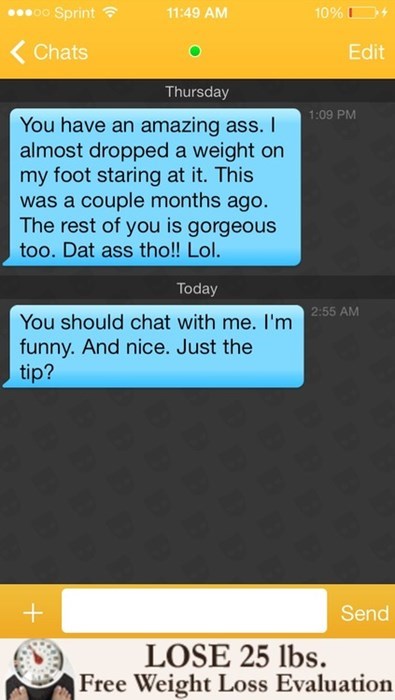 The Lies We Tell on Dating Sites

Reginald Is a Keeper 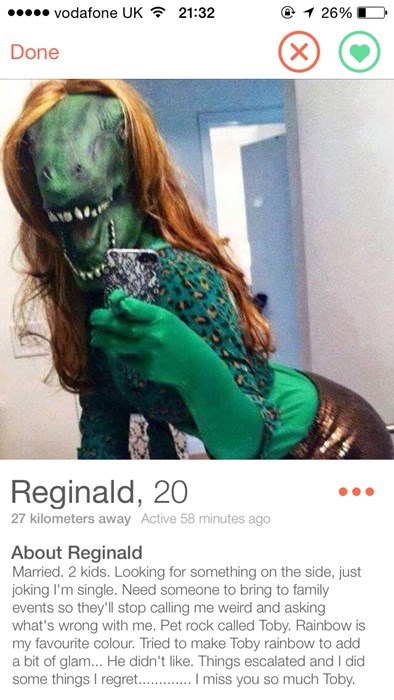 The Internet Does Some Dating

That Took a Weird Turn 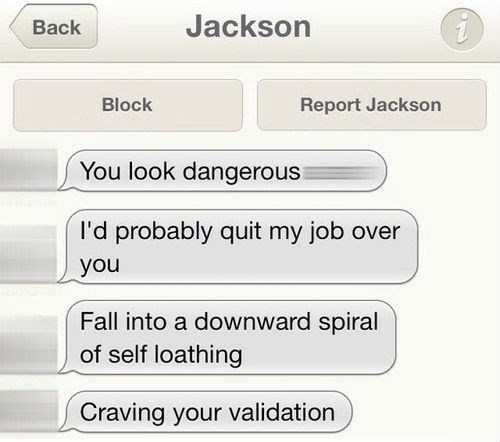 Even though Cirk has sent pictures of his tickets, Zhang says she "thought it was a joke." 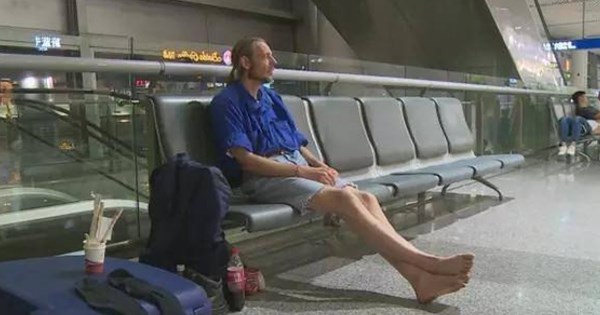 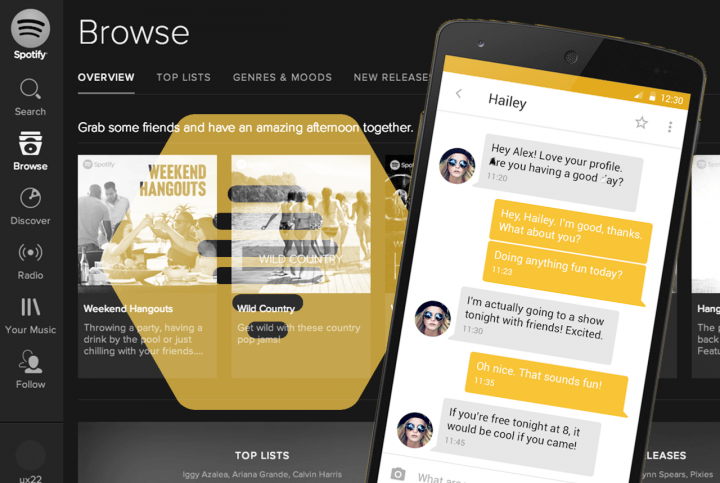 As of now, only a person's top artists from their Spotify profile will show up on his/her Bumble profiles. In the future, Bumble is planning on enabling its users to select the artists they'd like to display on their profile.

“Music says a lot about who we are as people and connecting culturally can serve a foundation for creating meaningful relationships." - Whitney Wolfe, CEO and founder of Bumble