Is that Thor's hammer or are you just ecstatic to see Marvel memes again? Whatever the case, you'll get your fair share of Marvel puns jokes and remixes that will have you chuckling the day away. So grab your Vibranium shield and your Iron Man suit and get ready to dive in.

We're much more accustomed to seeing the wonderful and wandering minds of the Tumblr world go off on inspired tangents about how exceptionally heroic the Avengers are. This is certainly a new stance. Naturally, if any movie possesses even the small of plot holes, you can count on someone from Tumblr hyper-analyzing that lack of logic to complete oblivion. For some more Marvel-themed content from the world of Tumblr check out this Tumblr thread about how Tony Stark is actually the most intimidating avenger. 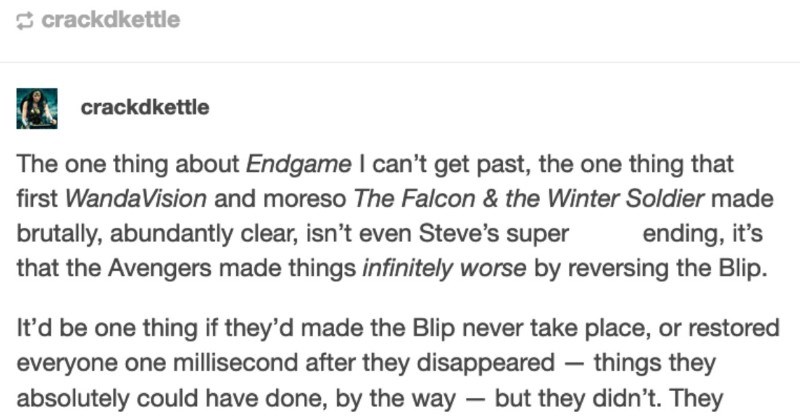 If you asked us whether we expected someone to go ahead and rank the Marvel movies by if there are any trains in them, we'd have said, no way. But here we are. Good old Tumblr never lets us down when it comes to surprising us with hyper-focused posts on various subject matters. We'll never look at Marvel movies the same. 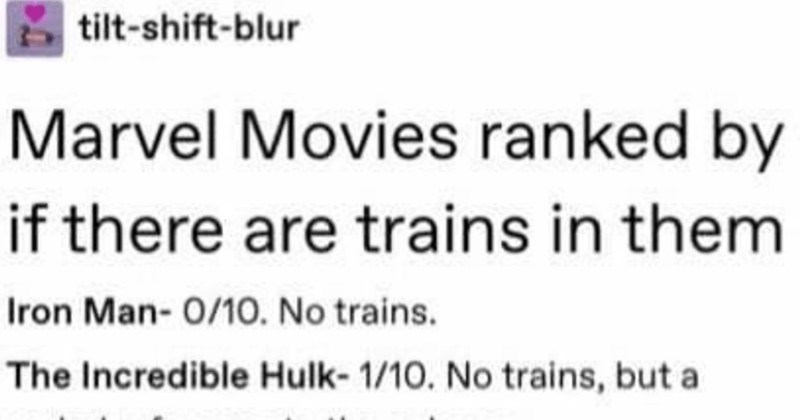 Tumblr delivers yet again. This time we've got the wonderful minds of Tumblr going off on a welcomed rant about what makes Tony Stark the most formidable of the Avengers crew. In all fairness, the dude did have a hole put in his chest, and handled that whole Infinity gauntlet madness like a true champion. Like, he gave off every appearance that he wasn't even phased. Pretty inspiring stuff. Check out some more gold from Tumblr with this post where Tumblr has a lawyer style debate over a meme. 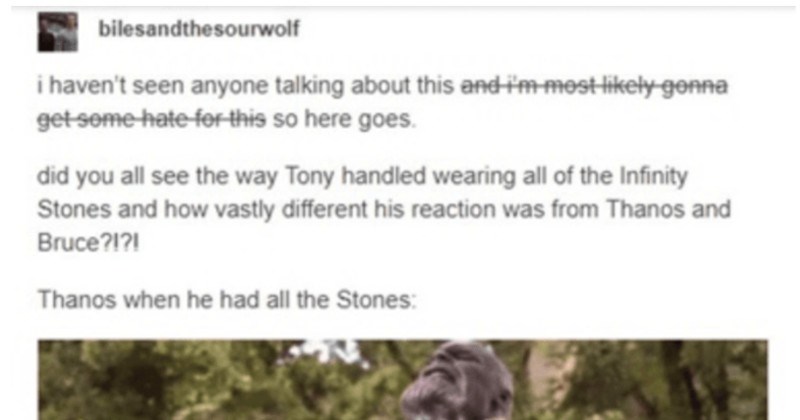 WandaVision is easily the most popular show streaming right now about a scarlet witch of vaguely defined powers living inside a vintage sitcom with her dead husband, an android named Vision who used to be Robert Downey Jr.'s robo-butler named JARVIS. Second on to The Crown, probably. We don't know, we haven't seen it. But the weird thing is, everything we just described is actually an extremely simplified version of Scarlet Witch's comic book adventures. If you think the show is perplexing, your head might explode upon learning that if you dig deep into the comics' canon… it's pretty messed up. So let's go ahead and do that. This is CanonBall.

Lowballer Says They Don't Know Who Stan Lee Is

Even if this is all a ruse to try to get a comic for 35 cents, this guy's efforts are laughable. Nice try, you stupid idiot. This isn't the worst outcome, sometimes lowballers get sent on a wild goose chase. The world has its fair share of entitled folks who need to leave and take their attitudes with them. 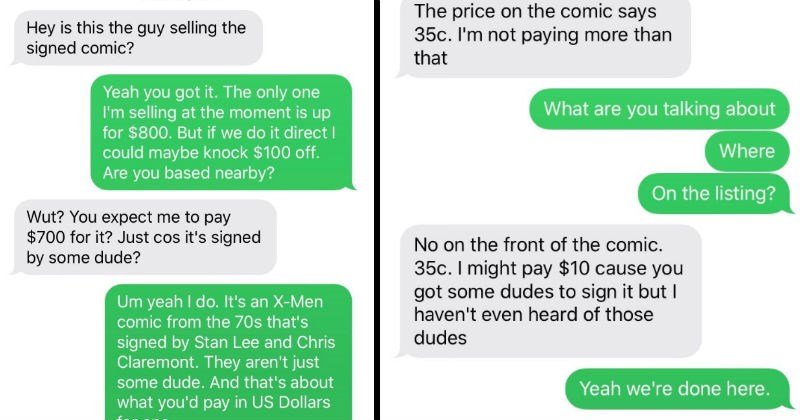 Now that's a fun way to put Ant-Man's iconic toys to good use. We can always count on Tumblr to deliver on the universe crossovers. It would be awesome to watch various Avengers react to a sighting of the Death Star. Thanos would've probably been stoked. 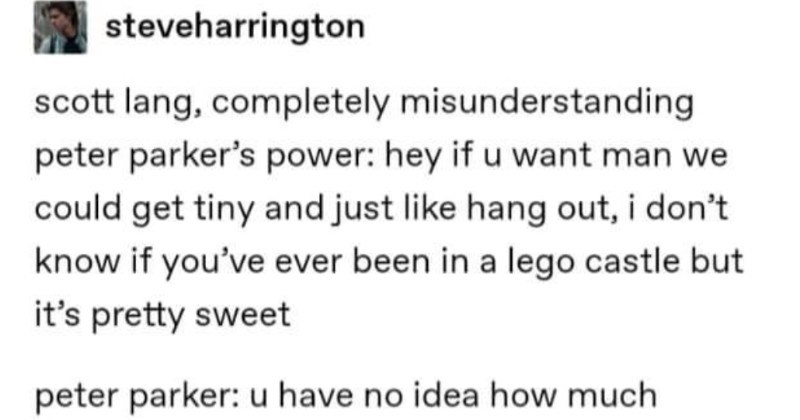 Our friends at Cracked are back at it again with a fresh installment in their weekly video series, "Your Brain on Cracked." This time we take a look at some famous movies that were devoid of sense. Some movies are just too bizarre and lacking in the logic category to look past.

For anyone who had a burning desire to watch every recent Marvel movie in complete chronological order, you now have that liberty. One wonders what amazing things could be done with this kind of patience and dedication, but apparently that's too much to ask for. We have this now. People have a lot of time, patience and energy for the MCU, like this tumblr thread about Captain America seeing through Nick Fury's genius, this thread that welcomes the Death Star or this list of Marvel movies ranked by if there are trains in them. 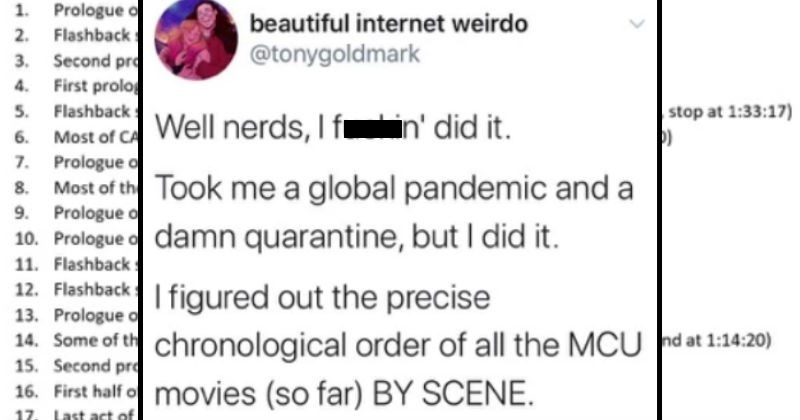 You can really get a sense for the vast amount of effort that went into creating this. Cool stuff, and shouldn't take up too much of your time. Two minutes. Wow.

Wow, this is one of the best parts about the world of Tumblr. The dedication from fans to analyze the tiniest of details in various films. In this case, we're dealing with Captain America: The First Avenger. The thread looks at why Steve was staring so intently at the "nurse" who came in to check on him. The jokes suggest he was checking her out after taking a long snooze. While this thread says that Steve was observing the mistakes present in the nurse's getup. From there, it's suggested that Nick Fury did it intentionally. That sly genius, indeed. 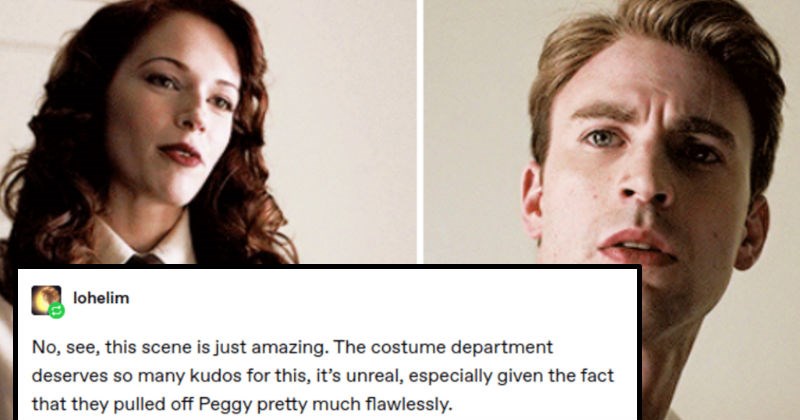 Marvel's certainly seen stranger things evolve in its vast universe than some sort of unexpected "Red Guardian" origin story. Anyone who's enjoyed "Stranger Things" and is familiar with/enjoys Marvel will appreciate this crossover conspiracy theory from fans. Just imagine if Hopper was the Red Guardian. That'd be kind of dope. 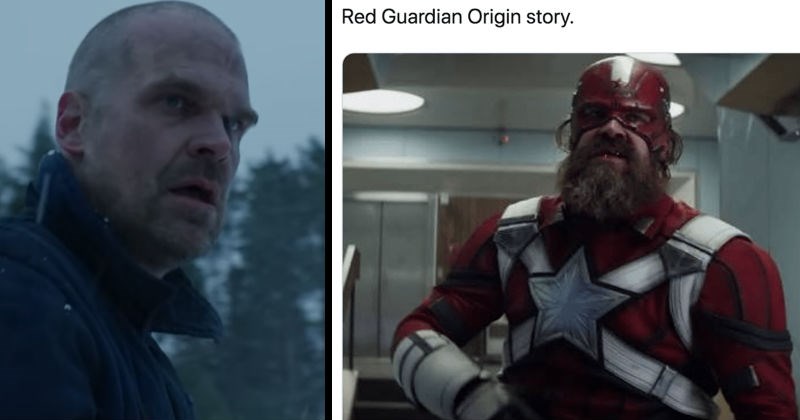 Tom Hiddleston Reacts To Unreleased Footage Of His Thor Audition

Can you imagine if they'd chosen Tom Hiddleston to play Thor. The Marvel universe would've been a whole different ballgame.

This guy learned that it probably isn't best to break out a quote from Marvel's iconic Mad Titan villain, Thanos. Well, at least when you're in the middle of a heated argument with your girlfriend about her moving away. Questionable move there, bud. 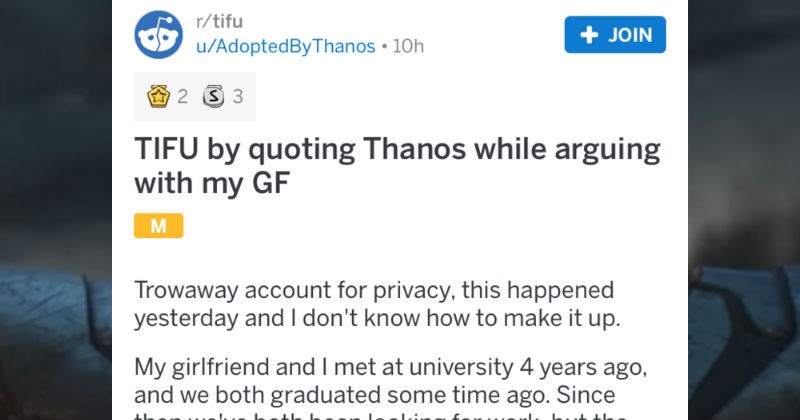 Robert Downey Jr. was next level in this audition. He was simply born to be Iron Man.

This is brutally amazing. The sociopathic tendencies are STRONG with this revenge. Consider yourself duly warned of Avengers:Endgame spoilers before you dive into this epic revenge tale! 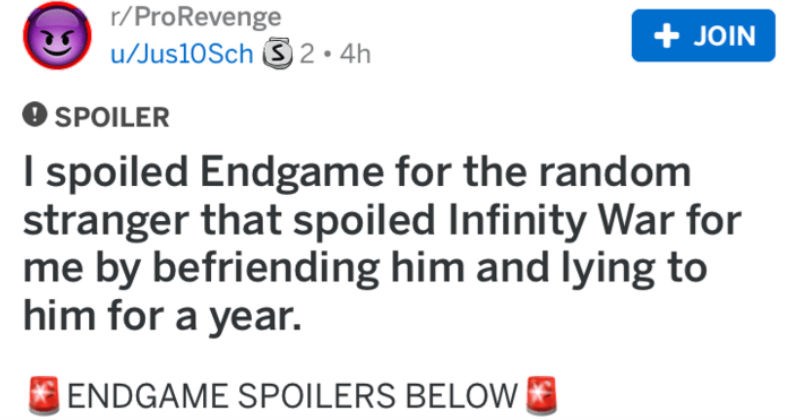 This Twitter user has a thought about what happens to actors when they get the big call from Marvel. Something about being cast as a superhero lines up with getting jacked AF. Who'd have thunk it. 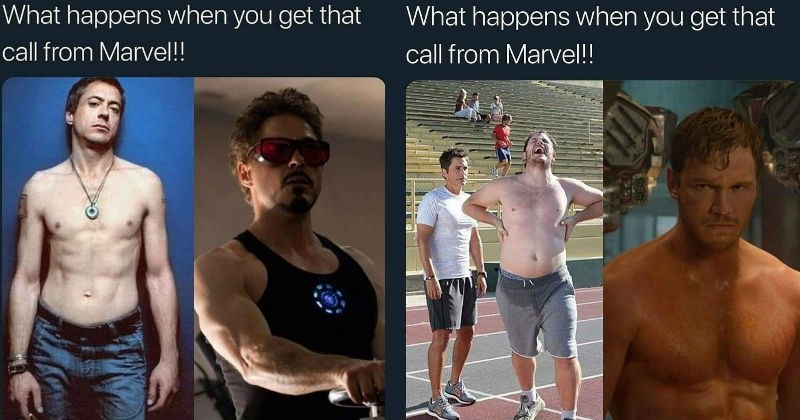