Grievances in the literary world are no joke. This quick and funny Tumblr thread takes a look at how some of their hypothetical differences could've gone. Just don't get Tolkien started on the plural of dwarf. 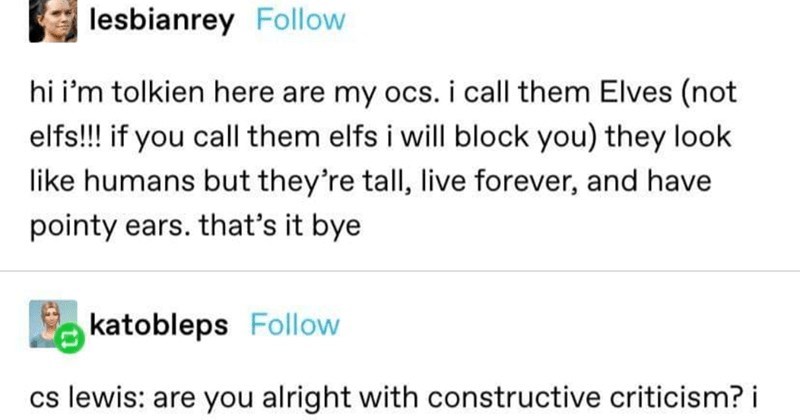 This quick and entertaining Tumblr post highlights some golden nuggets of wisdom from a Cowboy Tips passage, of all things. Maybe all that any of us need to make it in this crazy game of life, is to just remember some solid cowboy tips. That could be it. Check out some more gold from Tumblr with this thread about the still-on submarines. 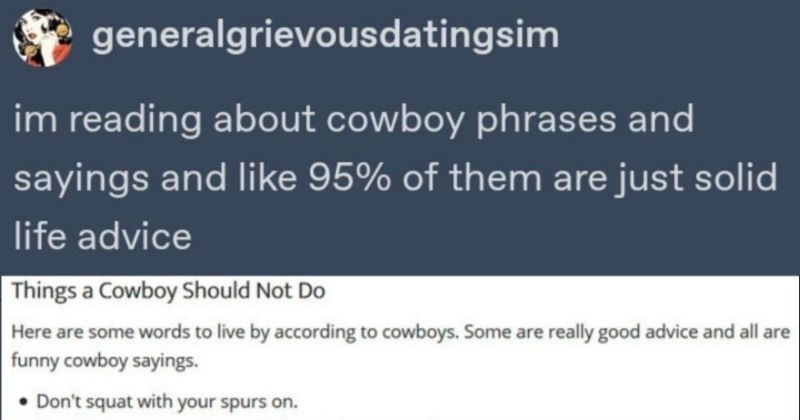 At their best, radically random Tumblr gems are like a big crazy thought salad, with specific historical facts and pop culture references mingling with weird photos of animals in strange situations, as well as some surprisingly dark musings on bones for good measure. These totally bizarre and random Tumblr nuggets have no direction and they should be no other way. 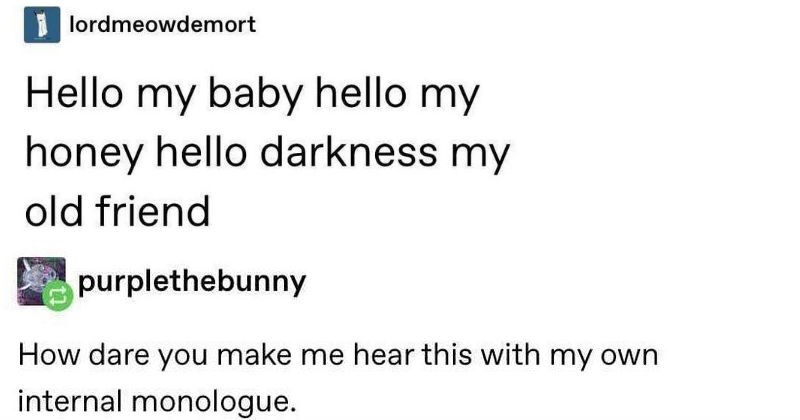 This quick and funny Tumblr thread addresses the absurd and unnecessary nature of intellectual elitism. Just cause some writing isn't the most popular thing in school (or anywhere else) doesn't mean that it doesn't possess value. Some folks accept that, some folks don't. If you're looking for another Tumblr rabbit hole to fall down, check out the recent thread that looks at the discreet genius behind Nick Fury, in a famous scene from Captain America: The First Avenger.

If that didn't fill your cup, then check out these Tumblr gems of historical persuasion. 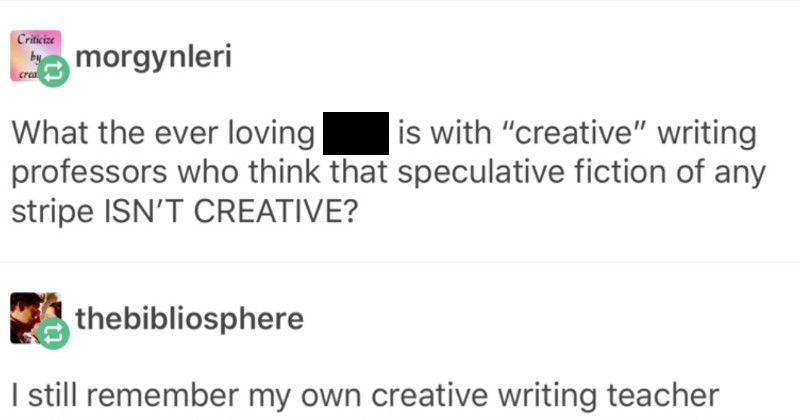 One does not simply bring up the Orangutan at an Edgar Allen Poe conference, unless they are ready to brandish their sharpest mental swords, and to debate, breathlessly, until there is steam coming out of their ears, and fire in the pit of their hearts. Yes, the Orangutan has a bit of a reputation in the community of Edgar Allen Poe academics. Saying "Orangutan" at a Poe conference is basically equivalent to muttering "Voldemort" at Hogwarts. Tis a big no-no. If you're looking for more wild Tumblr threads, check out the recent thread where Tumblr went full mythological scientist on dragon evolutions. Fun stuff. 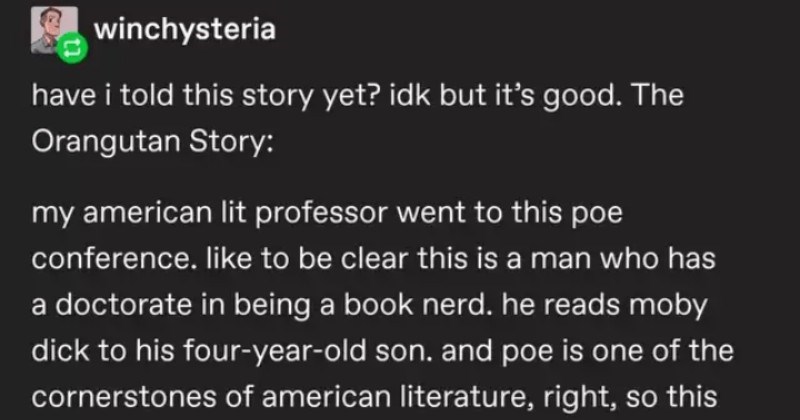 Aussies are connecting deeply with this very culturally accurate, Australian Gothic Tumblr thread. Apparently it's just about the Aussiest thing ever. 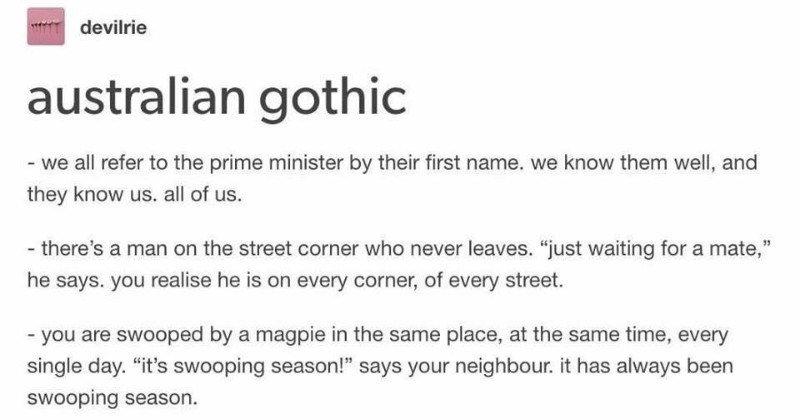 Writers across Twitter are bonding with one another over the phrases that seem to be terribly overused throughout literature. 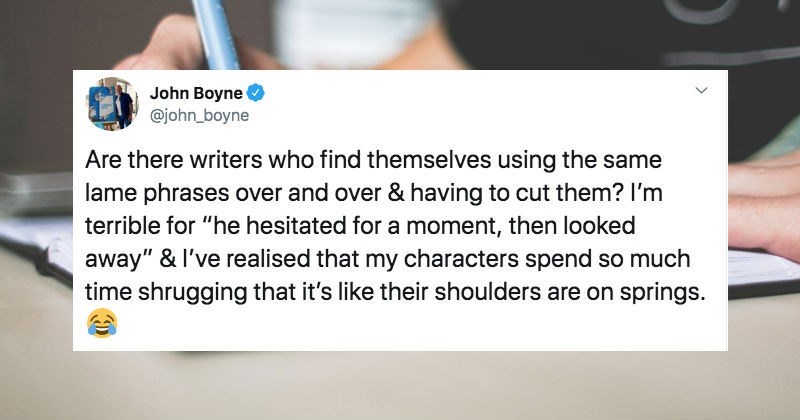 Rest in peace Terry Pratchett. You and your infinite wisdom and razor sharp wit will be sorely missed. At least we can honor some of your legacy with these 20 thought-stirring quotes. 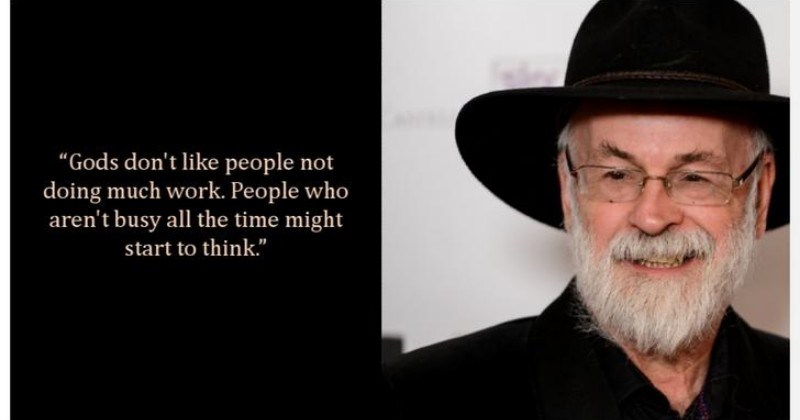 They advertised for perverts and ended up with a masterful poet.

Seriously though, how do you write so fast Stephen King? Go to 50:08 for the moment!

Everyone Is a Critic 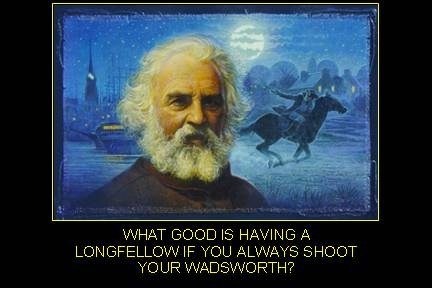 Light Beach Reading, for Sure 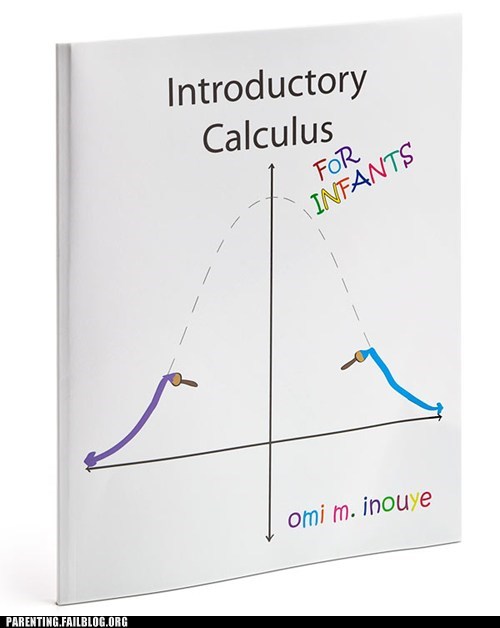 And So I Puked 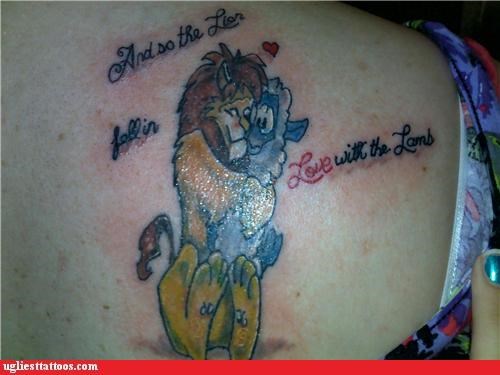 Now Who You Calling a Phony? 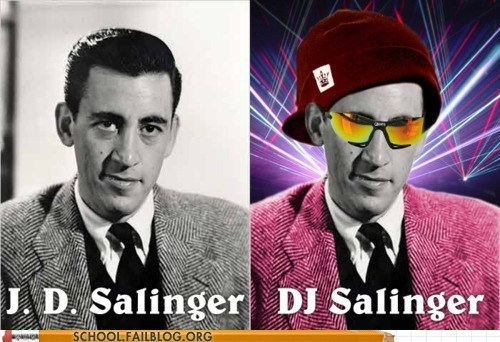 Nobody Understands "Catcher in the Rye" Like Waka Flocka Flame 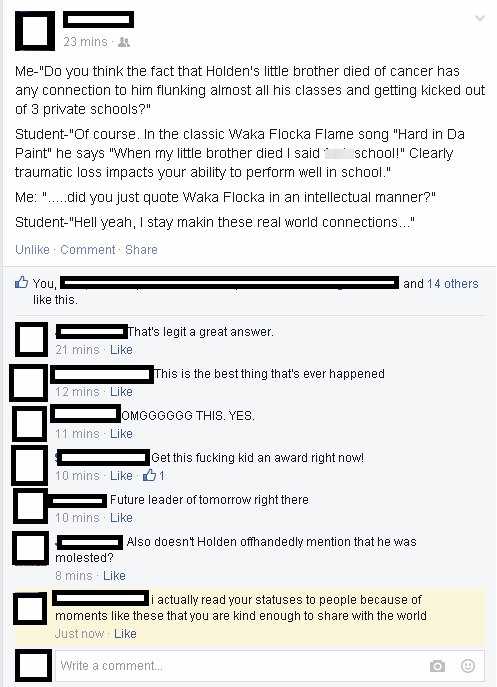