Start strumming that guitar and they will come running. The guitar is one of those instruments that will just never be out of style, and will always be there to impress your less musically-gifted compatriots. So let's see that Paco de Lucía impression and laugh a bit, can't hurt...much.

Anyone out there who can't find a bassist but also has a few extra hands could definitely benefit from this glorious musical monstrosity. And what an uncomfortably wide fretboard. Word has it that to find a fret board for a musical instrument like this they had to repurpose yo momma's surfboard.

It goes without saying that Eddie Van Halen was among the most talented and iconic guitarists in history, and the world is less rich without him. In addition to composing amazing music and some of the greatest sounds to ever squeal out of a guitar, he could also do animal impressions. Legendary.

The guitar was a pure extension of Stevie Ray Vaughn's true self.

Montana Dude Rips Rage Against The Machine On Slide Guitar

When you first hear it, it's almost like your ears can kind of trip up, cause his performance is too awesome to be a thing. This guy absolutely crushed it.

An Old Man Shredding on Guitar

He looks like he just got off work from teaching 8th grade chemistry. This is Kenneth Petrie of the band Mr Spanky and the HipThrusters delivering a particularly awesome solo. The look doesn't exactly match the sound.

Via Do Ra
Repost
Recaption

Where would the internet be without dudes writing songs just to accompany the little jingle their dryer makes when it's finished with a load? We don't wanna know. This is small, dumb, fun and actually sounds quite pleasant.

Guy Alphabetically Tunes His Guitar, Still Riffs Like A Boss

It's a true mystery that he made this one work and intentionally tuning his guitar the wrong way.

In case you needed a reminder on how much of a legend, Shigeru Miyamoto is, here you go. The creator of Super Mario Bros playing the theme on a guitar is some kind of amazing. The dude just seems like the happiest man in the world. Good for you, Mr. Shigeru Miyamoto. 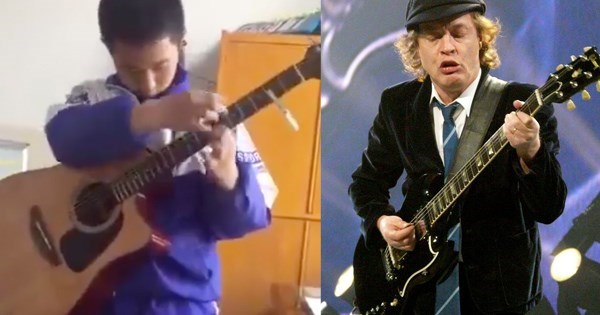 There is nothing in the world cooler than electric guitars. Maybe french fries, but that's a huge maybe.

via The Rail Rat

But how are we supposed to deal when a 13-year-old plays one of the most iconic electric guitar solos on an acoustic guitars and makes it even better. Like look at this kid:

Liu Jazhuo, a 13-year-old boy from the Gansu province in China, has been playing guitar since he was seven and is currently demolishing Angus Young's signature solo on Twitter. It's enough to make me look at my Univox Hi-Flyer, shrug, and say, "What's the point?"

Pretty sure those aren't the lyrics to "Just the Way You Are" by Bruno Mars but what do I know.

Give It Up, Dad 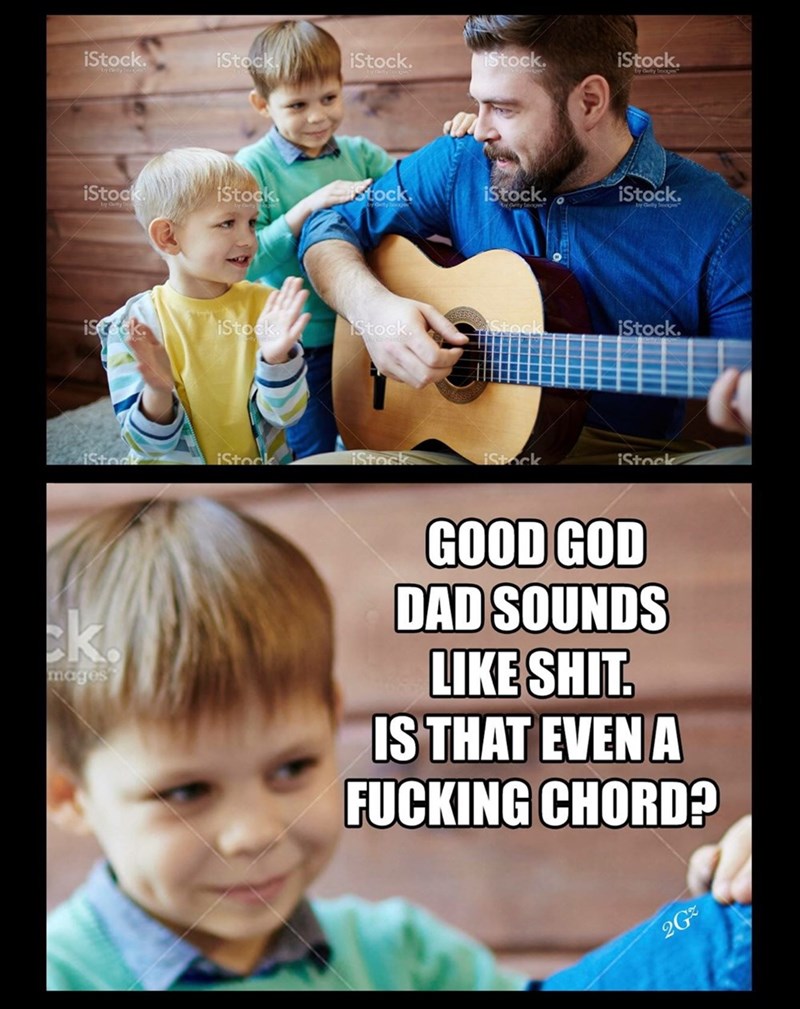 Every Band Needs a Flamethrower Guitar and a Smoking Bass

Helpful Life Pro Tips That Could Come In Handy