Who cut the cheese? Seriously that reeks. Better air it out, or maybe grab a milder wheel to balance it out. These cheesy puns will have you groaning in no time, so don't go anywhere, and don't cut any more cheese.

This deeply dissatisfied customer sounds like they've hit their breaking point when it comes to exercising patience over an employee's painfully slow cheese cutting abilities. At the end of the day, the job might just not be a good fit for the employee. Cutting cheese isn't for everyone. 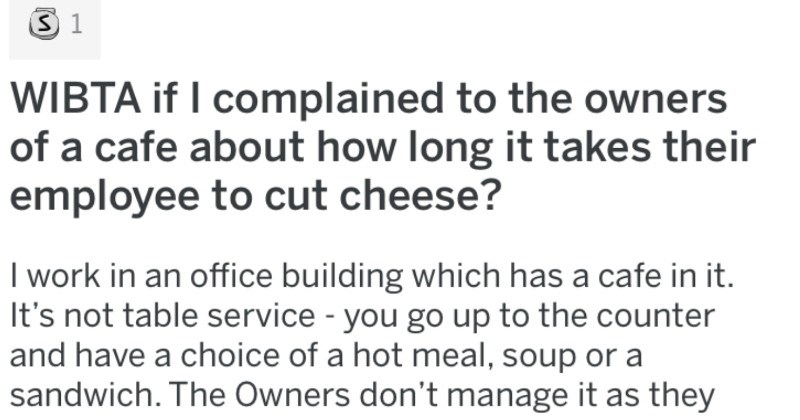 In this world of strict corporate policy, we sometimes find ourselves in absurd situations asking "the pickles are right there, the onions are right there, why can't I have one with pickles and onions" only to be met with a stone-faced representative saying "I'm sorry but that's impossible and I will be fired If I do that." Of course no one wants to be a Karen customer,  so we are left to use our brains to develop really stupid loopholes. 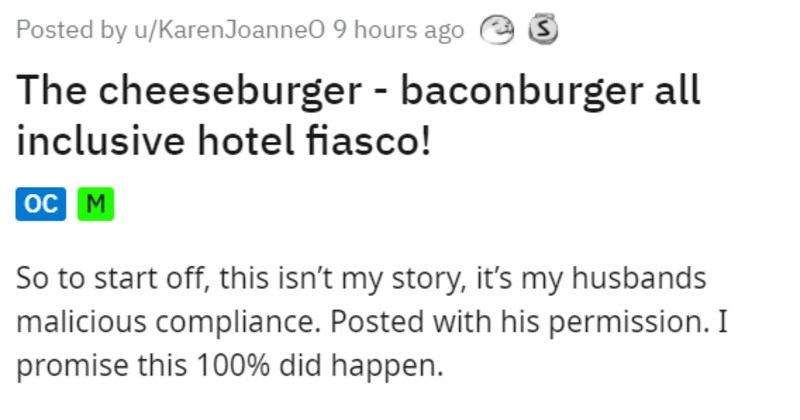 17 People Share What Made Them Realize They Grew Up Poor

When you're just a kid, you just kind of assume everyone lives the same way as you, so you don't think too much of it. Then maybe you go to a friends house and realize that it's just a little bigger, or cleaner, or they seem to have a lot more food. Then it hits you. "Oh, man, what is it my mom does for a living?" For some other interesting and somewhat frustrating stories of relative wealth, here are people's craziest encounters with rich kid syndrome. 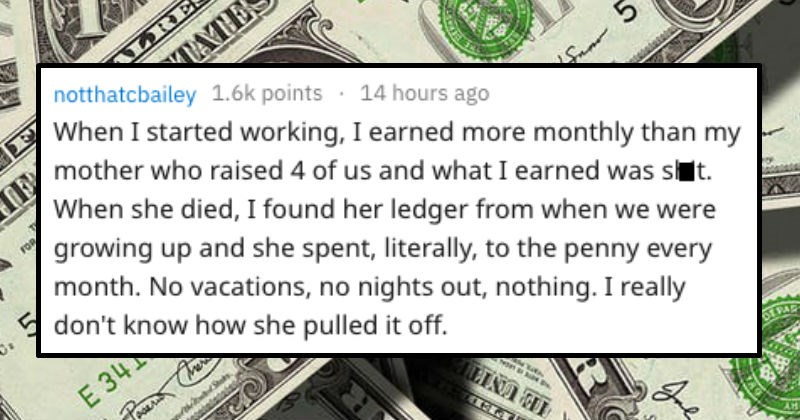 Experience the unexpected awesome in this video, of a man, cutting cheese, while "making chainsaw noises. The results are surprising, and totally awesome. At the very least, you can even enjoy a bit of cheese yourself, with the roar of a chainsaw, on the side.

27 Delectable Looking Objects That Are Definitely Not Food

Most things you see throughout the day are inedible, whether you like it or not. In spite of this, there are still tons of things out there that look good to eat. All you can do is wish and look at photos like these. For more, check out r/forbiddensnacks. 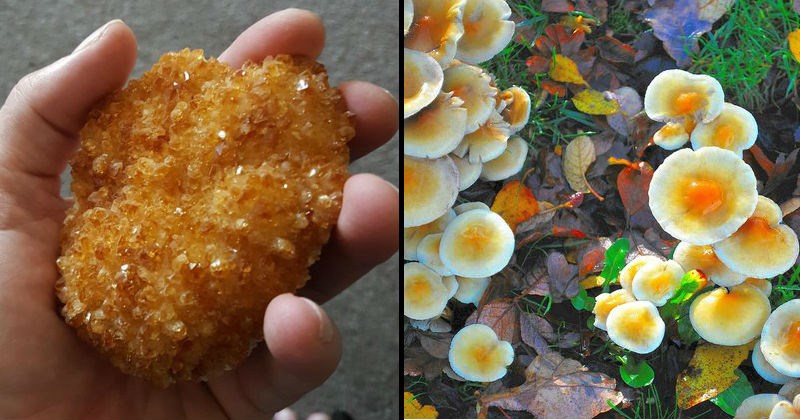 25+ Delicious Looking Things That Are Not for Eating

These pics of random stuff looks so much like food, but they are absolutely forbidden. For more, check out r/forbiddensnacks. 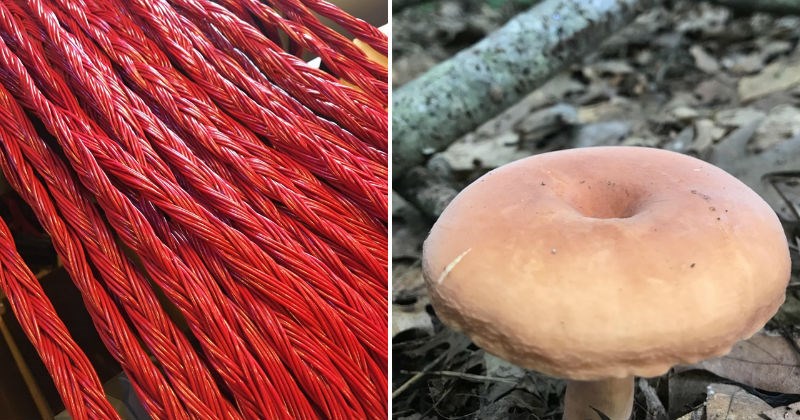 25+ Items That Look like Delectable Food but Totally Aren't

"Is that a delicious pile of grapes? Or is it a clutch of terrifying spider eggs?" It's the spider eggs. For more, check out r/ForbiddenSnacks. 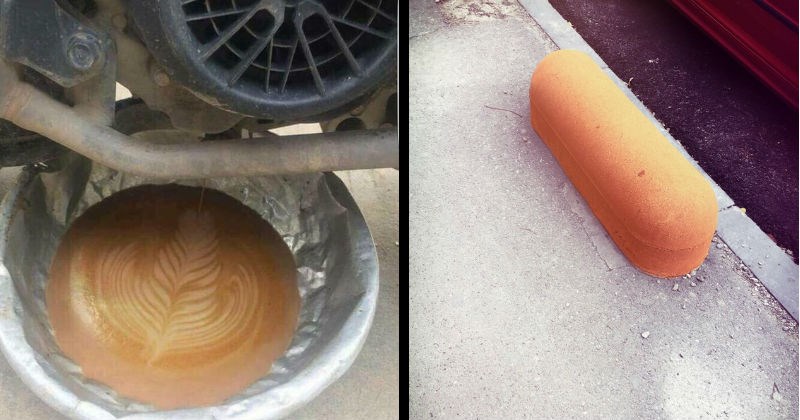 The seemingly endless pursuit of studying the natural world in hopes of understanding the world in a more meaningful way has come to an end. Irish researches have poured cheese into a 3D printer to make cool shapes, and, well, what's really the point anymore.

At the University College, Cork in Ireland, scientists have poured processed cheese into a 3D printer, so they could make cool designs with it or something. Honestly, I have no idea what the purpose of this experiment was or whether it was successful, but there are now gifs like this:

The first 3D printed cheese was as bizarre as you'd expect. https://t.co/CGZ34uaOzv pic.twitter.com/wrDDqVSMm7

Why does this exist? I'm not sure, and people on Twitter don't really get it either. 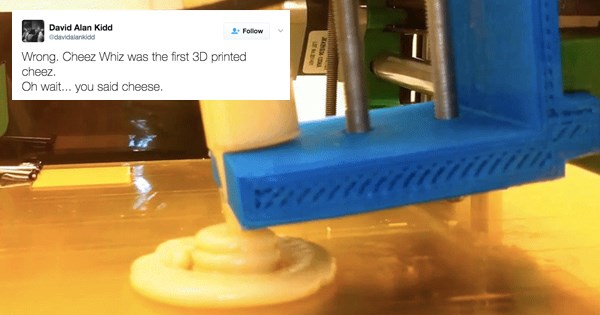 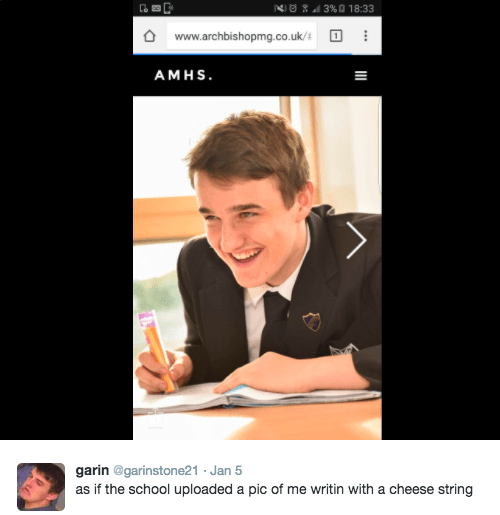 Garin is, by all accounts, a good student at Archbishop Mcgrath Catholic School in Bracla, South Whales, UK. But sitting just below the surface is a layer of mozerella cheese.

According to Garin, AMCS uploaded a picture of him writing with a piece of cheese:

as if the school uploaded a pic of me writin with a cheese string pic.twitter.com/t8KPc73pDj

What is happening at this school that they are replacing school supplies with snack foods? Are they painting in art class with pudding cups? Counting Totino's Pizza Rolls instead of using a calculator? Playing Bugles instead of a bugel?

The school, who seems to have removed the picture, has commented on what they're calling "#Cheesegate": 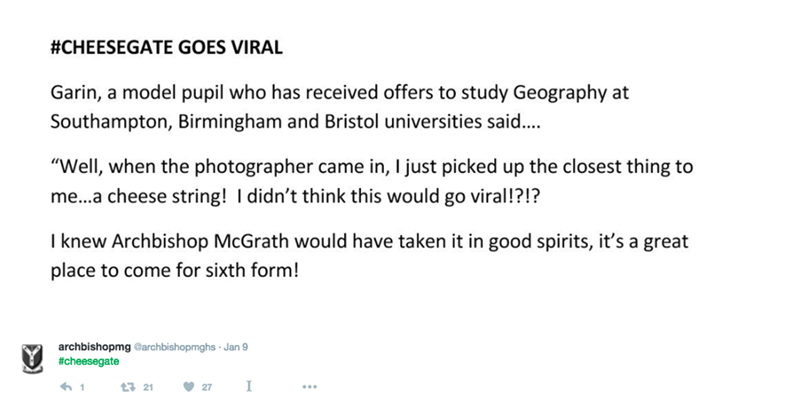 But as Garin says:

bruh u killed the joke @archbishopmghs

nah not quite son pic.twitter.com/u6dPYQOl5q

Some Sick Devil out There Is Producing Cheese Shot Glasses for the Next Wine Party, and I Don't Know What to Feel Right Now

Ted Cruz Has Ruined Queso for a Lot of People, but He Makes Some Good Points 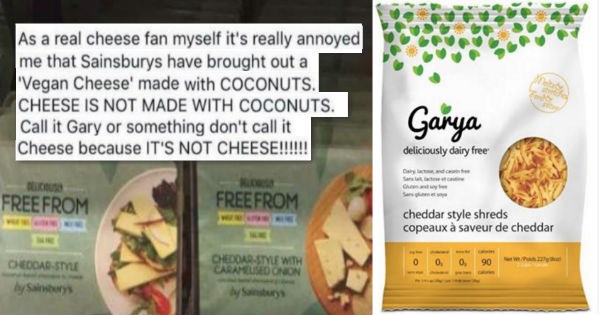 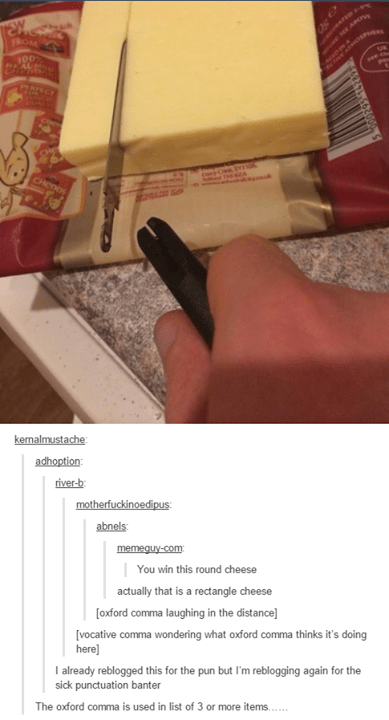 Would This Make a Grate Campaign Slogan, or is it Too Cheesy? 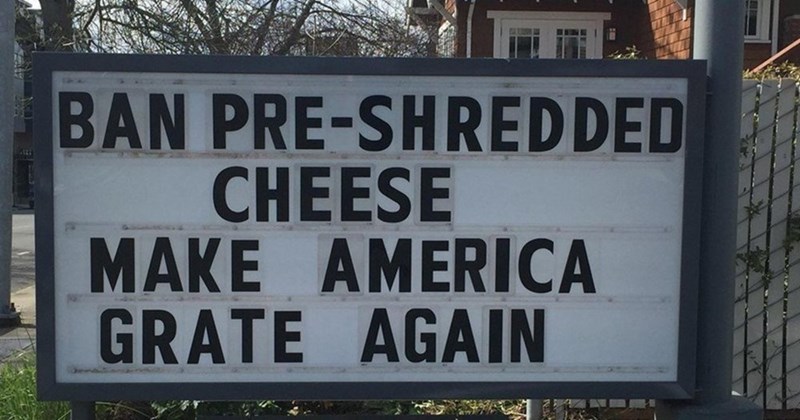 If Any Truck Was Ever Asking For An Accident... 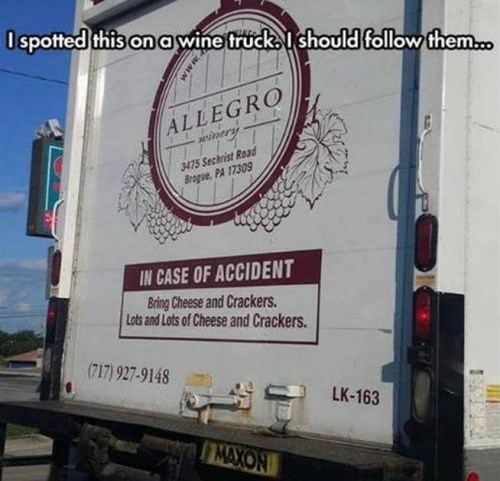