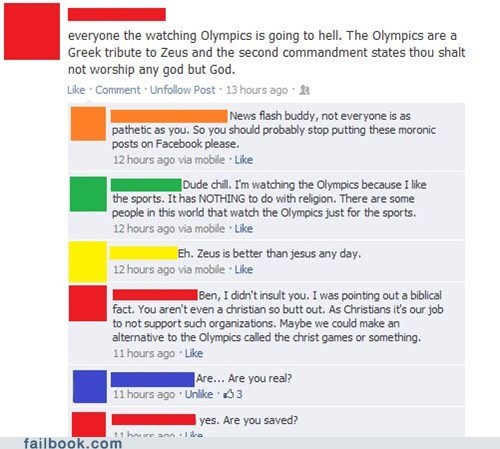 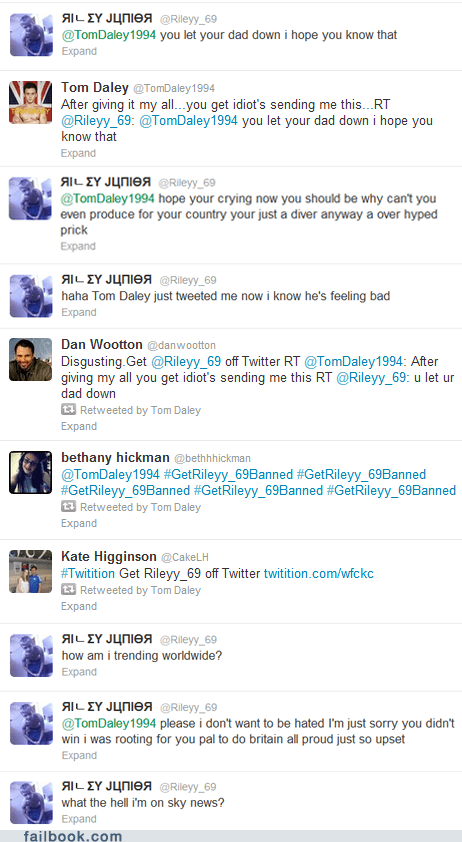 Well this is just disgusting.

Tom Daly (of Team GB Diving) lost his father earlier this year. After a less-than-stellar performance diving earlier today, some d-bag tried to bring him down about it. Now the d-bag in question is dealing with more exposure than he can handle.

We have more continuing Olympic coverage at Roflympics.

American Bobsledder Johnny Quinn Gets Trapped in an Olympic Village Bathroom, Busts His Way Out

Russia's unpreparedness for the Sochi Olympics has been widely publicized, but now it seems like their shoddy construction runs right down the bathroom doors in the Olympic village.

American bobsledder Johnny Quinn got trapped in one of the bathrooms because the door jammed. Thankfully, Quinn's bobsled training involved a lot of... ahem... forceful thrusting. Rather than face a slow, agonizing death in a Sochi dook hut, Quinn used himself as a battering ram to break through the door to freedom.

After all, he's an American! He knows all about freedom! 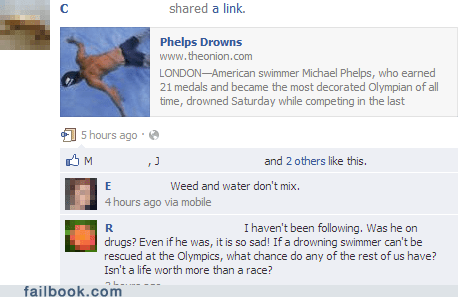 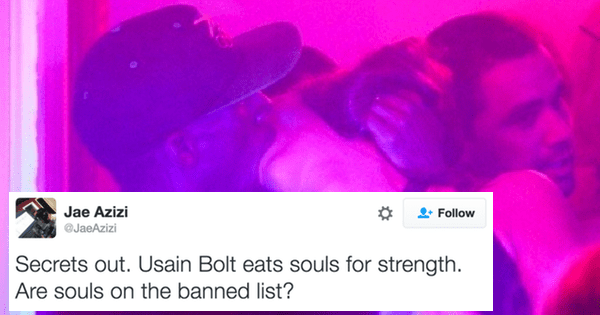 The eye infection that has been plaguing Bob Costas has spread to his other eye, forcing the commentator to step down in favor of (hopefully infection-free) Matt Lauer. This is how the internet responded. 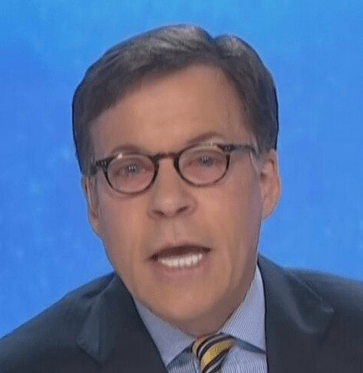 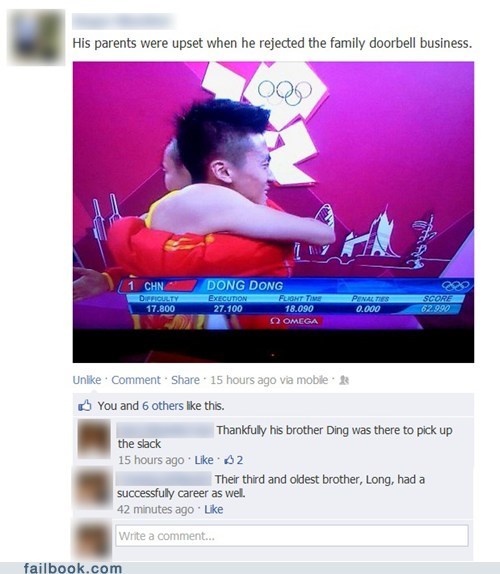 I did this thing where I laughed out loud at an Olympics joke and I thought up a really great term for it called Roflympics everyone should start using it right now before the Olympics are over. 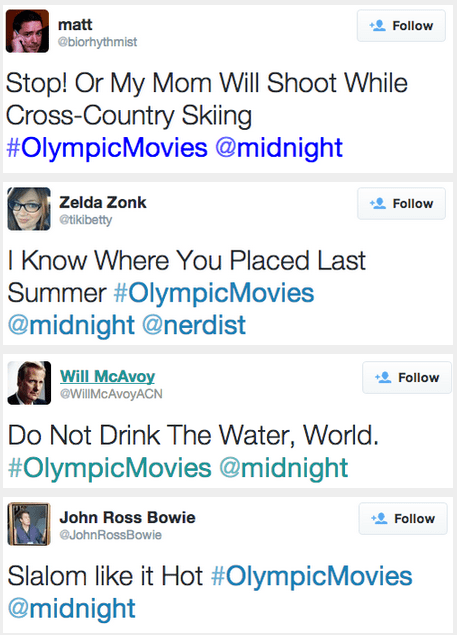 Ellen DeGeneres photoshopped herself riding Usain Bolt's back with the caption "This is how I'm running errands from now on." Even though the viral image of Usain Bolt's memorable smile before crossing the finish line has been Photoshopped hundreds of times, some folks on the internet have found the Tweet to be offensive. #Triggered Calm down people, this is Ellen we're talking about... Just keep swimming, I guess. 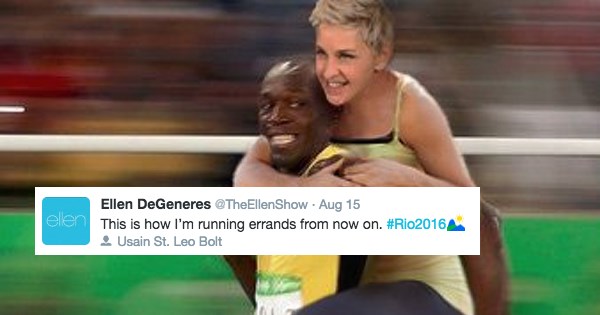 A Win for AMERICA 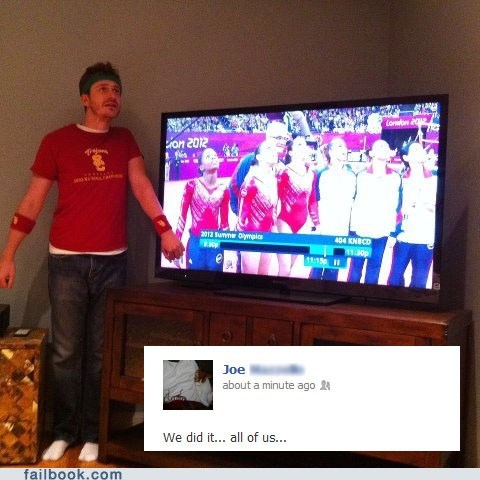 Wait You Guys, What Happened BEFORE 2,012 Years Ago?

Two Olympic Boxers Show off the Importance of Weight Classes 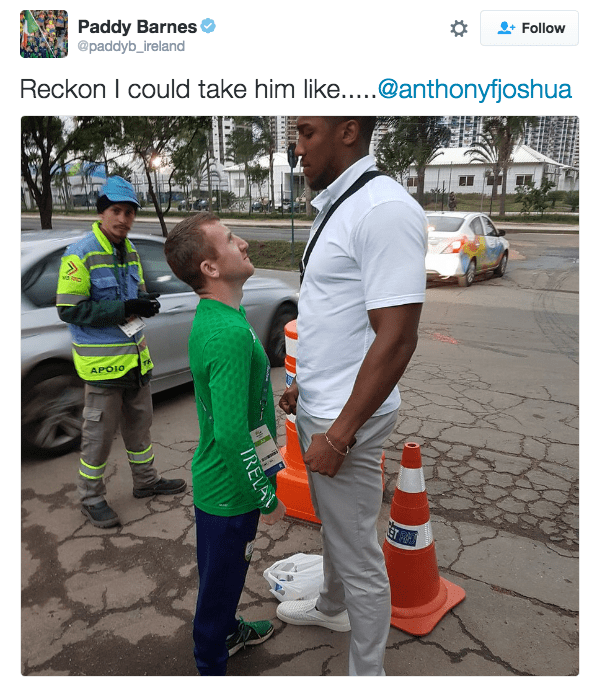 Saturday Night star Leslie Jones has resurfaced on Twitter just in time to live-tweet all the action of the 2016 Olympics.

Leslie Jones is taking on every Olympic sport and rooting on team USA with a terrifying passion. Her love of the Olympics has gained the attention of the Internet and has earned her a personal invite from NBC Rio Olympics producer Jim Bell.

We really hope this is not a joke. The Rio Olympics NEED a little Leslie Jones commentary 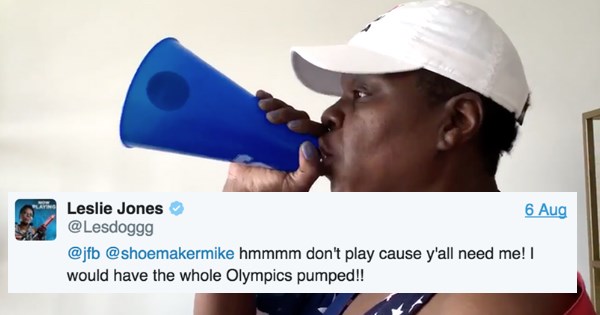 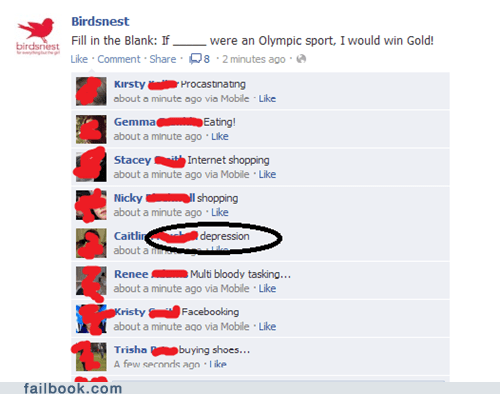 If being awkward on Facebook were an Olympic sport ...