Honor of the Day: Illinois Mayor Gives Cobra Commander Key to the City 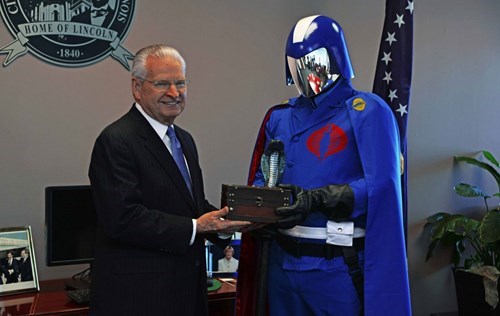 This week in Springfield, Illinois the forces of evil have emerged victorious.

“Springfielders near and far, I accept your Mayor’s generous gift,” he said. “And let it be known that I too bring a gift for every man, woman and child of this city that is so near and dear to my heart; an invitation to join with me. Join Cobra!”

It makes a lot of sense, considering Springfield served as a secret base for the villain and his forces in the cartoon.

The stunt is actually a promotion for the upcoming G.I. Joe convention which will be held in the city, which they describe as the “mythical home of COBRA,” from April l9-12.

So now you know, and knowing is half the battle.

Here’s a supercut of Cobra Commander shouting at everyone because that’s just what he does and will continue to do in Illinois now that they’ve welcomed him with open arms. 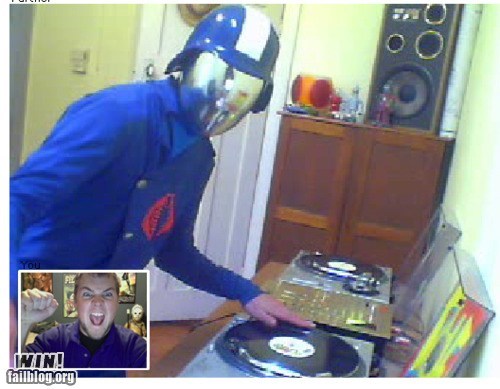 I wonder what sort of hot beats DJ Cobra Commander is spinning? These guys should know.

Pettiest Things Adults Did To Kids